She who looks most like Mei Lanfang is gone, Du Jinfang died of illness at the age of 89

Du Jinfang died of illness in Beijing at the age of 89, one of the few people in the Peking Opera industry today known as "Mr."   She who looks most like Mei Lanfang is gone Du Jinfang and Ye Shenglan Photography by Du Jinfang and his disciple Ding Xiaojun/Reporter Wang Xiaoxi   The famous Peking Opera performer of the National Peking Opera Theatre, a national non-genetic person, and the fam 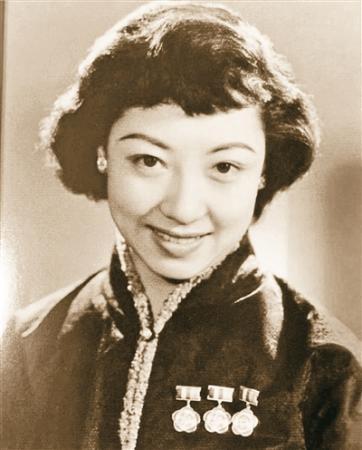 Du Jinfang died of illness in Beijing at the age of 89, one of the few people in the Peking Opera industry today known as "Mr."

She who looks most like Mei Lanfang is gone

A reporter from the Beijing Youth Daily learned from the National Peking Opera Theater that in response to the epidemic prevention requirements, there will be no mourning hall after the death of Mr. Du Jinfang. The farewell ceremony for the remains is scheduled to be held at 9 o'clock on April 23 (Friday) in the auditorium of the Babaoshan Revolutionary Cemetery.

Pretending to be handsome and beautiful, under the tutelage of Wang Yaoqing and Mei Lanfang

Since childhood, Du Jinfang has studied under the artist and educator Wang Yaoqing, known as the "Master of Liyuan Tongtian", and later became the teacher of Master Mei Lanfang. He has gained the essence of Wang and Mei's art. On the basis of inheriting, he has studied various genres and formed Own unique artistic style.

The famous opera host Bai Yansheng called Du Jinfang the "epoch-making big Tsing Yi". She sold herself to learn art since she was a child. She was tortured and hated the old society, so she devoted great enthusiasm to the creation of new life.

She is good at controlling breath, volume and rhythm, and uses the technique of combining true and false sounds.

Also in "The Legend of the White Snake", Li Shengsu said that Teacher Du's appearance is beautiful.

And Du Jinfang's disciples Ding Xiaojun, Dou Xiaoxuan, Fu Jia and others are also recognized as handsome in appearance.

If the era of "Li Yuan Ye Du" is the golden age of Chinese Peking Opera after the founding of New China, then Du Jinfang is the youngest witness among them.

She created and premiered more than 20 new plays: she can sing "The Legend of the White Snake" and also act in "The White Haired Girl"; her performances in the 1950s and 1960s were "Xie Yaohuan", "Wild Boar Forest" and "Peach Blossom Fan". "The Story of the West Chamber", etc., are all repertoires that have been performed on the Peking opera stage for a long time; in modern Peking opera, she also has masterpieces such as "The White Haired Girl" and "The Red Detachment of Women".

Since 1951, Du Jinfang has worked in the Experimental Peking Opera Troupe of the Chinese Academy of Opera of the Ministry of Culture. He has cooperated with Li Shaochun, Ye Shenglan and others on a regular basis, and has performed with the troupe many times.

She and Ye Shenglan cooperated a lot in the 1950s, especially "The Legend of the White Snake" and "The Story of the Willow" are the most popular.

In addition, the "Wild Boar Forest" she collaborated with Li Shaochun and Yuan Shihai has become a classic.

She mentioned, "At that time, we had the consensus that to play Xier well, we could neither use the traditional Peking opera dramas to show the footsteps and statures of classical female characters, nor copy the original ecology of the characters in life into Peking opera performances. Performing artistic refinement of character movements in real life and rising to the level of artistic expression." In the shaping of Xi'er, she makes full use of the stylized methods of Peking opera she has at her disposal, living, emotional, and contemporary. Process rhythm and singing in accordance with the character's psychological logic.

"They all said that studying the Book of Changes is to help me, and I will have the ability to analyze and think on both sides when encountering things in the future. This can be used not only in art, but also in dealing with people."

In her opinion, from being an actor to being respected as an artist after entering the theater, she has created dozens of new plays in more than 60 years. Disciple art.” Today, her disciples Ding Xiaojun and Dou Xiaoxuan have become young leaders in the Peking Opera stage today.

Even in her eighty-year-old, Du Jinfang always cleans herself meticulously every time she attends an event, but in her life, her home furnishings are extremely simple, and her diet is even simpler.

She once said, "I can't waste time on eating and dressing. I have to make time to teach opera to students."

I can only sing in my life

In her old age, Du Jinfang still insisted on reading books and watching video materials. Every time she attended an event, there were always stories and details in her speech. Every move and smile seemed to be in the play.

Due to her advanced age, Du Jinfang does not go out to watch theaters, but she knows the current situation of Peking Opera well. She is anxious and pleased with the changes in the stage and the status quo of talents, and she often speaks out.

Du Jinfang is one of the few actresses known as "Mr." in the Peking Opera industry today. Some people say that her artistic life is the epitome of Chinese contemporary Peking Opera.

In the interview feature film "Old Artists Talking about Play and Art", she said that she "drew into the play all the time", and she could only sing for the rest of her life.

Nowadays, with the death of Du Jinfang, the era of "Li Yuan Ye Du" is gone, but the most beautiful "Lin Lady"'s sad and euphemistic sings are still lingering, telling the beauty of the golden age of Peking Opera.