USA: One killed in gunfire at Tennessee high school

According to police, a person was shot dead in a school in the US state of Tennessee. In addition, a police officer was injured. Governor Bill Lee said the situation was "very difficult and tragic". 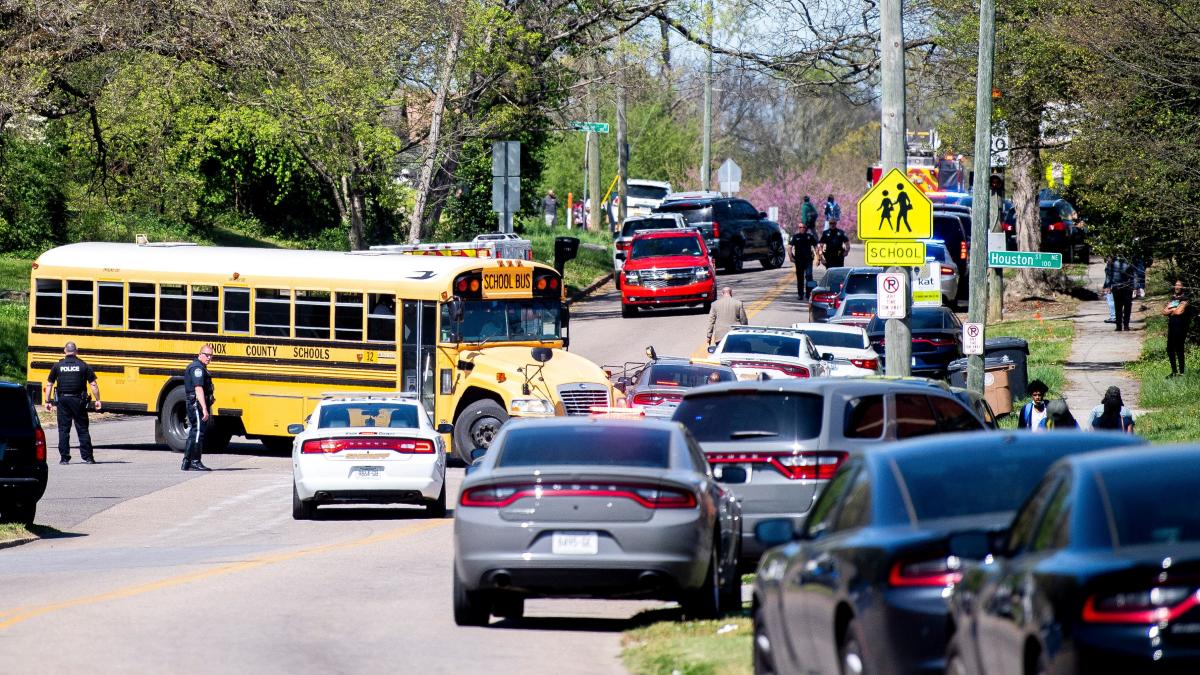 According to police, a person was killed in a shootout at a school in the US state of Tennessee.

A police officer was also injured in the incident in the city of Knoxville, but probably not life-threatening, the police said on Monday.

One man was therefore taken into custody.

In the first police reports it had been said that there was information about several gunshot victims.

The school building had been evacuated and secured, said the school authorities of the Knox district.

The United States is repeatedly rocked by deadly gun attacks in schools.

At Columbine High School in Littleton, two teenagers shot and killed twelve classmates and a teacher in 1999.

They then committed suicide.

There have been several serious incidents involving gun violence in the United States since mid-March.

Eight people were killed in massage parlors in the greater Atlanta area.

Ten people were shot dead in a supermarket in Boulder, Colorado.

Four people, including a nine-year-old, were killed in an office building in Orange, California.

In a factory in Texas last week, an employee shot and killed a man and injured six others before he was arrested.

US President Joe Biden last week called gun violence in the United States a "plague" and "eyesore" for the country and called for stricter gun controls.