On the Europe 1 cinema show, &amp; quot; CLAP! &amp; Quot ;, a guest takes a weekly cinema questionnaire on the films of his life. On Saturday, it was actress and director Aïssa Maïga who answered Margaux Baralon's questions about her memorable feature films, from the most bewitching to the saddest. 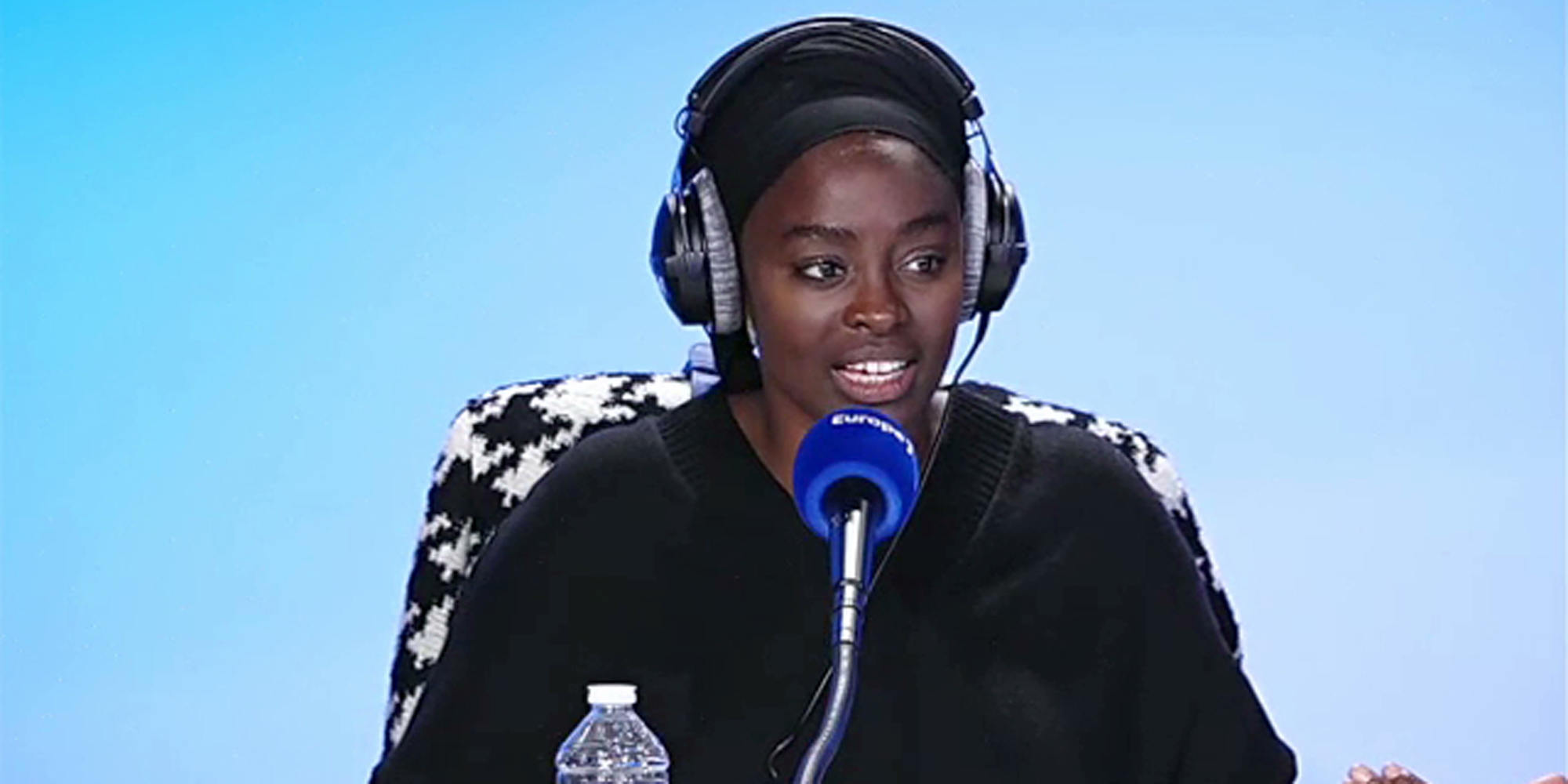 On the Europe 1 cinema show, "CLAP!", A guest takes part in a weekly cinema questionnaire on the films of his life.

On Saturday, it was actress and director Aïssa Maïga who answered Margaux Baralon's questions about her memorable feature films, from the most bewitching to the saddest.

, Europe 1 covers the latest news in the seventh art.

, guest of honor at the Women's Films festival which takes place online until Sunday, immersed herself in her memories of film buff at the microphone of Margaux Baralon.

every Sunday from 2 p.m. to 3 p.m. on Europe 1 as well as in replay and podcast here

What is your best memory indoors?

"I would say there was

. I was really bowled over by the film, especially its second half, when the character who got lost on purpose in the great outdoors begins to take in, bit by bit. small, that he will not leave. I also appreciated the aesthetics of the film, its rhythm, its brutality and the incredible performance of the main actor. For also very personal reasons, I do not "I couldn't get up at the end of the film ... It's that simple. I don't know if it's the best film, but in any case it was one of the most memorable for me.

One of the best cinema memories is also seeing

Mom, I missed the plane!

In the room, people were talking to Macaulay Culkin, who plays the kid in the movie, to tell him where the thieves were hiding, where the bad guys were, what to do ... I had never seen that. !

It was crazy stuff!

I was going to see

So you have to imagine a very large hall with a lot of spectators.

But be aware that there were also very frequent power cuts.

So you are watching a film that is extremely breathless, with an almost bearable suspense, and every quarter of an hour there is a power cut.

I thought I was going to die.

The masterpiece you hate?

I would say Clockwork

I don't really know why.

It's been a while since I've seen him again, but I would say maybe it's a form of cynicism.

Still, I don't have a problem with being sometimes made uncomfortable by a movie.

It can even be part of the pleasure of cinema, but in this case, I reject it.

Which movie have you seen the most?

by François Truffaut, without hesitation.

I am not talking about the films my children have seen and which, by necessity, I have seen hundreds of times.

But the film that I have voluntarily seen a lot of times is him.

When I first watched it, I was about the age of Antoine Doinel, the main character.

I was a teenager and I discovered a film that had been made long before I was born, but which was modern.

It seemed very current to me and yet it was shot in black and white.

But I remember that sometimes I would come home super fast from school to watch this movie.

It sounded like a documentary and I thought it was amazing.

Which movie made you laugh the most?

The movie came at a time when we needed to relax a little with this live-action murder story of George Floyd and all that has come behind it, with marches all over the planet, people who wanted to say stop to anti-black racism in a very firm, very visible and very united way.

This film also belongs to that context.

Films are also made for that, to respond to reality in a rather sharp or incisive way.

I'm also a big fan of Jean-Pascal Zadi and the self-deprecation he has about his own character.

He makes me laugh !

With his head, obviously his teeth, his smile and the way he uses it.

To me, it's like a kind of Buster Keaton, a little still.

The feat is him.

He has nothing to do.

Which movie made you cry the most?

It's an animated film,

The Tomb of the Fireflies

We are in Japan and the film tells the story of a family broken up by the Second World War.

There is this big brother, who is about ten years old, and who has to take care of his little sister aged five or six.

They are all they have.

They are everything for each other ... The director, Isao Takahata, died three years ago.

With artists, we sometimes have this feeling of closeness: this Japanese man, I never met him, but I felt a real sense of loss when he disappeared.

What is the soundtrack of your life?

It is still timeless. "