The Spanish government blocked the sale of a painting that could be produced by the Italian painter Caravaggio on Thursday, a few hours before the auction. This oil on canvas, called &amp; quot; Crowning with Thorns &amp; quot; &amp; nbsp; has been declared &amp; quot; inexportable &amp; quot; and will not be able to leave Spain, "as a precaution," government sources said. 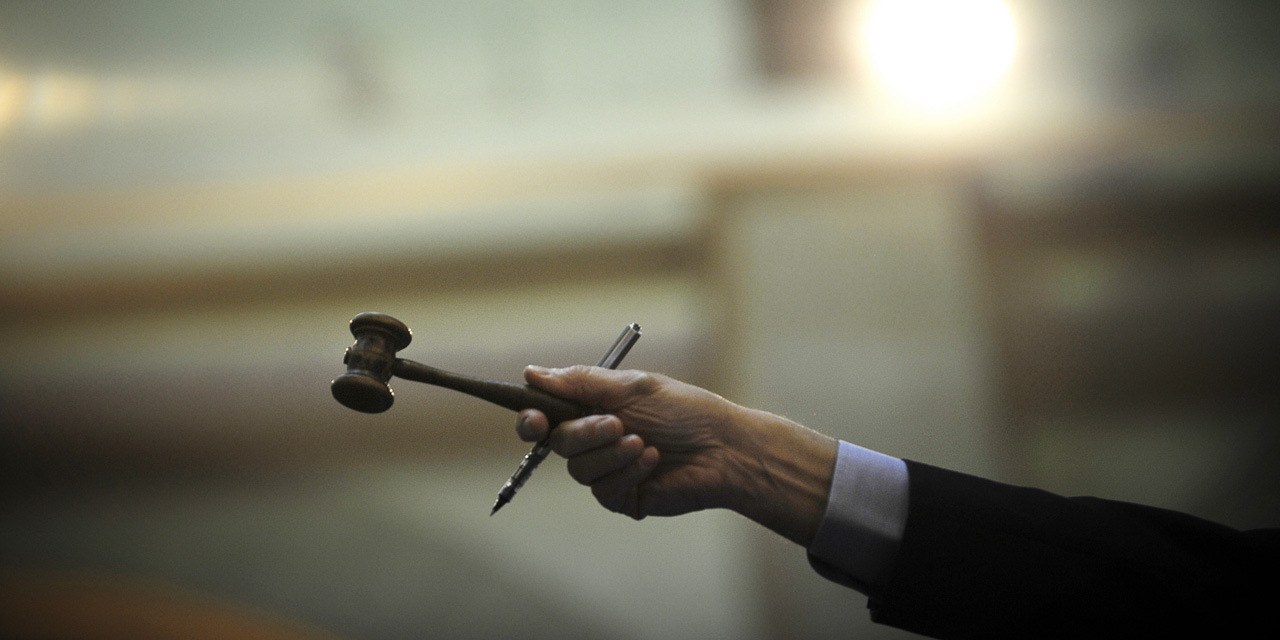 The Spanish government blocked the sale of a painting that could be produced by the Italian painter Caravaggio on Thursday, a few hours before the auction.

This oil on canvas, called "Crowning with Thorns" has been declared "inexportable" and cannot be released from Spain, "as a precaution," government sources said.

The Spanish government blocked the sale of a painting on Thursday, a few hours before the auction, believing that it could be by Caravaggio, the Italian master of chiaroscuro.

This oil on canvas, called "The Crowning with Thorns" and considered until then as the work of a painter from the school of José de Ribera, has been declared "inexportable" and will not be able to leave Spain. , "as a precaution," government sources said.

"We'll see if it's a Caravaggio"

A decision taken on the basis of a report from the Prado Museum highlighting "sufficient documented and stylistic evidence" to consider that the work is by Michelangelo Merisi da Caravaggio, says Caravaggio.

Contacted, the Ansorena auction house, which was in charge of the auctions, confirmed the withdrawal of the painting from the sale.

Given the "rapidity of events", it will now be necessary to carry out a "in-depth" technical and scientific study in order to determine, "during an academic debate, whether attribution to Caravaggio is really possible", stressed again government sources.

"We will see if it is a Caravaggio", confirmed, during a visit to a contemporary art fair in Madrid, the Spanish Minister of Culture José Manuel Rodriguez Uribes.

Caravaggio specialist, Maria Cristina Terzaghi, professor of modern art history at the University of Rome III, expressed doubts about the author of this "Ecce Homo" and indicated that it could be a canvas by the Italian master (1571-1610).

"It's him," she assured in the columns of the Italian newspaper

"The purple mantle with which Christ is dressed has the same value as the red of the Salome (with the head of Saint John the Baptist) of the Prado in Madrid", of Caravaggio, according to her.

"A deep link with the paintings made"

"This work has a deep link with the paintings made" by Caravaggio "at the beginning of his stay in Neapolitan," she said.

Pontius Pilate in the foreground is also reminiscent of Saint Peter, martyr of Our Lady of the Rosary, visible at the Kunsthistorisches in Vienna.

Caravaggio, the Italian daily recalls, had painted in Rome in 1605 an "Ecce Homo" for Cardinal Massimo Massimi.

A painting on the same theme, the description of which corresponds to the painting whose sale was blocked, was inventoried in 1631 in the collection of Juan de Lezcano, Spanish Ambassador to the Holy See, and was in 1657 in Naples, in the collection of García de Avellaneda y Haro, Count of Castrillo and Viceroy of Naples.

The "Salomé", which has been part of the Spanish royal property since 1666 and can be seen at the Prado, also belonged to the collection of the viceroy.

The two paintings could therefore have left Italy for Spain with their owner in 1659.

Another canvas had been discovered in Toulouse

Another canvas discovered in an attic in Toulouse, France, and attributed by experts to Caravaggio, has caused much ink to flow in recent years.

Priced for 30 million euros and estimated at 100 to 150 million, "Judith and Holopherne" had been sold in June 2019 to a foreign buyer, 48 hours before its auction, which had therefore been suspended.

After its discovery in 2014, this painting was classified by the French state as a "national treasure" in order to prevent its sale abroad too.

But the lack of certainty on its authenticity, which divided the experts, and its value had finally played in the decision of the State not to acquire it.

A few days after the sale, the buyer had been identified by the media as an American art collector close to the Metropolitan Museum of Art.