&amp; quot; I call on parliamentary groups to make the text their own, to enrich it, to use it to facilitate a key debate at a key moment in history ... 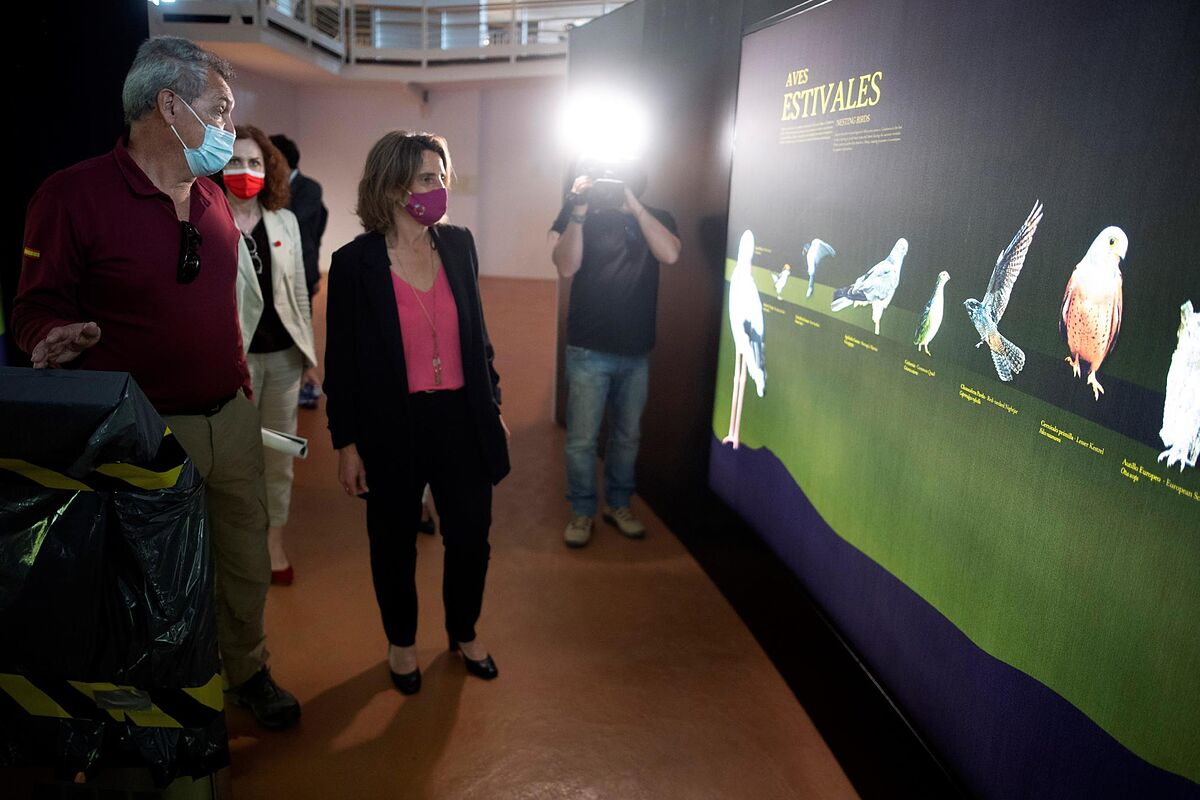 "I call on parliamentary groups to make the text their own, to enrich it, to use it to facilitate a key debate at a key moment in the history of our country."

With these words, the Vice President of Ecological Transition,

presented in May 2020 the draft Law on Climate Change and Energy Transition with which the Government intends to lay the foundations to reduce the country's polluting emissions and move towards a more economic model. sustainable.

Ten months later, Ribera is on the verge of failing in his mission as he has failed to rally a large majority around a law considered strategic.

The Commission of Ecological Transition and Demographic Challenge of the Congress of Deputies analyzes this Thursday the legislative text with a view to its approval and referral to the Senate.

This is a fundamental milestone after having received more than

during their processing in the lower house.

At the end of yesterday,

maintained their critical tone with the Government and in conversation with EL MUNDO they were moving away from a hypothetical support for the Law.

"The Law is very good at prohibiting and limiting, but not enabling. It is sectarian and ideological, without consensus of any kind," explains the 'popular' deputy

"The vice president wanted a consensus law, but that implies sitting down to talk and negotiate. That has not existed and it will make this Law like the education law, which changes every time the government changes," adds

, the spokesperson. of Ecological Transition of Citizens.

"The PSOE, directly, has not addressed us. It seems that climate change is the end of the world, but it is not an imminent problem," concludes

spokesman on the matter for Vox.

Despite the reluctance of these three parties, which make up 42% of the deputies, Ribera yesterday was confident that Congress will support his climate change law "if there are no surprises and we hope there will not be."

PSOE and Podemos have worked intensely in recent months to obtain the support of a parliamentary majority based on the votes of the parties that supported the motion of no confidence.

And that despite the fact that even leftist groups like Más País, led by

have stated that the law has fallen too short in its environmental ambition.

The vote this Thursday has been divided into three blocks.

The amendments for articles 1 to 14 will be voted first, then 15 to 36 and finally the additional provisions.

At the same time, the groups may vote on the amendments submitted individually.

Until last night calls were being made between different formations to add votes to different transactional amendments that seek to group the different initiatives of the groups.

What changes does the new Climate Change Law introduce?

The bill has as its epicenter the reduction of polluting emissions so that the country meets the objectives set by Brussels and committed to in the Paris Climate Agreement.

To achieve this goal, the law shields the obligation that 100% of the electricity generated in Spain originate with renewable sources in 2050 and that the country reduce its greenhouse gas emissions by 23% in 2030 with respect to the 1990 levels, a figure that could be reviewed by agreement of the Council of Ministers.

The target is below what the European Commission currently sets, so some groups insist on raising the adjustment to 30%.

In addition, the new regulations prohibit the carrying out of new surveys and prospecting for fossil fuels or exploitation of materials with radioactive properties, which leaves the uranium extraction project in the municipality of Retortillo (Salamanca) in the dark.

One of the most controversial points of the Law refers to motor vehicles not intended for commercial use.

The final text indicates that in 2040 vehicles that are not zero emissions will not be able to be registered and in 2050 they will no longer be able to circulate directly.

The text also includes the obligation that all cities with more than 50,000 inhabitants have a low emissions zone by 2023, that is, a kind of 'Central Madrid' with traffic restrictions and promotion of pedestrianization and the use of bicycles.

The law contemplates the consideration of climate change in the

planning and management of the terrestrial maritime public domain

and establishes that the occupation titles will be computed from their granting and will include all their extensions, without exceeding the maximum terms established in the coast law, for a maximum computable period for occupation of 75 years.

Other actions are the promotion of the energy rehabilitation of buildings, the reinforcement of the contents related to sustainability and climate change in the educational system and the deployment of chargers for electric vehicles in service stations.