The Historic Contwell Hall Circle, built during Britain's Tudor family, faces an existential threat, as do many historic buildings that were forced to close their doors with the imposition of closure measures following the outbreak of the Covid-19 pandemic. in a 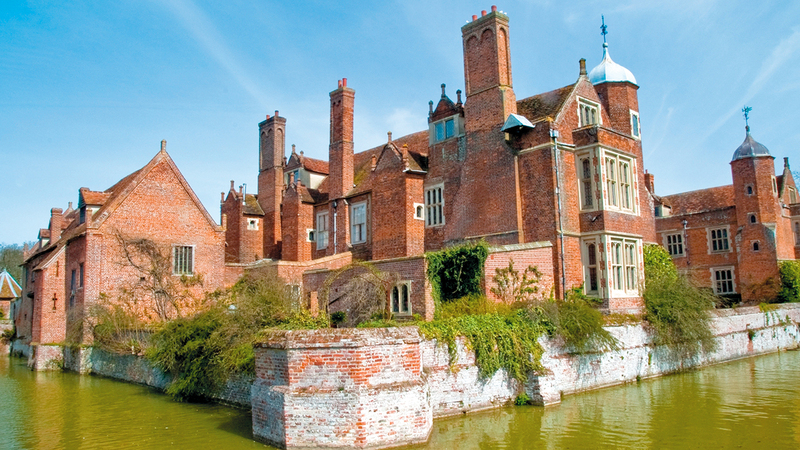 Some of them have lasted 450 years

The historic "Contuel Hall" circuit, built during Britain's Tudor family, faces an existential threat, as do many historic buildings that were forced to close their doors with the imposition of closure measures following the outbreak of the "Covid-19" pandemic.

The house, famous for its towers near Barry St Edmunds, in eastern Britain, has withstood for 450 years, punctuated by many historical turmoil, but is now in dire need of necessary maintenance work, whose cost cannot be secured due to the decline in the house's financial revenues since the start of the pandemic.

In the face of these growing financial hardships, landlords such as Patrick Phillips, who bought Kentwell in 1971, had little choice but to appeal to the government to allow them to reopen the homes to visitors as soon as possible.

"He was forced to austerity to the extreme, after the home's financial resources fell by 90% in 2020, after reaching 1.5 million pounds (two million dollars) in 2019," said the veteran former lawyer who undertook the restoration of the house for decades.

He added, "Attempting to manage this house without proceeds constitutes a very tremendous burden," noting that most of the money generated by the historic house came from renting it for events and visitors.

But the absence of any financial source in the past 12 months has meant suspending essential work, such as maintaining a 731-meter-long moat wall around the house.

"The attempt to repair the trench wall, which has collapsed in a sensitive area, is an" absolute disaster "in the absence of funding, Phillips said.

He added, "This part in particular supports an old building built in the 15th century," noting that "before we can enter it and take a look, we cannot know how dangerous it is."

The owner of the historic house was clear in his criticism of the government's plans to reopen the economy, saying, "They are following the wrong path."

Phillips likened historic buildings to the hospitality sector, explaining, "We all suffer unnecessarily."

In February, the British government unveiled a plan that Prime Minister Boris Johnson described as "cautious but irreversible," to get out of a third national lockdown.

However, historic homes and other sectors are demanding an answer as to why they have to wait until next May to open parts of their businesses, and until June to fully reopen, while non-essential retail stores are scheduled to reopen on April 12.

The Historic Homes Association, which represents 1,500 homes, is calling on the government to ensure that it adheres to scientific advice, without imposing unnecessary burdens on the owners of these homes.

"It's vital business, and it has to secure vital financial contributions as well," James Probert, the association's director for marketing and development, said.

He added, "We did not say that you should allow these works to open on April 12th. Rather, we said, can you look into this matter and make sure that everything is done in light of rational scientific advice."

Members of the Historic Home Owners Association will have to pay 1.4 billion pounds for maintenance and restoration work for 2019, of which 400 million pounds are for emergency work, an amount that Robert expects will rise during the pandemic.

"Historic homes are facing a" build-up "of the mold that nests in many homes due to dampness, he said.

He added, "This problem afflicts very important historic homes that are part of our national heritage and are open to the public."

And it is not only historic homes in Britain that are paying the price for the pandemic, but also 34,400 workers employed by homeowners, 3,000 of whom now face the risk of arbitrary dismissal, despite the government aid scheme for the affected workers.

The family of Charles Courtenay, the 19th Earl of Devon, lived in Powderham Castle in southwestern Britain for 600 years.

While it is not possible to compare the repercussions of the "Covid-19" crisis with the damage that befell the castle during the civil war in Britain in the 17th century, Courtenay says: "The water damaged the roof and reached almost a crisis stage."

But national heritage institutions, such as Historic England, helped homeowners by financing winter maintenance, thus reducing the aggravation of problems and the accumulation of financial burdens.

"The Powderham company will reopen its gardens as soon as we can," Courtenay said, noting that very few historic homes have surpluses.

He added, "All that is earned is reinvested in construction or administration."

The Earl explained that the pandemic "destroyed us financially", but when the gardens were opened last summer, the castle became more like a "community space, where people can come and be in the open air after a difficult time this year."

• The Historic Homes Society of Britain includes more than 1500 homes across the Kingdom.