A painting that was auctioned in Madrid for 1,500 euros could be Caravaggio's 'Ecce homo' 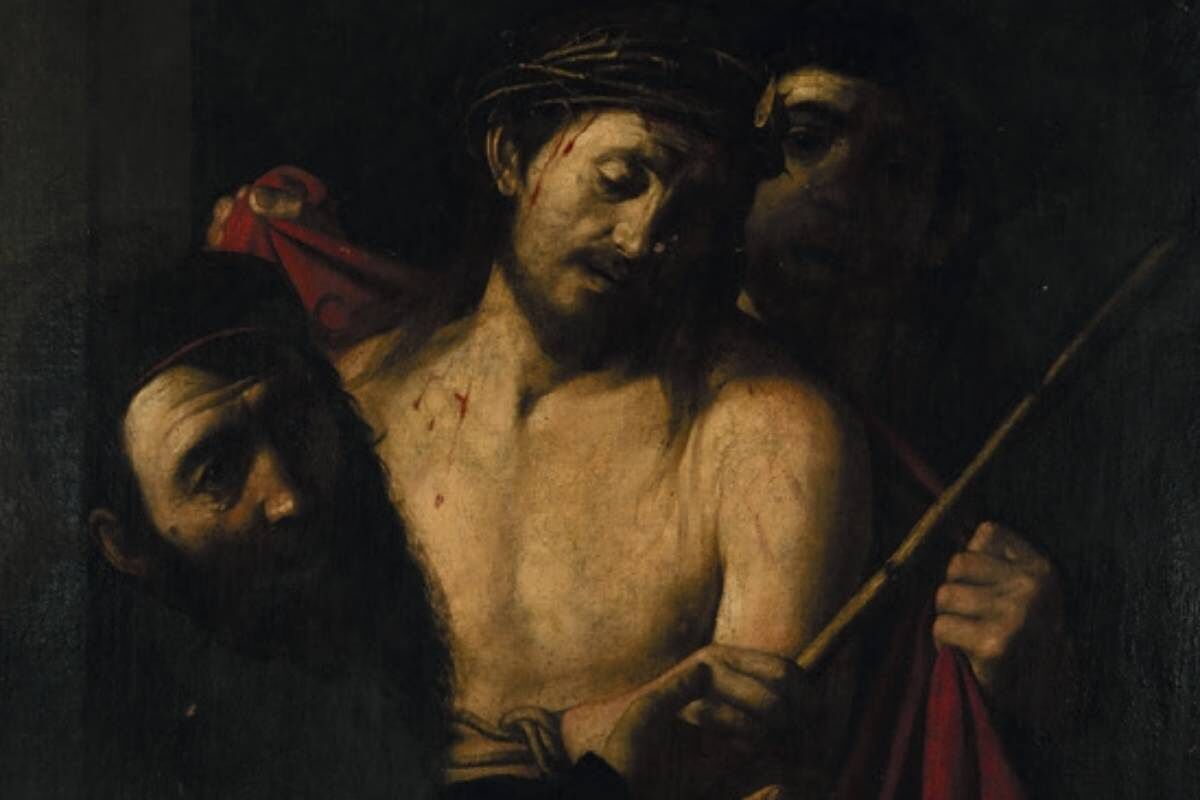 Lot 229 of auction number 409 of the Casa Ansorena in Madrid is scheduled to be auctioned this Thursday at 6:00 p.m.

But this lot, which was listed among 1,483 others in the auction's printed catalog, is no longer in the online catalog and

The Spanish state has blocked the sale, according to the newspaper

What are the reasons for the withdrawal?

The facts related to auctions are always mysterious, but let's start with the statement of the authorized auction house in Madrid: "The lot has been withdrawn because

the piece has to be checked and studied more thoroughly.

The owners had doubts. "On the surface, lot 229 looked like one more of the many paintings that were going to be auctioned, an oil on canvas measuring 111 x 86 centimeters entitled" The Coronation of Thorns "attributed to the circle of José de Ribera (century XVII) Starting price: 1,500 euros.

José de Ribera is a follower of

: he has been in Rome since 1608 and in Naples since 1616, going from being a restless character in "bachelor's suits" to occupying a prestigious position in society.

But why the withdrawal of the piece?

A unique story emerges from the story of the veteran critic and historian of Italian art Vittorio Sgarbi On March 25, Sgarbi learns from Antonello di Pinto, artist and teacher, that there is, according to him, "a painting by Mattia Preti that interests him. an antique dealer ";

and send an image of the work to Sgarbi for expert opinion.

understand that the work is by Caravaggio

and I plan to bring it to Italy."

The antique dealer, who knows the owners of the painting, plans to buy it for hundreds of thousands of euros.

"Until the day before yesterday Di Pinto calls me to inform me that the antique dealer is in Madrid and I tell him that I will buy it at auction. Yesterday morning he sent me another message informing me that the painting has been withdrawn, perhaps due to excess supplies," he says. .

There is no possibility of verifying this aspect, but the dynamics is as follows: if a painting goes up for auction at a low price, nobody cares, but if the price rises, the risk is of an intervention that forces it to stay in the country in where it is located (Spain, in this case).

By withdrawing it, the owners could sell it to whoever they want

and, if the thesis that it is Caravaggio is proven, "

the price could be between 100 and 150 million euros

, if it is sold to a private investor or 40 or 50 million if he sells it to the Prado Museum ", says Sgarbi.

The attribution to Caravaggio is not based only on the experience of an expert, but on the interpretation of some documents.

of which Caravaggio himself writes: "I, Michel Angelo Merisi da Caravaggio, force myself to appear before the illustrious Massimo Massimi for having been paid for a painting of value and greatness such as the one already I made him of the coronation of cryisto ... June 25, 1605 "(Massimi Family Archive, Rome).

The historians Bellori and Baldinucci report at the end of the 17th century that this work was in Spain.

Roberto Longhi will identify the work with the

from the Doria collection kept in the Palazzo Bianco in Genoa.

"For me," says Sgarbi, "it is more like this: here the imprint of Caravaggio can be seen in the brutal gaze of the man on the left and in the hand that holds the red drapery of the stole: this motif is the indisputable signature of Caravaggio ".

No. Nicola Spinosa, a great student of Neapolitan painting of the seventeenth century, disagrees: «

It is not a Caravaggio

in the Prato Museum attributed to Caravaggio by Mina Gregori and of which there is a copy.

In my opinion, the painting is from a high quality 'caravaggieso', but not from Ribera.

You cannot speak names of this importance;

But generally, when a work is withdrawn from auction it is difficult to see it again.

Science and healthThe decrease in the incidence of the coronavirus slows to 132 in a day with 6,255 new infections and 166 deaths