(Abu Farah) faces difficult financial conditions, which made him unable to pay tuition arrears for the past year, and the school administration refused to hand over his four children the results of academic evaluation, after accumulating fees of 24 thousand dirhams out of a total of 28 thousand dirhams, after he was able to pay 4000 dirhams. Abu Farah) that 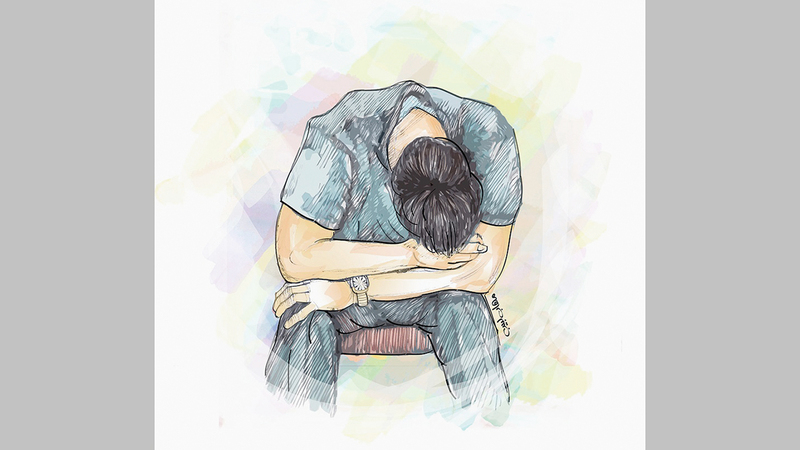 (Abu Farah) faces difficult financial conditions, which made him unable to pay tuition arrears for the past year, and the school administration refused to hand over his four children the results of academic evaluation, after the accumulation of fees of 24 thousand dirhams out of a total of 28 thousand dirhams, after he was able to pay 4000 dirhams.

(Abu Farah) confirmed that he has been unemployed since last year, after the termination of his services from work due to the reduction in the number of employees in the body in which he was working, and he is the only provider for his family, and he suffers from difficulties in managing the value of the school arrears incurred by him, especially since he is currently dependent on the help of some Friends and family, which barely meet the requirements of their daily lives, appealing to the people of good and those with merciful hearts to extend the hand of goodness and help him in managing tuition fees so that his children can complete their studies.

In detail, (Abu Farah) told "Emirates Today" that his financial condition was proceeding normally until one of the private entities that he worked for was terminated at the beginning of November last year, and he became unemployed and the family has no source of income.

He explained that he had been working in the state for more than 35 years in the governmental and private sectors, and that he spent on his family of six, as his four children studied in different educational stages.

And the father added: "My financial situation was good, because I worked in a private agency, and I worked on managing my family's affairs, and I was able to register my children in the classes during the past years and follow their academic career."

(Abu Farah) added that he never expected that his financial affairs would go wrong in this way, so that he was unable to pay the tuition arrears for the past year, which amounted to 24 thousand dirhams, and his difficult circumstances prevented securing this amount, especially since he has been unemployed for about a year.

He continued that he tried to borrow and knocked on all doors to no avail, pointing out that during the last period he did not stop for a moment to search for a new job opportunity through which he could manage the needs of the family, but all his efforts were unsuccessful.

He added that he is afraid that his family will become without a breadwinner and support, especially since he is threatened with imprisonment at any moment, in the event of non-payment of rental arrears as well, pointing out that his financial situation deteriorates and the difficult circumstances he is going through have made him unable to manage even a small part of the rent arrears .

Abu Farah appealed to those with merciful hearts and white hands to help him in light of his difficult circumstances that he is going through, and to manage the value of the school arrears accumulated on him, so that his children can complete their school career.

«Obofarah» failed to find a new job and accumulated debt.