"Arab inscriptions" tells the story of an ancient civilization

In a new initiative aimed at employing digital space in the field of culture, Sheikh Nahyan bin Mubarak Al Nahyan, Minister of Tolerance and Coexistence, launched the "Arab Inscriptions Gate" website yesterday morning, the new initiative of "Anasy Media", which is considered the largest virtual museum open for inscriptions. 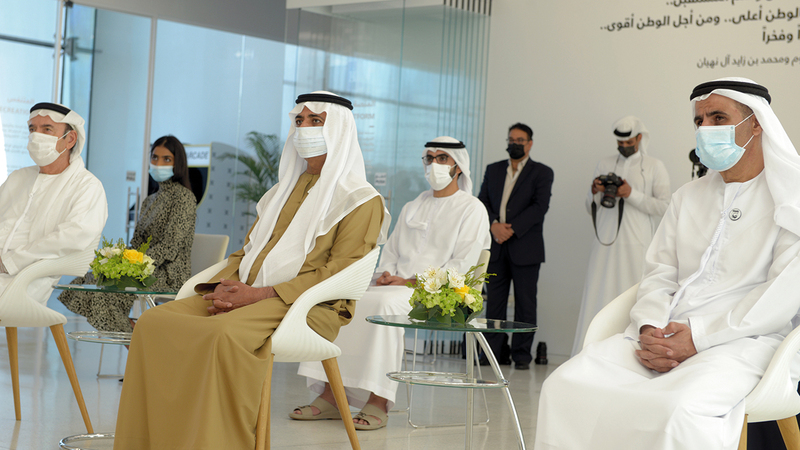 "Arab inscriptions" tells the story of an ancient civilization

In a new initiative aimed at employing the digital space in the field of culture, Sheikh Nahyan bin Mubarak Al Nahyan, Minister of Tolerance and Coexistence, launched yesterday morning the website "The Arabic Inscriptions Portal", the new initiative of "Anasy for Media", which is considered the largest virtual museum open for inscriptions. And the Arabic rock writings, both ancient and modern, or in other words, pre-Islamic and post-Islamic inscriptions.

Sheikh Nahyan bin Mubarak Al Nahyan explained that the inauguration of the "Gate of Arab Inscriptions" reflects the strong keenness, in the Arab countries, to affirm the place of culture and heritage in the nation’s march, and also keenness to develop cultural relations between them, which are relationships based on sincere brotherhood. And sincere endeavor to highlight the ancient history of the Arab region, and deepen interest in its original heritage, its place and its role in the march of mankind, over time and ages.

He stressed, during the ceremony held at the Abu Dhabi Youth Center, that the website, which was launched from the land of the Emirates, will be an important addition linking the Arab person to his history and heritage, which is in line with the approach and directives of the founder of the state, the late Sheikh Zayed bin Sultan Al Nahyan, May God bless him and grant him peace, who used to say that a lack of interest in history leads to a lack of interest in the future, and that a successful future depends on the creative connection with the original and extended roots of the homeland and the nation, and that history, knowledge of it, and the assimilation of its lessons is the basis of the progress of society.

The development of civilizations

Sheikh Nahyan bin Mubarak added: “The launch of the Arabic inscriptions portal is a strong expression that the ancient drawings and inscriptions in our country indicate a continuous, ancient civilization, and that these important and rich inscriptions reflect the patterns of life, trade, and human relations with others. But also the importance of the region in the movement of development of cultures and human civilizations, throughout all of human history.

The antiquities of the Arab region have contributed, and still are, to achieving a better and more comprehensive understanding of human history, and our important role in making civilization and shaping the march of the world », expressing his hope that this online portal will be an important means of introducing, understanding, and understanding the national heritage, and indeed In spreading power in it, and bringing it closer to souls and minds by relying on the tools of the age, in order to deepen our connection with this heritage, our admiration for it and our appreciation for it, as a unique and immortal national and human heritage, and that this online portal contributes to supporting sincere efforts in all our Arab countries in the fields Collecting and studying heritage, so that it will always be in the heart and soul of the nation’s march in the present and future, wishing as well that the electronic portal for Arabic inscriptions will be an important step on the road to joint Arab action, in collecting, documenting, realizing and disseminating the nation’s heritage using advanced scientific and technical methods, in order to capture all Elements of this broad and extended heritage.

And for the portal to be a field for creative activity, and an extended bridge for communication with the owners of other civilizations and cultures around the world.

The "Arab Inscriptions Gate" is considered as a specialized documented electronic library that collects more than 150 inscriptions of the most important discoveries of Arab inscriptions engraved on rocks and stones selected by a group of scholars and researchers from the United Arab Emirates and more than seven countries in the Arab world. The step behind the tremendous efforts of management and a work team that succeeded in attracting an elite of scientists and researchers in the first stage of the site, and will be expanded further in the coming stages.

This non-profit service website aims to shed light on the importance of this huge cultural heritage that reflects Arab identity and history, in addition to the benefit of specialists, researchers and interested people, all scholars, amateurs and members of the Arab community, by providing documented and presented references in the best methods, in addition to spreading and preserving Arab history The commonality between the Arab countries from the East to Morocco, finding links between them, and creating more scientific studies related to the topics of inscriptions.

In line with the current conditions and the difficulty of visiting the archaeological sites at the present time, the site «Arabic Inscriptions Gate» offers a virtual interactive experience for visitors, where the browser has the opportunity to browse through a virtual three-dimensional gallery that allows the visitor to view a group of inscriptions selected from the site’s inscriptions album, in an interactive manner using Augmented virtual reality technologies.

The inauguration ceremony, presented by the journalist Thamer Al-Sayyah, witnessed the presentation of an introductory video on the importance of Arabic inscriptions, in which a group of scholars and researchers of archeology in the Arab world participated.

The ceremony was concluded with a song by Nidaa Sharara.

• Minister of Tolerance and Coexistence: The portal is evidence of the continuity of civilization since ancient times in the region

• A successful future depends on a creative connection with authentic roots.