His Highness Sheikh Mohammed bin Rashid Al Maktoum, Vice President, Prime Minister and Ruler of Dubai, announced the launch of Dubai "Al Quoz Creative District". His Highness added in a tweet on his Twitter account that the area will be a new destination, to be added to Dubai's smart and artistic cities. And cultural, to achieve our goal 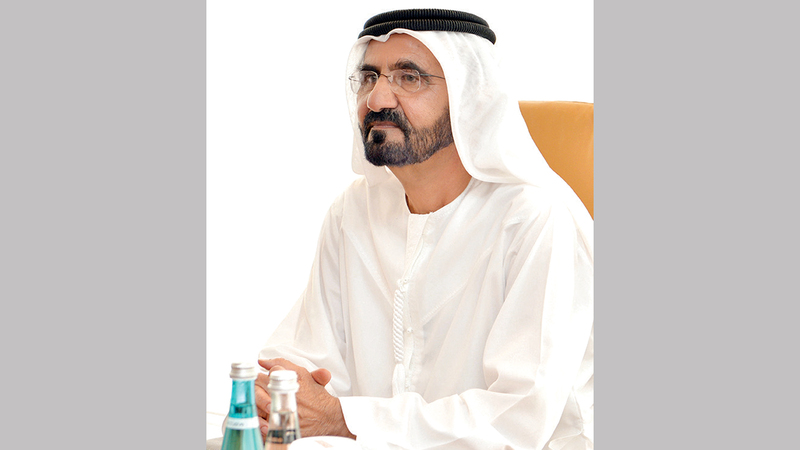 His Highness Sheikh Mohammed bin Rashid Al Maktoum, Vice President, Prime Minister and Ruler of Dubai, announced the launch of Dubai "Al Quoz Creative District". His Highness added in a tweet on his Twitter account that the area will be a new destination, to be added to Dubai's smart and artistic cities. And cultural, to achieve our goal that we have announced to turn it into a global capital for the creative economy.

His Highness said, "The area was launched by Hamdan bin Mohammed, and it will be supervised by Latifa bint Mohammed, and we will all follow its rapid development soon ... and Dubai's creativity will not stop."

His Highness the Crown Prince of Dubai affirmed that the project comes in response to the launch of His Highness Sheikh Mohammed bin Rashid Al Maktoum, Vice President and Prime Minister of the UAE and Ruler of Dubai, the Dubai Creative Economy Strategy, and consolidates the emirate's serious endeavors to be the new global creative capital.

This promising project is based on redesigning the region’s paths to become an integrated creative complex and a destination for creators from all over the world, in addition to entrepreneurs and investors in the field of creative industries, as an original and important part of the economic diversification plans pursued by the emirate to establish the pillars of a future economy based on knowledge and innovation. And creativity.

His Highness Sheikh Hamdan bin Mohammed bin Rashid Al Maktoum directed the formation of a committee, headed by Her Highness Sheikha Latifa bint Mohammed, membership of the competent authorities, and in partnership with the private sector, with the aim of managing the project, overseeing its implementation, and optimally achieving strategic goals.

The creators who are based in the Al Quoz Creative District as their headquarters for their creative businesses and industries, or who will establish new companies or institutions operating in these activities, will obtain the “Al Quoz Creative Membership”, which includes an exclusive variety of investment incentives, including: licenses, flexible multi-activity permits, and support Logistic to create and establish new creative projects.

The Al Quoz Creative District will also include a unified and integrated center for creative services, whose mission is to provide a diverse and integrated set of services to the creative community’s members.

In order to facilitate all amenities for workers in the Al Quoz Creative District, and to provide the best logistical services, the mobility lanes in the region will be redesigned to become a flexible mobility project, to ensure that mobility operations are facilitated in the region through several options for transportation, infrastructure and facilities, including bicycle and “scooter” and walking paths And buses, as well as spaces for restaurants, shops and outdoor galleries.

Within the Al Quoz Creative District, studios for creative people will be provided, in cooperation with Wasl Properties, which are spaces for living, working and creativity.

The Affluent Brands Engagement Program will be launched, which is a strategic initiative aimed at attracting the most famous brands in the world to the Al Quoz region to open branches or stores for them, and take advantage of the various options available to them, with the aim of strengthening Al Quoz's position as a preferred destination for creativity and innovators in Dubai and the world.

The creative industries that will be housed in the Al Quoz Creative District include wide and varied fields, most notably: publishing and books, audiovisual and print media, through cinema, music, video production, artworks, cultural industries, cultural heritage museums, historical sites, archives and major cultural events. And libraries, the manufacture of software and video games, and design of all kinds, whether related to fashion or designing games, programs and buildings, etc., as all these industries need creative ideas produced by the minds of talented and creative people.

The Al Quoz Creative District has incentives that qualify it to become an integrated area, providing all the needs for the growth and prosperity of the creative industries sector in Dubai, making it a strong competitor to similar regions in the world.

It is noteworthy that His Highness Sheikh Mohammed bin Rashid Al Maktoum, Vice President and Prime Minister of the UAE and Ruler of Dubai, launched the Dubai Creative Economy Strategy on April 3, with the aim of transforming the emirate into a favorite destination for creators from all over the world, and the capital of the creative economy by 2025, in order to achieve His Highness's forward-looking vision for a future economy based on knowledge and innovation.

The innovative strategy includes many axes aimed at creating the legislative and investment environment necessary for the growth and prosperity of creative industries in Dubai, and increasing the attractiveness of the emirate to creators, investors and entrepreneurs, as well as for local, regional and global investments in the field of creative industries, thus contributing to transforming Dubai into a global capital for the creative economy.

The Dubai Creative Economy Strategy focused on providing an appropriate and stimulating climate for creative people, thus enhancing Dubai's position as a global destination for culture and creativity, enriching its role as a leading engine for the creative economy, and stimulating the growth of the creative economy sector, thus enhancing its participation in the gross domestic product as a strong tributary of the various future economic system of the emirate. Dubai.

The Dubai creative economy strategy is based on axes, including the launch of an integrated creative zone in Dubai that provides all the needs for the development of a creative sector in the emirate.

And the launch of the Creative Economy Classification and Measurement Framework, which is a dynamic system that enables Dubai to determine its creative "pulse" by creating a new measurement tool for the size and impact of the creative economy.

The process of the creative economy began in Dubai decades ago, when huge and sophisticated creative complexes were established in various sectors, such as Dubai Internet City, Dubai Media City, Dubai Production City, Dubai Studio City and Dubai Design District.

International organizations classify the creative economy as “an economic concept that develops on the basis of creative assets that have the potential to generate economic growth and development.” Therefore, basically, the concept of creative economy places creativity, ideas and human knowledge as the main assets in driving the economy in a country. Becomes global.

The Al Quoz Creative District project comes as the beginning of a large group of plans and initiatives that focus on creative people and workers in various fields that fall under the umbrella of creative industries, and provide them with the elements of success and growth, including providing an advanced digital structure to raise the competitiveness of this industry, and enhance its ability to generate creative ideas.

Dubai realized a long time ago the importance of the creative economy and its positive effects on the overall economic system, as the emirate succeeded in formulating a new concept for creative entrepreneurship in the region, as it invested in establishing creative clusters and attracted a large number of companies that include thousands of innovators from all countries of the world, This resulted in an increase in the sector’s contribution to the gross domestic product, and the emergence of the huge and promising potential of these industries, ensuring that they have a pivotal role in serving the sustainable development goals.

An integrated creative complex that meets the needs of creative people from around the world.

Creative spaces to live, work and create at nominal prices.

Multiple activity permits for workers in the creative sectors.