Radio Foot Internationale - Ligue 1: the battle for the title is well underway!

Lille hits a big blow in Paris (0-1)! Efficient and solid, the northern club are now three points ahead of PSG. Do the Mastiffs of Lille look like a future champion? 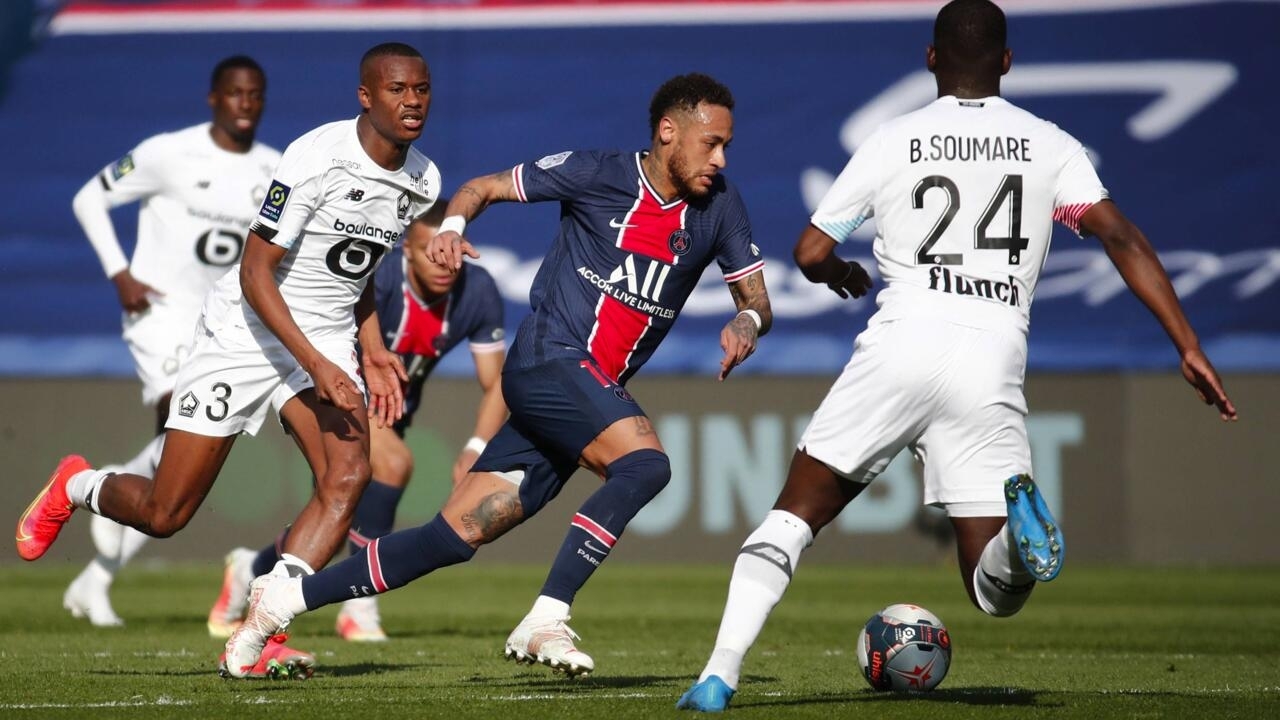 Ligue 1: the battle for the title is well underway!

Efficient and solid, the northern club are now three points ahead of PSG.

Do the Mastiffs of Lille look like a future champion?

Paris to the carpet!

Neymar who sees red, Mbappé in need of inspiration, a midfielder with absent subscribers, two days of a perilous trip to Munich in C1, the formation of Pochettino seems next to its crampons.

Championship and C1, can Paris lose everything?

Monaco drops Lyon from the podium!

Victorious in Dijon (2-0), the Olympians are only a cable away from Lens (5th), a good operation in the fight for European places.

Is OM in the process of putting their heads back to the place under the rule of Sampaoli?

Beaten on the lawn of Seville (1-0), Real Madrid are only three points away and FC Barcelona at a length if the Catalans wins this Monday against Valladolid.

Are the Colchoneros doomed to be swallowed by the two giants of Spain in the home stretch?

Mouctar Diakhaby and his FC Valence briefly left the field following insults against the French defender.

Back on one more case of racism in football.

To read also: Racism: in solidarity with Mouctar Diakhaby, the players of Valencia briefly leave the field

The Congolese club lost 2-0 against the Algerian team of Belouizdad when they had to win to continue to hope.

A disillusionment too much for one of the flagship African clubs.

What is wrong with the Ravens?

To discuss it around Annie Gasnier our consultants of the day: Habib Beye and Hervé Penot - David Fintzel - Laurent Salerno.

Champions League: reunion at the top for Real Madrid and Liverpool

CAN 2021 / Sierra Leone-Benin: the five Beninese tested negative for Covid-19 in France