How to make people forget the mistreatment of Uyghurs in Xinjiang? The Chinese authorities believe they have found the solution thanks to a propaganda which borrows from all the registers therein… 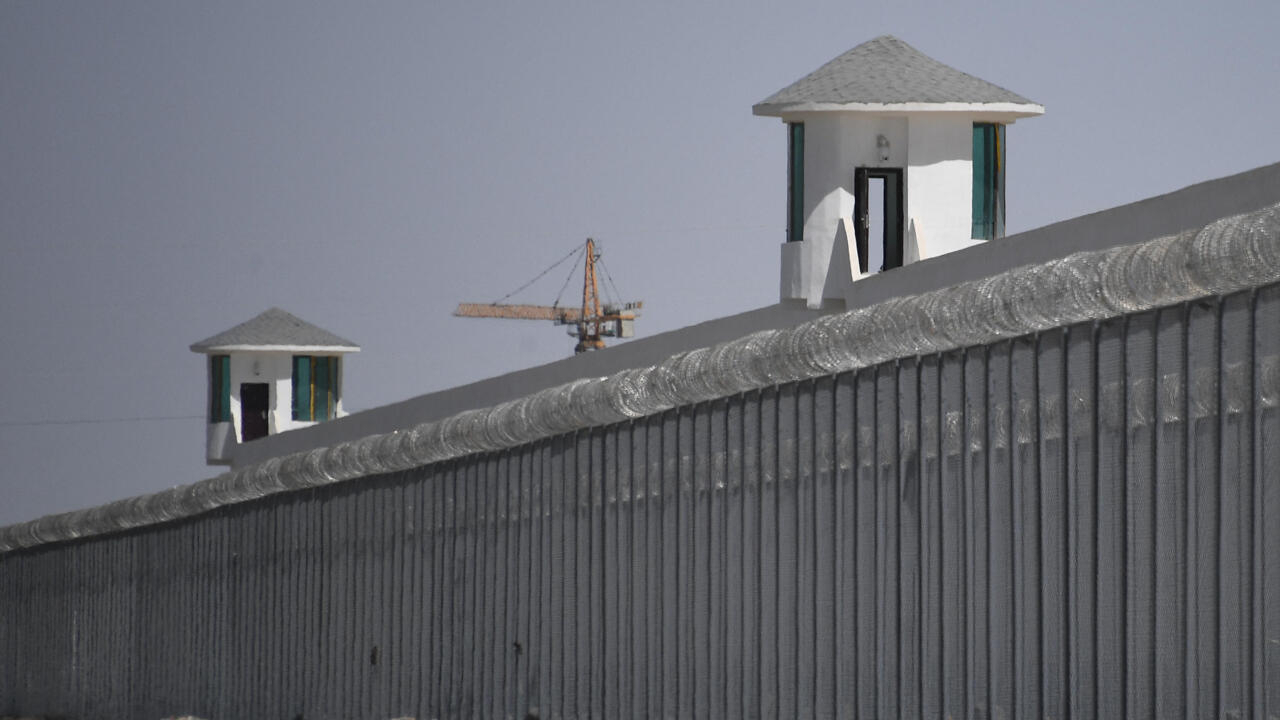 This photo taken on May 31, 2019 shows watchtowers at a high security facility near what appears to be a re-education camp where mostly ethnic Muslim minorities are held, on the outskirts of Hotan in the Northwest region. from Xinjiang in China.

How to make people forget the mistreatment of Uyghurs in Xinjiang?

The Chinese authorities believe they have found the solution thanks to propaganda that borrows from all registers including the fallacious investigation of a French journalist presented as having family in this region of western China.

But nothing can attest to the very existence of this journalist.

On the French website of Chinese television CGTN, we are told that she is a freelance journalist based in France, with a master's degree in journalism, she would have worked in various Parisian editorial offices before settling her bags in Beijing where she lived almost 7 years.

His article, posted on March 28 on the website of the CGTN channel and tweeted this Wednesday at 11 pm, from an account which turns out to be inauthentic, is entitled:

“My Xinjiang, stop the tyranny of fakenews

It takes up the narrative of the Chinese authorities which refutes the existence of detention camps in Xinjiang, and invalidates the testimonies of Uyghurs who left these camps, former and former detainees or instructors.

For Laurène, the information on the repression of the Muslim minority is nothing but a tissue of lies.

There would reign in Xinjiang a "feeling of total harmony" with "happy people", having known neither forced labor nor reeducation, in short, no trace of repression against the Moslem minority.

Still, no tangible element allows to know who is really behind the article published on CGTN.

Laurène Beaumond has never published anything under this name until then, on a country where she would have spent 7 years of her life.

No trace either of this "

", supposed to have gone through the Parisian editorial staff, in the registers of the Commission of the professional card of journalists.

To denounce what it presents as "

", the Chinese state channel has found nothing better, it seems, than to invent this profile.

If however such a person existed, having used Laurène Beaumont as a pen name, nothing above all confirms the “

The same elements of language are also relayed by other foreign actors, authentic French, Australian, Canadian, with the boot of Beijing.

We will quote Maxime Vivas, he who admits during an interview with the journalists Thaïs Chaigne and Laurence Defranoux, not to be a specialist neither of China nor of the Uyghurs, has just released a book whose publicity is ensured by the Chinese official media, with a title very similar to the article signed Laurène Beaumont: "

Uyghurs, to put an end to the fakenews

Full page in Jeune Afrique, the People's Daily praises this book which explains that everything comes from the CIA, and that everything is false in the testimonies of abuse suffered by Uighurs and reported by the Western media.

Beyond the accumulating testimonies of oppression, there are satellite photos showing the location of the internment camps.

After the denial phase, the Chinese authorities ended up explaining that these were establishments to educate the populations and lift them out of poverty.

But then, why these watchtowers and barbed wire and why this extreme police surveillance which prevents the work of journalists, who are not propagandists?

As accusations of genocide against the Uyghurs mount by the Chinese regime, instead of opening up access to the international press, the official media select these accounts from real or false foreigners, putting on rose-colored glasses to watch Xinjiang.