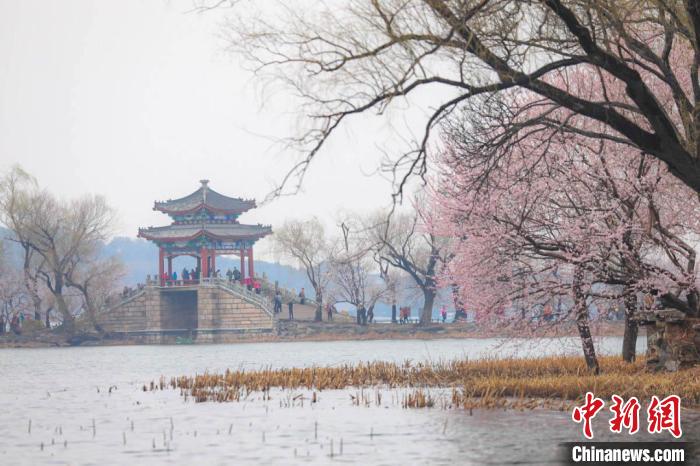 Beijing's major municipal parks will carry out various activities around the theme of "Remembering the Capital, Thinking of China".

Xiangshan Park, Summer Palace, and Beijing Botanical Garden respectively launched a tour route linking revolutionary memorial sites, red theme exhibitions, check-in maps and red post stations, leading tourists to explore the red marks at the former sites of revolutionary activities; Taoranting and Zhongshan Park also expanded "Remembrance on the Clouds" Space, in the public account, launched a column that recalls the past and presents the memory of revolutionary martyrs and spreads the revolutionary spirit in the form of offering flowers, lighting candles, and sending messages.

The Summer Palace, Temple of Heaven Park and the Chinese Garden Museum will hold a number of poems and concerts online and offline to vividly present Chinese traditional festivals and spring garden landscapes in the form of recitation, chanting, and singing. Visitors can participate in the interaction through the official media live broadcast of the park. .

Ching Ming is a good time for outing and admiring flowers.

The cherry blossoms in Yuyuantan Park, the peach blossoms in the Beijing Botanical Garden, and the begonias in Taoranting Park will have the most beautiful early spring blooms during the long vacation.

Kite flying is also one of the customs of Qingming. In order to let visitors understand the customs and allusions of kites, Beijing Zoo, Beijing Botanical Garden, Zizhuyuan Park, etc. will invite teachers to teach tourists how to make kite-related handmade works.

Jingshan Park and Taoranting Park launched activities related to the cold food festival and the making of spring flower cakes with crabapples.

The Beijing Park Management Center reminds visitors: In accordance with the requirements for normalization of epidemic prevention and control, municipal parks and the Chinese Garden Museum continue to implement measures such as "limitation, appointment, and peak shifting".

In order to make everyone get a better experience in the garden, it is recommended that you go to the park and enjoy the flowers in a civilized manner, keep the distance between viewing and taking pictures, protect the green space and return to the green, take care and enjoy the beautiful spring of the park together, and be the most beautiful flower viewers.