Plantu, the designer of the "World", retires and passes the baton

It is this Friday March 31 that the last drawing of Plantu appears on the front page of the World, in the edition dated tomorrow, April 1. But this is no joke. The famous designer, who has just fê… 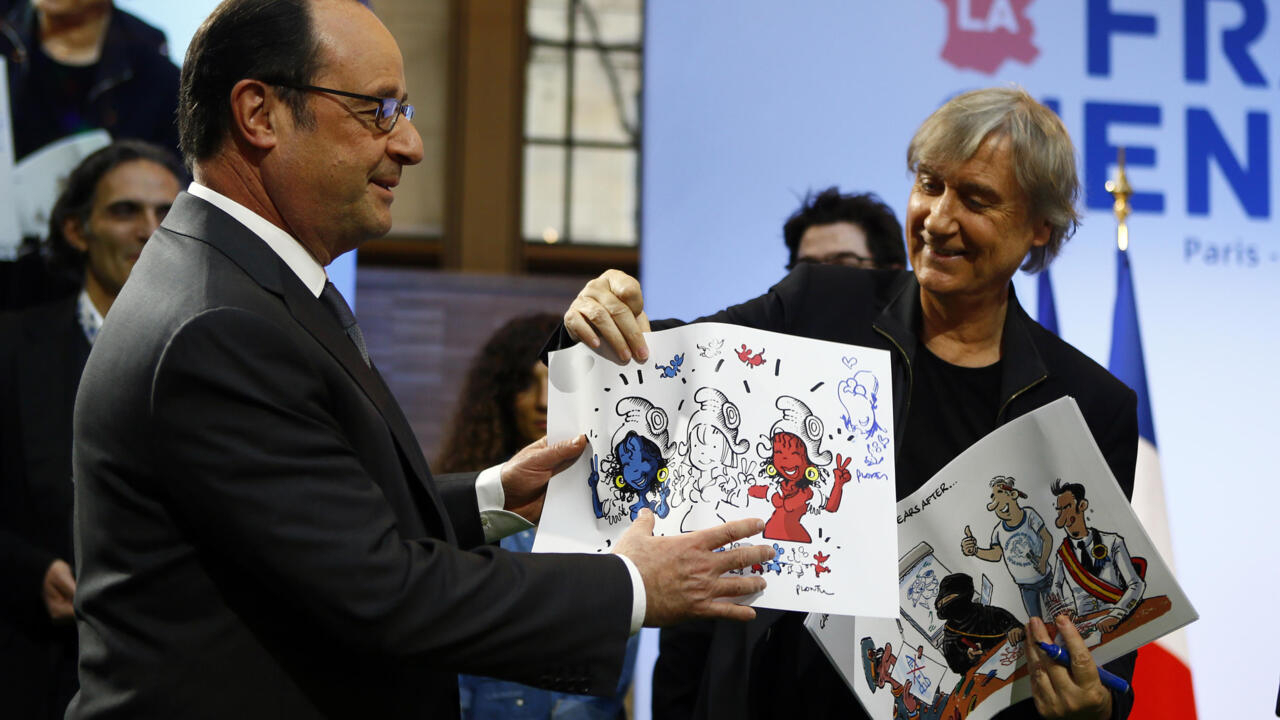 Plantu, the designer of the "World", retires and passes the baton

The French president at the time, François Hollande, and the cartoonist Plantu within the Cartooning for Peage association, January 15, 2017. AP - Francois Mori

, in the edition dated tomorrow, April 1.

But this is no joke.

The famous designer, who has just celebrated his 70th birthday, announced at the beginning of the year that he would assert his retirement rights, after 49 years of career in the

, including thirty on the front page.

It's a page is turned, the A of the

But this last drawing,

himself saw it almost as a relief.

To always be considered, always received as the designer of the newspaper Le Monde, I am proud of it, but it is not easy to wear.

It is a colossal responsibility, because there is no question of disappointing readers.

You have to live up to everything you say.

The Cartooning for peace collective takes back the pencil

To mark the occasion, the newspaper also publishes an eight-page supplement retracing the five decades of Jean Plantu in

A career that began in 1972, in the midst of the Vietnam War, with a drawing of a dove.

Thirteen years later, it was André Fontaine, then director of the daily, who imposed the designer on the front page.

The director was fighting with some who were on the brakes, within the newspaper.

He would collect my drawings in a basket and he would say 'you see this drawing, I want it on the front page'.

And today, Plantu passes the baton on to the cartoonists of

, the organization he created 15 years ago.

It will be very lively and it will shed new light on opinions all over the world, whether it is a Venezuelan on Monday, a Russian on Tuesday, an American on Wednesday ... It looks good, I think.

"Dove in pencil", drawing by Plantu.