The arrival of tourists to Spain in the middle of Holy Week is one of the controversies in recent weeks that all the media are echoing. The... 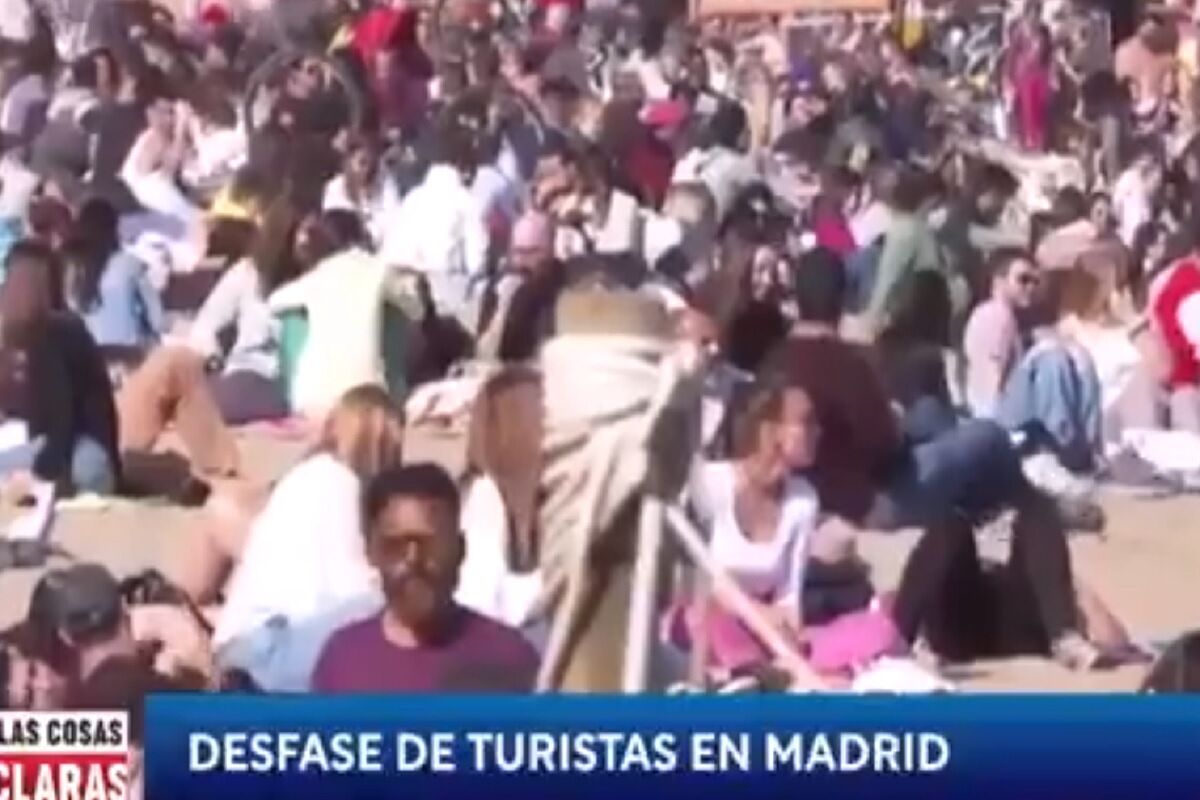 The arrival of tourists to Spain in the middle of

is one of the controversies in recent weeks that all the media are echoing.

The images of last weekend of French tourists in the center of Madrid without a mask and without complying with the protection measures against the coronavirus again pointed to the capital.

echoed the arrival of tourists and put

in the center of the target.

gave information on the arrival of tourists to Madrid, the program broadcast images of

And although Cintora assured that the images were about the Barceloneta beach in Barcelona, ​​the sign took a few seconds to be modified, which caused

a new avalanche of criticism

against the public entity in social networks.

The signs, and also the questions of some public television contests, are bringing more than one headache to

Since that "the Infanta Leonor leaves Spain, like her grandfather", the public channel has been chaining gaffes that have cost him not only having to apologize but also criticism from viewers, and even the occasional fired.

The last one, this Tuesday in the Cintora program.

The erroneous label of Clear Things has thus been added to the latest gaffes of the public entity.

After the label of Leonor and her grandfather, which led to the dismissal of the person responsible for said label, a few days later the use of the image of

to illustrate the news of the vaccination in Abu Dhabi of their aunts, Infanta Cristina and Infanta Elena.

Both times the public broadcaster had to quickly apologize.

A story that has been repeated, but this time without involving the

, but the leader of the opposition.

Later it was in the contest of La 1, El Cazador, in which one of the contestants was asked

"if Pablo Casado has done 6 masters of 40 face-to-face hours and 20 online, what is the total number of hours he has done? "

The uproar generated was such that the show was forced to apologize.

Some apologies that are added to those accumulated in recent months by RTVE.

RTVELa question from El Cazador that puts RTVE back on the ropes: "If Pablo Casado has done 6 masters of 40 contact hours ..."