For two weeks, Germans have been able to vacation on Mallorca despite Corona, but not on the North or Baltic Sea. Chancellor Angela Merkel's (CDU) wish to ban travel abroad has not come true. A corresponding test order is deemed to have been completed. 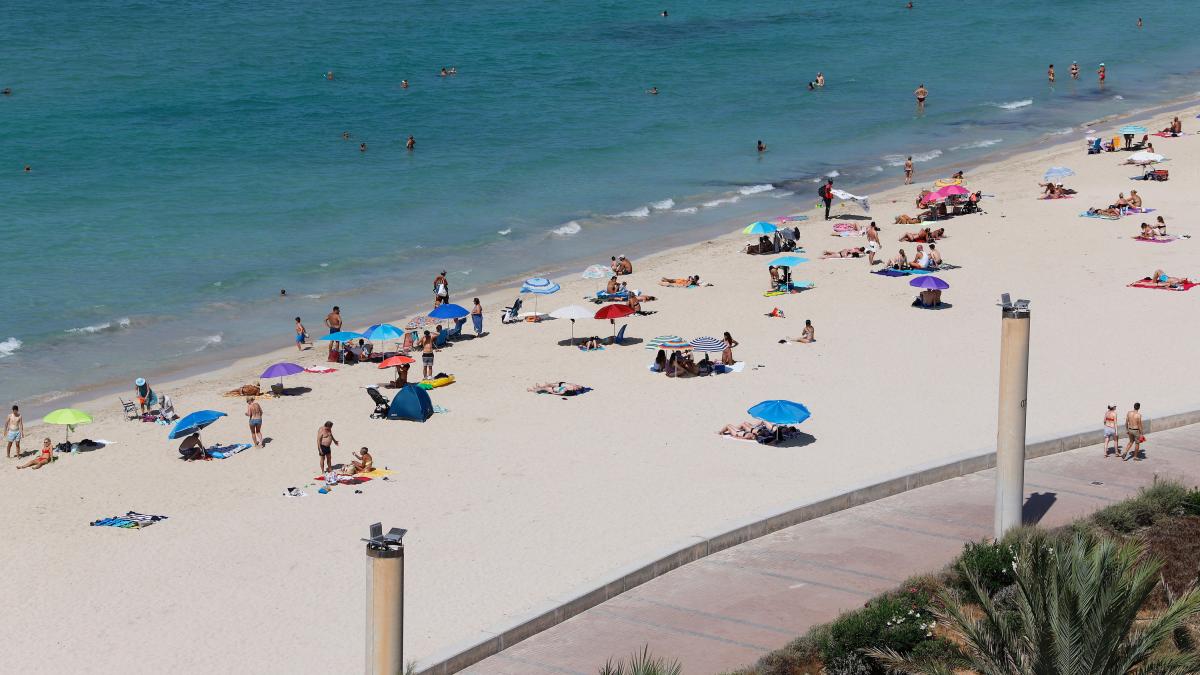 Vacation trips abroad will in principle still be possible for Germans despite the corona pandemic.

A government spokesman referred to the applicable regulations for travelers when asked on Monday evening.

“A further legal regulation is not planned at the moment,” he added.

In view of the heated discussion about holidays in Mallorca, the federal government had considered temporarily prohibiting trips to popular holiday areas abroad.

It could not be that you are unable to prevent people from flying to Mallorca, but a 15-kilometer radius of movement can be enforced in Flensburg, Chancellor Angela Merkel (CDU) had on Wednesday during her deliberations with the Prime Minister said.

In Belgium and Great Britain there are travel bans for tourist purposes.

After Mallorca was removed from the list of corona risk areas on March 14, holiday bookings for the Balearic island are booming.

The Foreign Office's travel warning was lifted because the number of new infections there had fallen below 50 per 100,000 inhabitants within seven days.

This made it possible to vacation on Mallorca again without quarantine and mandatory testing upon return.

"The federal government continues to ask all citizens to refrain from traveling at home and abroad in view of the increasing number of infections and the associated risks," said the government spokesman.

"Reference is made to the existing entry regulations, in particular the new test verification requirement for air transport from abroad as well as the test and quarantine requirements when returning from risk areas."

At least one general compulsory corona test for all passengers flying to Germany has now been introduced and will apply from Tuesday.

To do this, you have to do a test in the country of departure before you take off.

The stricter requirements decided by the federal and state governments should initially apply up to and including May 12.

According to the federal government, it is a precautionary measure to prevent the virus from spreading through vacation travel.

If the corona test turns out positive, you have to go into quarantine at your own risk in accordance with local regulations.

There have already been test obligations for travelers - but only when returning from certain countries with a high risk of infection, as determined by a classification by the federal government.

So you have to show a negative test before entering the country if you come from "high incidence areas" with a particularly high number of infections and from areas with new virus variants.