For its annual fundraising weekend, the Sidaction association raised nearly 4.5 million euros in pledges for the fight against AIDS. In this period of economic and health crisis, "the general public has mobilized beyond our expectations", reacted the general manager of &amp; nbsp; Sidaction, Florence Thune. 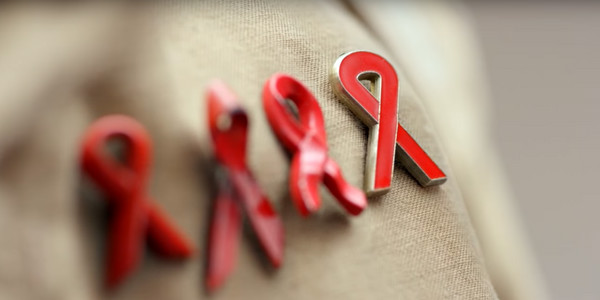 For its annual fundraising weekend, the Sidaction association raised nearly 4.5 million euros in pledges for the fight against AIDS.

In this period of economic and health crisis, "the general public has mobilized beyond our expectations," responded the general manager of Sidaction, Florence Thune.

The Sidaction association collected nearly 4.5 million euros in pledges for the fight against AIDS during its traditional annual fundraising weekend, canceled last year due to the health crisis.

"Faced with the current uncertain context, the economic difficulties encountered by many French people, we were very worried. Despite this, the general public has mobilized beyond our expectations," reacted to AFP the director general of Sidaction, Florence Thune.

"Imperative to bring HIV out of its invisibility"

This year's figure is close to the record collection of 2019, when 4.5 million euros in pledges had been collected.

In 2020, nearly 1.5 million euros in pledges were collected during an evening broadcast on France 2 in June, several months after the charity event was forced to cancel its fundraising weekend.

What do we know about the effectiveness of PrEP, the preventive treatment against HIV?

This year, the event was launched Thursday evening with the broadcast of a clip on the 31 partner media.

Then an evening entitled "Merci Line" was also broadcast Saturday on France 2 in tribute to Line Renaud, who remains at 92 years the irremovable vice-president of Sidaction, association created in 1994.

"It was impossible for us to cancel this year because it was imperative to get HIV out of its invisibility. And I believe that we have succeeded in this bet," adds its director.

A drop in the number of screenings

Deploring "an alarming drop in HIV tests", the head of state Emmanuel Macron also called not to "let AIDS regain ground", in a message broadcast Saturday on social networks.

"In France, in October, we had 650,000 fewer tests than what was planned at this stage, and some countries had up to 50% fewer screenings", deplores Florence Thune who specifies that in France, nearly "24,000 people do not know their status, due to lack of screening".

The funds collected by Sidaction will go to research and care programs as well as to associative care and assistance programs for patients in France and internationally, indicates the association.