Three days after her infection with the Coronavirus, Elizabeth Medina lost her sense of smell and taste at the start of the pandemic in March 2020, and a year later, the 38-year-old American feared that she would never recover these two senses. Medina visited doctors of different specialties, from ear, nose and throat to Science 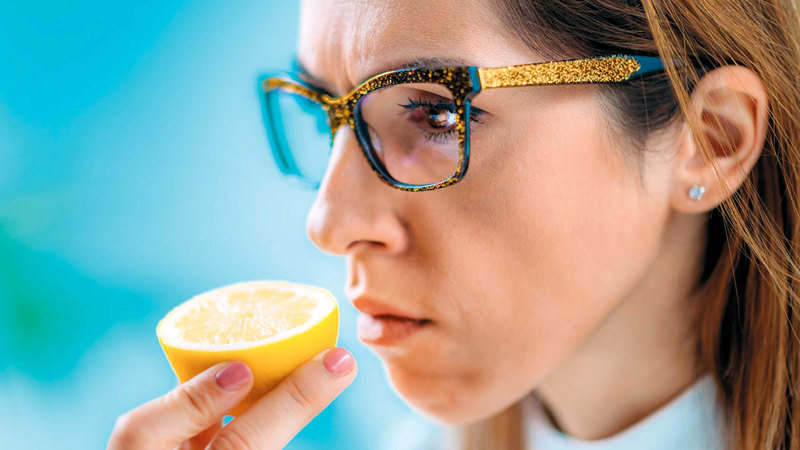 Some find comfort and solidarity in support groups on "communication sites".

Three days after her infection with the Coronavirus, Elizabeth Medina lost her sense of smell and taste at the start of the pandemic in March 2020, and a year later, the 38-year-old American fears that she will never recover these two senses.

Medina visited doctors of various specialties, from ear, nose and throat to neurologists or surgeons, used nasal sprays and joined a group of patients trying a treatment prepared from fish oil.

To stimulate the sense of smell, Elizabeth puts large quantities of spices in her dishes and aromatic herbs in tea, and she also does not stop smelling a bracelet perfumed with essential oils.

But these efforts were in vain, as she says that she lost many of the daily pleasures, including eating and cooking, and the situation negatively affected her psychological condition, as she cried daily for months.

Elizabeth Medina, a study counselor at a New York school and mother of two, belongs to a growing group of people with anosmia, a disorder that has remained unknown and whose importance has long been underestimated before it became a major symptom of "Covid-19".

While most people who lose smell and taste due to the Corona virus recover these two senses within three to four weeks, these cases last for months at 10% to 15%.

And now these disturbances affect at least two million people in the United States and more than 10 million in the world.

The senses of smell and taste are often seen as being less important than sight or hearing.

Although they are essential in social relations, "as our partners are chosen partly on the basis of their scent," doctors often view their loss as less dangerous than other consequences of what has become known as "long-term Covid".

But their loss is constantly accompanied not only by nutritional problems, but also with anxiety or even depression.

Like other people without smell, Elizabeth Medina found some sympathy and solidarity in a support group run by a hospital near her.

Many of these groups appeared on social networks, as the number of members of the "Absent" group, which was formed in 2019 in Britain and whose fame flew with the pandemic, increased dramatically in one year from 1500 to more than 45 thousand on various platforms, according to its founder Chrissy Kelly.

On the association’s Facebook page, the question that haunts Elizabeth Medina is repeated by everyone, which is "Will I ever regain the sense of smell and taste?"

But Valentina Parma says that "it is very difficult to predict what will happen" at this stage.

But it is now known that the development of anosmia to what is known as parosmia, which is reflected in a false recognition of smells such as smelling a foul smell when drinking coffee, for example, may constitute a good indication of a long-term recovery. Some "old" people with anosmia have become famous in the virtual world, such as a member of the "Absent" group, Chrissy Kelly, who long lost smell and taste after contracting sinusitis in 2012, and then lost them again after being infected with "Corona", as well as Katie Botting. The American, deprived of the two senses since 2009.

Awaiting the progress of research, many are satisfied with practicing daily olfactory exercises, sometimes with the help of a "trainer" such as Leah Holzel. This cooking expert lost smell between 2016 and 2019, and then accompanied six people who had lost smell recently after the start of the pandemic in the rediscovery of smells.

To maintain morale, many people cling to messages of healing with some hope through healing messages that sometimes appear on social media.

"It has been almost a year since I lost the senses of smell and taste, and I have almost completely recovered them," wrote Dominica Orakova (26 years) from England on the "Absent" page on "Facebook".