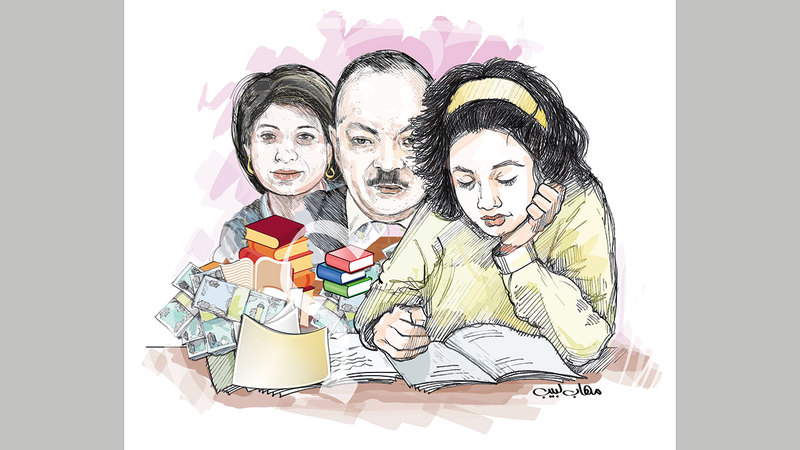 He had a traffic accident that blocked his feet, and his salary was reduced

“I was working as a driver in one of the private entities in Abu Dhabi, and I had a traffic accident, which caused a disability in my left foot, so my job was changed to a job that suits my disability, but with a lower salary, as it was 9500 dirhams, and became 6000 Dirhams, as this affected the situation of my family, which consists of my wife and daughter Jana ».

He added: “Because of the salary reduction, I was unable to pay the rent of the apartment in which I live, so its owner filed a lawsuit against me, demanding that the arrears amounted to 10 thousand and 200 dirhams be paid in full, otherwise I will be evicted from the house, and the problem is that my difficult circumstances prevent the amount.”

He continued: "Also, my daughter's school fees have accumulated on me, as the school administration demands that I pay her, otherwise she will be stopped from continuing her studies for this year."

He added, "It is not easy for a father to see his daughter deprived of her most basic rights, which is education, due to the financial deterioration and difficult circumstances that I am going through, and the heartbreak hurts me over her, and I cannot change anything."

"Abu Jenny" indicated that he tried to resort to several parties to help him solve his problem, but to no avail, and currently he does not know how to get out of this impasse, appealing to the people of goodness to help him in light of the difficult circumstances he is going through, and to help him pay tuition fees and pay the arrears. .