Originally from English-speaking Cameroon and now an American citizen, Imbolo Mbue rose to prominence in 2016 by publishing her first novel, Here come the dreamers, which has become a worldwide bestseller.… 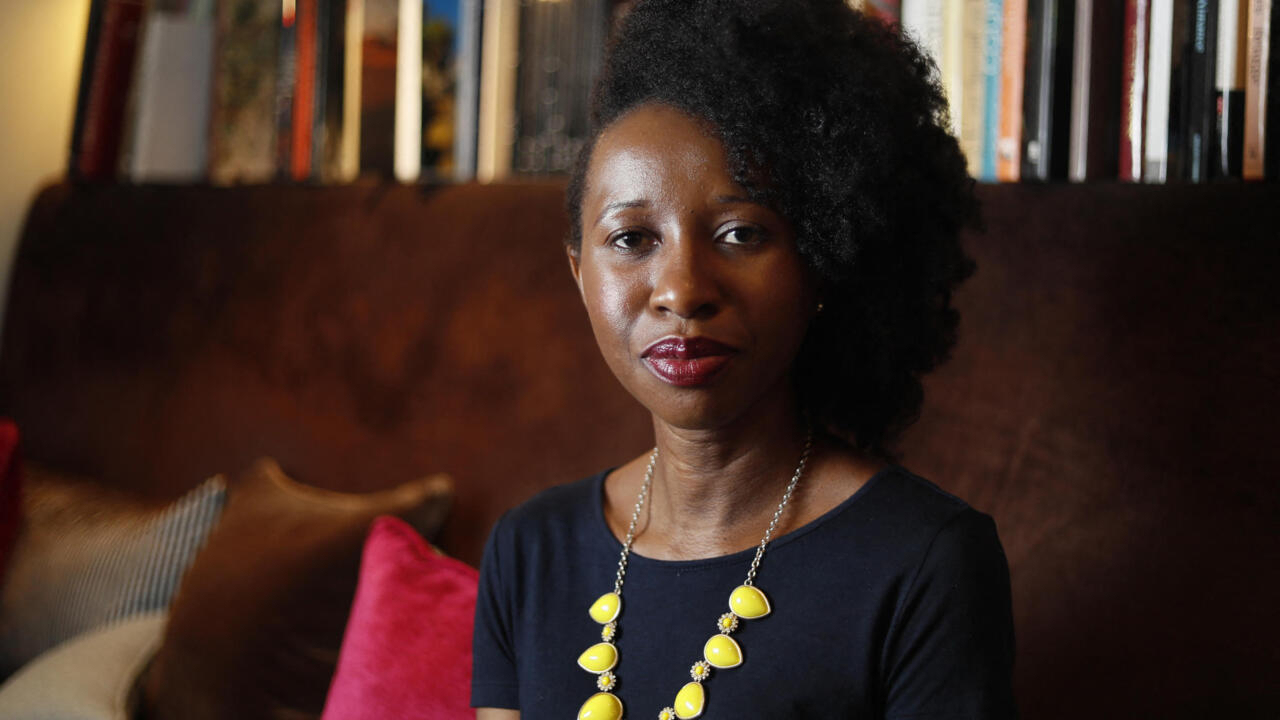 Originally from English-speaking Cameroon and now an American citizen, Imbolo Mbue became known in 2016 by publishing her first novel,

, which has become a world bestseller.

May We Live Long

, is an epic tale of postcolonial Africa trapped in its raw materials and corruption.

Hope is embodied in these pages by the young generation, which is more militant than its elders and also more aware of the ecological issues of development.

Coming to the United States at the end of the 1990s to pursue a career in finance, Imbolo Mbue embarked on writing following his discovery of the works of Toni Morrison and Gabriel Garcia Marquez, who had become his models forever. unsurpassable.

Five years ago, the American of Cameroonian origin Imbolo Mbue burst onto the literary scene by publishing

a very successful first novel on immigration and the slow deviation of the American dream.

The writer returns this year to the front of the stage with a new novel whose action takes place in Africa that she left 25 years ago, but whose future is still close to her heart.

May We Live Long

In the pages of this beautiful novel constructed like a Greek tragedy, the continent is resuscitated by its youth in revolt against the Western conglomerates which have grabbed the wealth of African countries.

Their accomplices are local satraps named Mobutu, Bongo, but also Paul Biya, the dictator at the head of the author's native Cameroon.

Explaining the origins of her new novel, Imbolo Mbue says that she has been carrying this project for a long time.

She wrote the first pages in 2002, inspired by her reading

An unconditional admirer of the Nobel Prize for American literature, she likes to repeat that “

if God could write, he would write like Toni Morrison

There was something divine in her way of writing

", ecstasies the novelist, not forgetting to recall her debt to this great lady of American letters: "

I never imagined that one day I could do of writing my job.

It was Toni Morrison who allowed me to take the plunge.

I discovered, while reading his novel

The Song of Solomon

, how the African-American experience was fundamental to becoming American.

This reading encouraged me to take hold, in my turn, of the African experience, in order to explain what "

meant and to tell this series of painful ordeals that were, for us Africans, colonization, dictatorship and today globalization of which our continent knows only the ravages.

Originally from the small town of Limbe, Cameroon, Imbolo Mbue is part of the new generation of African writers who emerged from the 1990s and who gradually took over from Chinua Achebe, Wole Soyinka, Mongo Beti, Ngugi wa Thiong'o, Ayi Kwei Armah, the sacred monsters of 20th century African letters.

These authors of the new generation, who are in the process of renewing African writing, are true cosmopolitans, sharing their life between Africa and the large western metropolises where they have settled according to their wanderings and work opportunities. .

Exiled from her country, Imbolo Mbue lives in New York, where she arrived in 1998, at the age of 16.

She studied business and management at Rutgers University in New Jersey, but turned to writing when the media company that employed her went bankrupt after the subprime crisis in 2008.

Drawing its material from the turbulence of the recession that followed, Mbue published in 2016 his first novel

, which tells the crumbling of the American dream through the linked destinies of a white family and a family of Cameroonian immigrants.

Through a classic account of the dreams and disappointments of migrants trapped between two worlds, this novel also explores the American myth of the "

", weakened by the drift of moral and humanist values ​​on which the United States was founded. .

This book for which the largest American publisher, the Random House, had paid a deposit of a million dollars, unpublished for a first novel, was a bestseller, acclaimed worldwide.

Above all, it revealed the formidable talent of its author as a storyteller and her writing, which is always as close as possible to reality.

Thus, it is easy to understand why the second novel, which has just appeared, from the pen of Imbolo Mbue, was particularly anticipated.

May we live long

, we are changing continents.

It is Africa which is, this time, in the foreground, postcolonial Africa where the author grew up, witness to many frustrations and revolts.

This book is a tribute to African revolutionaries such as Thomas Sankara, Patrice Lumumba or the Cameroonian Ruben Um Nyobé.

The fictional village of Kosawa, somewhere in West Africa, where Mbue has pitched his novel, is also shaken by popular revolts.

Anger roars in Kosawa against an American oil company which pollutes the lands of the village and its rivers with impunity, in its search for the precious black gold.

Kosawa is the metaphor here of an African continent dispossessed of its political and economic sovereignty.

The revolt of the inhabitants also targets the government, in particular the dictator who sold off the village lands.

The man is not named, but his "

" is reminiscent of a certain Zairian marshal who ruled his country with an iron fist for decades.

We also think of the Nigerian dictator who, in the 1990s, hanged activist Ken Saro-Wiwa who was at war with the multinational Shell.

There is not a single theme, but a multitude of themes that intersect in these pages,”

At the heart of this novel, there is the fierce struggle that the protagonists wage against the polluters of their land.

The village where the action takes place happens to be in a country ruled by a dictator.

The inhabitants also have to deal with the heavy legacy of colonization.

Dictatorship is an extension of colonial domination.

Just like globalization, embodied here by an American multinational, which exploits the country's oil resources without worrying about the health of populations and the environment.

The novel opens with the lamentations of a village choir, as in the ancient theater.

It is through a fruitful dialectic between this narrator choir and the protagonists of Kosawa's resistance movement that the action of this story evolves.

Through an alternation of voices, evocative of the horrors and bankruptcies of the present, the steep path takes shape towards a promising future.

The great success of Imbolo Mbue is also to have been able to deliver, with this second novel, a story that is both nostalgic and militant.

His opus is in line with the great committed and powerful novels of which literary Africa has the secret, but his writing is also characterized by a touching sensitivity, a deep empathy for the characters and the lost causes.

I write with my heart

”, confides the novelist, before continuing: “

When I was a child, injustices kept me awake at night.

This does not mean that I am going to tell people today how to behave.

It seems to me that my mission as a writer is simply to bear a testimony, to report what I saw and heard, what caught my attention or what shocked me.

You have to be able to write everything on the blank page, tell everything and then give readers the opportunity to react.

Of course, it's great to be a committed writer, but I attach more importance to marking my stories with the imprint of my heart.

May we live long

Translated from English by Catherine Gibert.

Imbolo Mbue, 33 years old and a bundle of talents

World Day of the African Child

From Senghor to Ken Saro Wiwa: portraits of children in African literature