Healthy or not: is cold good for the body?

Winter swimming is popular. Partly due to the closure of swimming pools and gyms, more people are looking for cold water. In the section Healthy or not, health journalist Tijn Elferink delves into a subject that is confused. This time: cold. 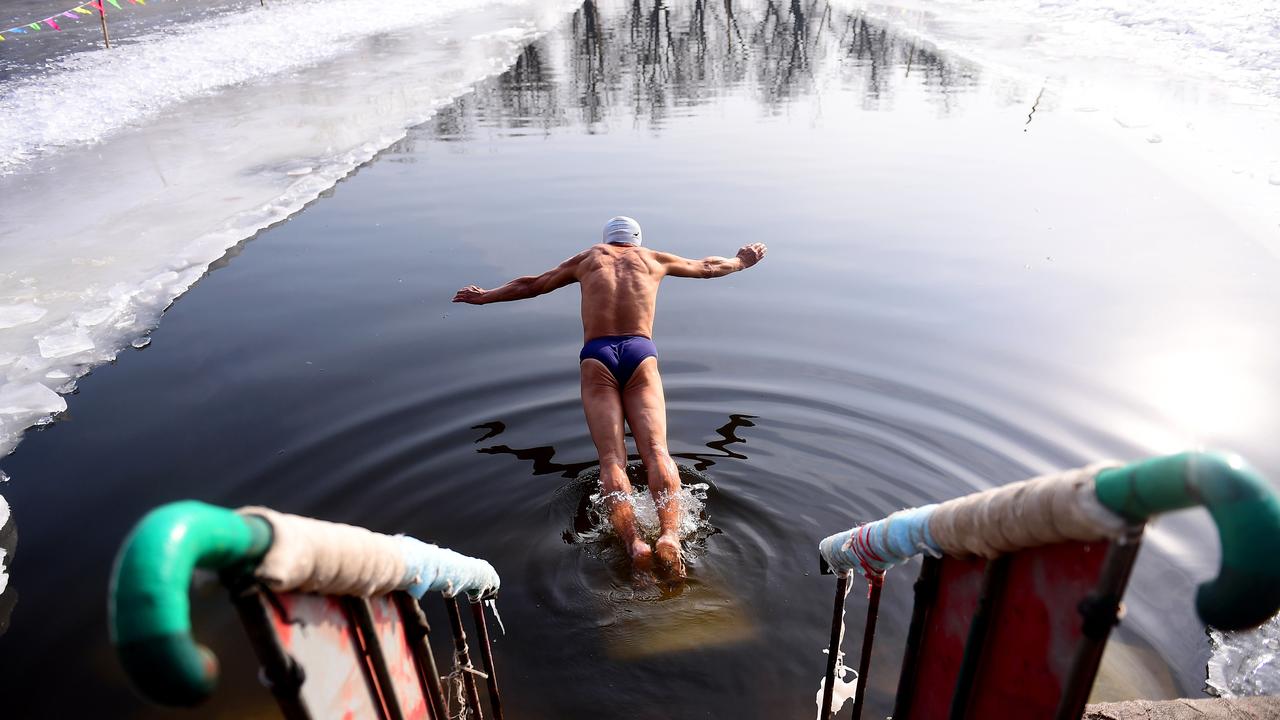 Partly due to the closure of swimming pools and gyms, more people are looking for cold water.

, health journalist Tijn Elferink delves into a subject that is confused.

"As soon as it gets cold, we turn on the heating and put on gloves. This has made our bodies lazy."

Six years ago the doctor swam with a handful of people in the sea at Kijkduin, now there are hundreds.

"It took me five months before I could fully relax in the sea. And I still have trouble turning the shower on cold. But it's worth it, because after that you get such a nice gift."

The acute cold of the sea or shower causes a

The body does everything in its power to maintain the core temperature of 37 degrees.

The blood draws from the fingers and toes to keep the most vital thing warm: the organs.

Adrenaline and noradrenaline are released in the adrenal glands.

All stress hormones that cause blood pressure, heart rate and breathing to rise.

"After the cold, your blood pressure decreases, but the positive effects of the better blood flow remain."

"This is how the body generates heat," says cardiologist Leonard Hofstra.

"After the cold, your blood pressure decreases, but the positive effects of the better blood flow remain."

at the VUmc, also indicates that people who take a cold shower report sick for 29 percent less.

Chronic stress is bad for the immune system, while short-term stress is good.

"Soldiers that provide a better defense. As soon as the cold has gone, the body says: stop producing those stress hormones. Those extra soldiers are still there."

"Cold activates your body's own brown fat, a special type of fat that converts fats and sugars into heat. Together with the fact that cold stimulates your metabolism via shivering through your muscles, cold can be beneficial for your metabolism. From recent research we know: anyone who spends two hours a day in a room of 17 degrees Celsius without thick clothing will eventually lose fat mass. "

According to Tjon-A-Tsien, cold can also hurt people who are not used to cold.

"Our body is so ingenious that it starts to produce endorphins; the body's own painkillers."

However, Enfdorfine is also a happiness hormone.

"That's why you come out of the water so happy."

In runners, that buzz is called the runner's high, but it also happens in other sports.

"That is why people often dread exercising and say afterwards: it was wonderful! The same goes for the cold."

In some people it can take a while for endorphins to be produced, Tjon-A-Tsien knows.

"The hormone system is disrupted due to stress, for example due to corona."

She therefore advises to build up winter swimming slowly. "Never go alone and do a good warm-up."

In Russia they cut a hole, running until you have drops of sweat is also good.

Do not stay in the water for too long

"As a beginner, go up to your shoulders, you don't have to swim. As soon as the breathing is gone, you are done; for most it is after thirty seconds."

It's not a competition, she insists, and she advises not to hurt yourself.

"The sea is now about 5 degrees Celsius and the cold can be deadly if you stay in it for too long."

The doctor is happy that so many people now swim in winter.

Tjon-A-Tsien is a strong advocate of medicine based on scientific evidence.

"I have now researched eighty winter swimmers and I want to make a scientific publication of them. In summary: winter swimming is an activator of a healthier lifestyle with more exercise and healthier eating."

Cold has a positive effect on the resistance and it stimulates blood circulation.

It also activates brown fat, which can help you lose weight.

But perhaps most importantly: cold releases happiness hormones that give you a nice buzz and a mental boost.