Jan Greven, former director of the IKON broadcaster, is pleased that the judiciary in El Salvador wants to start a lawsuit regarding the murder of four Dutch IKON journalists in 1982. When asked, he informs NU.nl about this. 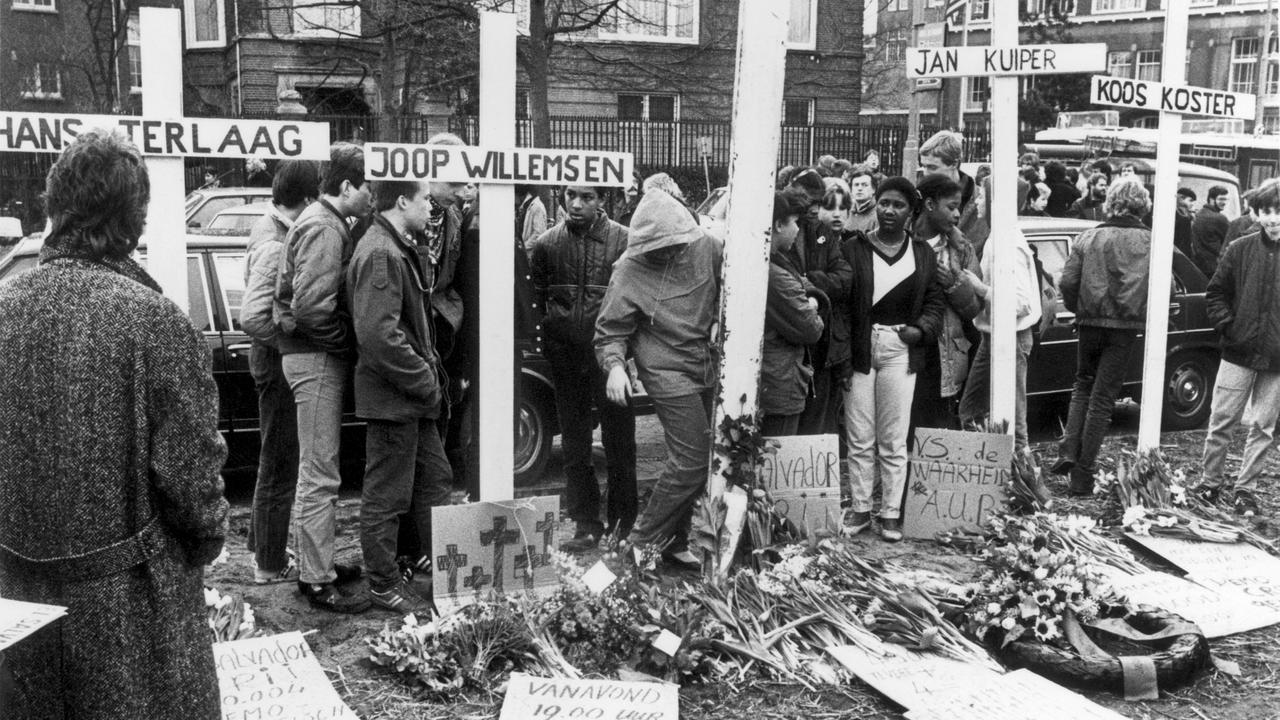 Jan Greven, former director of the IKON broadcaster, is pleased that the judiciary in El Salvador wants to start a lawsuit regarding the murder of four Dutch IKON journalists in 1982. When asked, he informs NU.nl about this.

Greven was director of IKON when journalists Koos Koster, Jan Kuiper, Joop Willemsen and Hans ter Laag were murdered in the Central American country in 1982 by soldiers of the government army.

At the time they were working on a report about the deadly civil war in the country.

Greven heard on the radio on Wednesday that the justice in El Salvador wants to bring the case to court after 39 years.

"Fortunately, things are moving forward, I thought immediately. I went to El Salvador two years ago for the presentation of the book

. A congress was also linked to this. on all the human rights cases that had not yet been finalized. There were seven or eight. One was the case of the four journalists and steps are now being taken, albeit modestly.

'Colonel may experience some unrest'

Greven points out how important the case still is almost forty years later.

"Colonel Mario Reyes Mena, who has ordered the murder of nine people (there were five other people killed in addition to the journalists, ed.), Is now in America. He just lives as an American citizen. experience, I would welcome. "

A few days before their death, the four journalists were arrested and released immediately.

At that moment, Greven thought that the journalists should come home immediately, as agreed in advance.

But the men wanted to stay, because they had also traveled to El Salvador for other clients.

“There was a fierce discussion among them about whether they would return after that arrest or not. On the spot they decided to continue. They were also there for the VARA and the RKK, the broadcaster of the Catholic Church. they would not be able to deliver. They found that unacceptable from a professional point of view. "

'In hindsight you should have done something'

Greven still remembers the moment when he heard that the journalists had been murdered.

"I still think about that very often. I had eaten and wanted to start with dessert. Then I got a call from Hans van Gerven, a radio reporter from IKON, who told me the news."

Whether he feels guilty, Greven is not sure.

He does feel responsible.

"Or you should have done what? Yes, in hindsight you should have done something. On the other hand, it was extremely difficult to decide from Hilversum about what they were doing there. Moreover, they were types with a very strong opinion of their own. not about the responsibility, but they weren't happy if you gave them advice that went against their own judgment. "

Greven would love a conviction from the colonel.

"But I would especially love it, because it makes it clear that El Salvador takes human rights seriously. You can only wish that to that country and its people."