Madrid's rural tourism touches the sky: "We have had the best year of our life"

The Sierra de Madrid is the perfect antidote to the pandemic and, given the perimeter closures that have truncated the San José bridge and Holy Week, it is also the only way 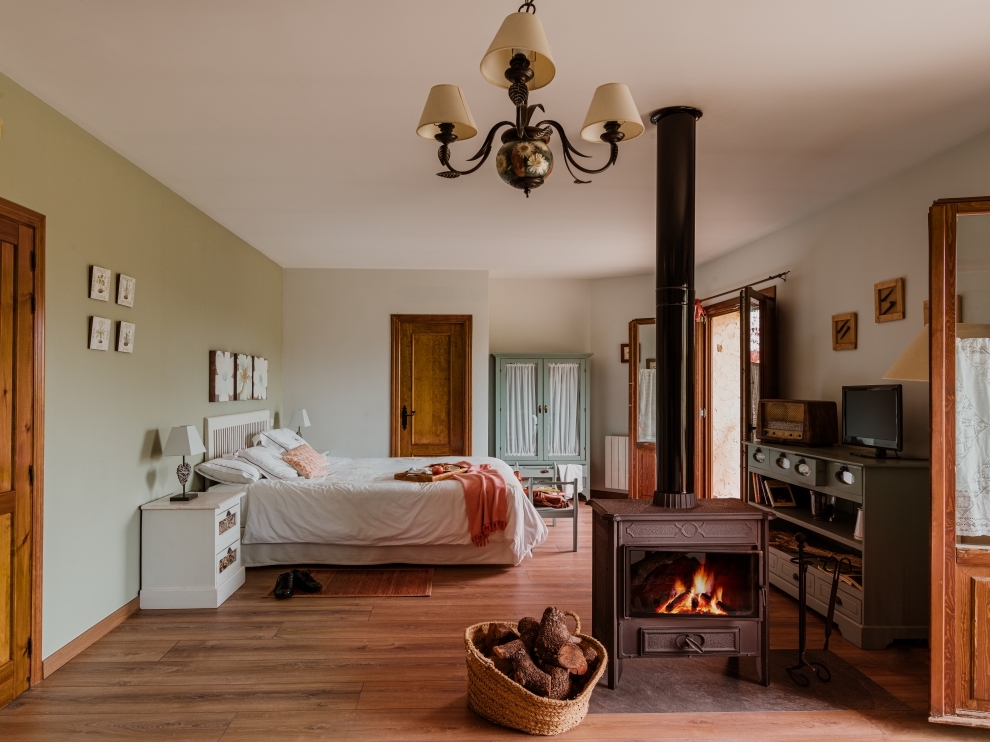 The Sierra de Madrid is the perfect antidote to the pandemic and, considering the perimeter closures that have truncated the San José bridge and Holy Week, it is also the only possible way to escape from the big city and stand in the middle of the forest.

The proof is that the rural lodgings in the community,

for millions of Madrilenians, are up to the brim.

According to the analysis of Casarurales.net, the region

with 96.4% occupancy in rural tourism for this Easter.

"Every day they call us. We are up to the top since we opened last June," says Javier Pérez, owner of the

"It has been noticed a lot that five million people are

The town of about 200 inhabitants in the Lozoya Valley has all the ingredients to enjoy nature and live a bucolic moment.

"You look out the window and you only see the field", an ideal setting to put on a sweater, old boots and go out to jump streams or choose a place on the porch to watch the sunset.

The apartments, built from an old barn, are also independent: "zero contact at the foot of the mountain".

"There are beginning to be reservations for October," says Pérez.

The route through the most bucolic Madrid has another stop in the heart of the Sierra de La Cabrera.

There we find the

, with only eleven rooms but innumerable natural remedies against the pandemic confinement.

Among other things, because some of those rooms have hydromassage, which is always a plus.

And then there are yoga, reiki, the pool and the

"We opened five years ago dedicated to retreats for companies and weddings, but this year we switched to rural tourism", explains Lourdes Reina, manager of this old orchard of the friars of the convent of San Julián and San Antonio, from the 11th century.

The change of rudder has not gone bad at all.

"It has been the best year of all. We are full from Monday to Sunday."

March is all booked, but for April they have opened the reservations a few days ago.

"We are careful about the covid," says Lourdes, who is happy that the confinement has

discovered the Sierra Norte to many Madrid

"This is a place to rest, relax and breathe fresh air."

The search for escape valves, always in a wild key, continues through Navacerrada.

Hansel and Gretel 45 minutes from the capital.

for when the temperatures rise.

Susana Más says that the town has been confined to the perimeter for a month and a half, but now it has "everything full" until Easter.

"We cannot complain because we have survived very well."

It is clear that

In addition to managing the

, Susana is the owner of Casa Bonita, a rural house in the town with an indoor pool that is full until next September.

"I'm filling up during the week, something that didn't happen so much before," he says.

"I talk to other fellow hoteliers and they are all the same."

Another of the measures against the covid, the restrictions on the meetings of non-cohabitants, has been tricky for large rural houses such as

, an Alpine-style chalet that has worked "like a shot" for four years in Robledo de Chavela.

The problem is that it is intended for six couples.

With less occupation it is expensive no matter how much you fall in love with those overwhelming views of the valley and the mountains that its viewpoint offers.

"The moment they take away the cohabitating, this house works. This Easter is going to fall for sure. We have never stopped renting it and this year people are desperate to come to the country."

NatureSan Blas, the most coveted destination on the planet for bird watching

GastroNajat Kaanache, a fighter in charge of the best restaurant in Africa: "I arrived in Fez with two suitcases"