The Bold Type and the World Before

Overtaking Amazon Prime Video on the right, Netflix has brought the fourth season of The Bold Type to Spain. Sarah Watson's dramedia is one of those television hits from ... 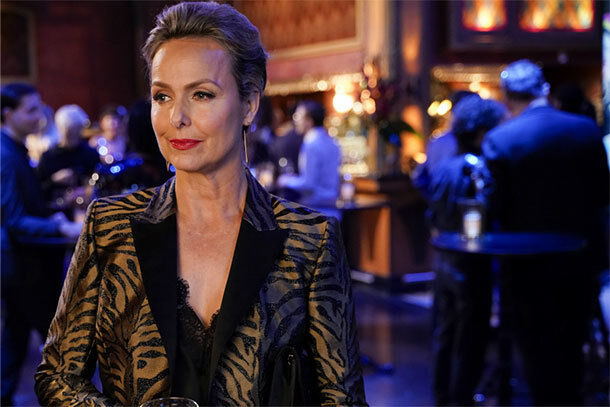 Netflix has brought the fourth season of

The Bold Type to Spain

Sarah Watson's dramedy is one of those low-key, low-key television hits.

It is also one of those series that is appreciated now:

reminds us that there was a time when we went to the office, went out to bars and hooked up with people without asking for an antigen test first

Appointments with a previous step through covid analytics are already a reality in 2021 for which adjectives have not yet been invented.

Released in the US in early 2020, the fourth season of

He does not talk about this, but I would not be surprised if the fifth, scheduled for this year (in Spain, seen what has been seen, will arrive when it can and where they leave it), if it alludes to the disruption of

that the virus has brought us.

Of course, this is not the greatest drama of the pandemic, but

the Sarah Watson series is not

is frivolous and innocent.

As inspired as it is far from

(times are different, the approaches to the same issues MUST be different) and at the same time aware of the existence of

for the Golden Globes (or whatever)

we would not have put our hands on our heads.

Nor if the graceful with a nomination had been Melora Hardin

Her role as director of the magazine in which the protagonists of the series work is (still is) almost revolutionary.

breaks with many conventions of the "pizpireta girls with sour bosses in the big city" genre.

The Jacqueline Carlyle who plays Hardin is a good aunt and that, as my writer friend of the somewhat predictable series says, is "home warmth."

And that will not be, I'm afraid, the suspicious continuation of

without Samantha and in a television universe that, although it knows how to place the original series in its context, is eager to remind the new one that that context has changed.

In the latest episode of

, actor manager Andréa Martel (Camille Cottin) suggests that, with the show's talent agency now closed, you might want to write a series about a talent agency.

No need to wink at the camera because

is a series and that this series knows that it is a series.

That too is home warmth.

The Bold Type get

burdened by everything we miss from the world before

That world in which PCR was an empty acronym

and SATC a perfect series that no one should ask to know what #MeToo is.

Jane, Kat and Sutton do know, by the way.