Don't rush to collect down jackets! A burst of "all-round" cold air strikes

Three days from today (March 14-16) An "all-rounder" strong cold air will affect our country   16 provinces, regions and cities may be affected   Among the northern regions   Severe snowfall, strong winds, and dusty weather "all in battle"   "The next day is like a change of season" in many places in Northeast China   And North China, Huanghuai and other places will experience the temperatur 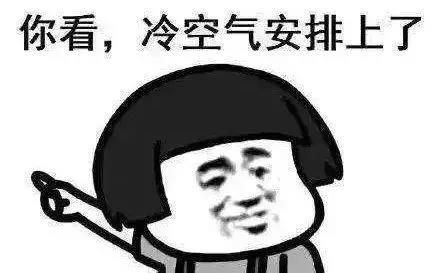 An "all-rounder" strong cold air will affect our country

16 provinces, regions and cities may be affected

Among the northern regions

Severe snowfall, strong winds, and dusty weather "all in battle"

And North China, Huanghuai and other places will experience the temperature "half-half"

There is a lot of snow in the north, and the rain is increasing in the south

From the 14th to the 15th, this strong cold air will bring significant snowfall to many parts of the north.

Among them, there will be snow or sleet in parts of Xinjiang, Inner Mongolia, and Northeast China.

There was moderate to heavy snow in parts of

, and local blizzards in northern Xinjiang.

As the cold air moves southward,

, especially in the middle and lower reaches of the Yangtze River, such as

and other places where there will be heavy rains. Torrential rain.

The south is rainy and rainy.

In the next 10 days, there will be heavy rainfall in Jiangnan, northwestern South China and eastern Guizhou, and the number of cloudy and rainy days can reach 6-9 days.

Temperatures in Huanghuai Areas in North China "Half Discount"

The main affected area of ​​strong wind and cooling weather is the area north of the Yangtze River.

Before the impact of the cold air, most of the northern regions will experience rapid heating today, and the temperature in many places will rise to the highest point in the near future.

The highest temperature in most of the Northeast may rise to about 15°C today, which is about 10°C higher than the average for the same period of the year.

are expected to collectively set a new record for the highest temperature this year.

it is precisely because of the rapid heating up in the early stage that the temperature has dropped sharply this time, creating the "cooling power" of this strong cold air.

From the 14th to the 16th, the area north of the Yangtze River will experience a drop in temperature of 4 to 8°C. Inner Mongolia, western Jilin, and western Heilongjiang will drop by 10°C to 12°C, and the local temperature drop can even exceed 14°C.

In North China, Huanghuai and other places, such as Shijiazhuang, Jinan, and Zhengzhou, the temperature will be "discounted", with the highest temperature falling from above 20°C to just over 10°C.

there will be the largest range of sand and dust weather in the north this year.

There are local sandstorms in southern Xinjiang, northwestern Gansu, and western Inner Mongolia.

Everyone should pay attention to protection when traveling.

It's the transition season between winter and spring

The weather is complex and changeable, warm and cold

In the next three days, the temperature in many places across the country will fluctuate significantly

Everyone needs to pay attention to adding clothes in time

At the same time, my country's rain and snow are increasing

Everyone, beware of slippery roads