The semi-final: "A worthy winner and an angry Christer Björkman"

Tusses Voices went all the way and Clara Klingenström got her big breakthrough. But Christer Björkman needs to practice camouflaging his anger. The cultural news' music critic Tali da Silva sums up this year's Mellofinal. 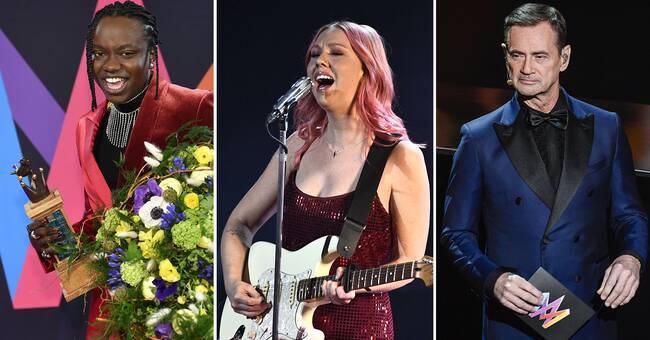 The favorite kept up the pressure.

His humble power, his sensitive and at the same time strong voice - Tusse

And to see his electrical nervousness at the end of the voting process turn into bombastic happiness was a nice end to the mid-season.

He is treated to all the non-corona-adapted teddy bear hugs, both from his dancer and from the bigoted and anything but bitter silver medalist Eric Saade.

The evening offered another winner, because Clara Klingenström has undoubtedly had her big breakthrough and - let me predict - she will be played in P4 all summer.

The tears in the artist interview did not reach all the way to Rotterdam, but she certainly won the hearts of many.

Rarely has one had such secondary anxiety as during the formidable technological turmoil during the European jury's vote cast.

Dumb Brits and silent Swiss and a Christer Björkman who could not camouflage his anger in the slightest but really hissed at the editor in the ear when he hinted that he handed out the wrong points.

Paying attention to Christer Björkman's resignation is completely out of place, but that we should start praying and begging for his time to be over may not be the point, can it?

The potpourri of the break number was mammoth and luxurious, but above all: home-blind.

Although Björkman has done a lot for Mello, viewers are less interested in seeing him in the box than he and his staff seem to think, and working in front of the camera has not been his thing.

Not in any of the competitions nor during the final.

Despite this: The final was the least painful middle program for us sofa viewers.