Crazy "chicken baby", your "parenting anxiety" may be meaningless

China's new network client, Beijing, March 13 (Reporter Shangguanyun) "If you don’t do your homework, you will be kind and filial to your child. When you do your homework, you can’t help yourself out." Nowadays, there are many similar parenting stories. It has been widely spread on the Internet, and it seems funny at first, but behind it is the pressure and helplessness of many parents.   In or 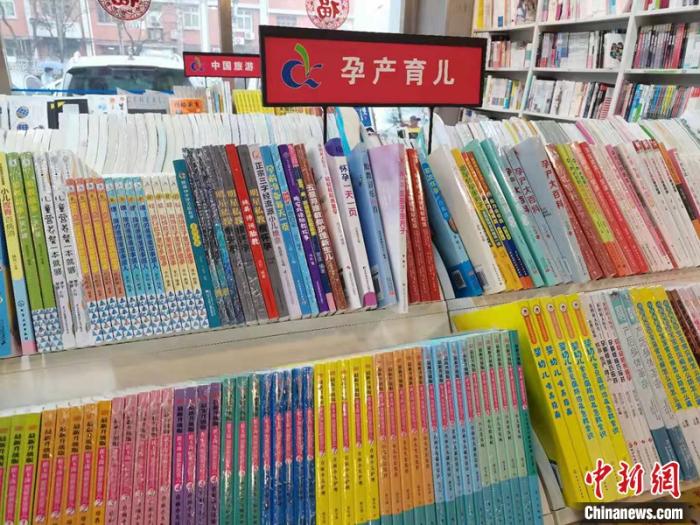 China's new network client, Beijing, March 13 (Reporter Shangguanyun) "If you don’t do your homework, you will be kind and filial to your child. When you do your homework, you can’t help yourself out." Nowadays, there are many similar parenting stories. It has been widely spread on the Internet, and it seems funny at first, but behind it is the pressure and helplessness of many parents.

In order not to let the children lose on the starting line, they prepared the "school district room" early and racked their brains for the selection of the community; enrolled in various early education classes for the children, and used their wits when tutoring homework: or went to a good kindergarten for the children. Pay a large fee.

But "parenting anxiety" may be meaningless.

The competition starts from the babble

In the current increasingly fierce competition for talents, an excellent educational experience does not mean ultimate success, but it is a real stepping stone. The slogan "Don't let your children lose at the starting line" has become popular and has gradually become the common mentality of parents.

Some maternity and childcare books in the bookstore.

Therefore, many parents look at their 3-year-old baby and want to prepare for their children and plan their lives for the next 30 years.

Song Guangwen, professor of psychology at the Nanguo Business School of Guangdong University of Foreign Studies, noted that the public’s emphasis on education is unstoppable. The competition among children has become a competition between parents. the best.

The starting line of life is constantly being put forward, children are still learning words, intellectual development, early education and training are pervasive, and jointly draw a pie of "prosperity", "If parents don't work hard, then children will fall behind." .

Mother Orange has two daughters. She enrolled her 3-year-old daughter in a swimming class early to exercise and learn a skill. The youngest daughter is over one year old and has already experienced many different kindergarten classes.

"I will take my children to early education classes at a fixed time every week. What if I can discover some talents?" She didn't think it was weird, because there were parents who would talk to the two-year-old child in English. , The beautiful name is "Enlightenment".

If applying for early education classes is still a routine operation, Song Guangwen said that in recent years, parents’ popular "chicken baby" (beating children with chicken blood) is often soaked in the anxiety of "unwilling to lag behind": keep increasing the size and let The child keeps learning and fighting.

There are articles that popularize the jargon in the "chicken baby group": for example, "Six Xiaoqiang in Haidian" refers to the 6 prestigious schools in the Haidian District of the People’s University Affiliated Middle School; "go ashore" refers to the successful entrance of the child into a prestigious school; Fight your own blood and devote everything you can to be a role model for your children.

In contrast to their own experiences and successes and failures, parents with keen sense of smell felt a subtle but rapid change in the definition of "success" in society, and joined the army of "chicken babies" one by one, exhausted but full of energy.

Anxious parents are also accustomed to using some specific, digital indicators as standards for measuring children's developmental results, such as test scores, award certificates, English level certificates, and so on.

Some media once launched a survey-"Training children, do you believe in the view of'being famous as early as possible'?" 1816 Weibo users expressed their views, 50.0% of the respondents disagreed with this view, 16.5% Of respondents agree that 33.5% of respondents think it depends on the child’s situation.

Looking at all kinds of parenting behaviors that you rushed to rush, Orange Mom once had a deep sense of anxiety, "The neighbor’s baby started early education practice at the age of six months, and also enrolled in programming classes for children who just went to kindergarten. The more you listen, the more nervous you get. , I always feel that our children will definitely be behind if we don't report to the class."

She strives to control herself not to be a "chicken baby", as much as possible to give her children a comfortable and happy childhood, but she will also fall into fierce ideological struggles, "If the parents do not work hard and delay the child, he will not be able to compare with others when he grows up. , Will you resent me?"

Parents are kind, but children may not appreciate it.

Under the anxious mood, the effect of parenting can easily be counterproductive.

Yang Linqiong, a national second-level psychological counselor, encountered a typical example: a student was very anxious about his studies and examinations, and was so serious that he needed a psychological teacher for help.

Later, the teacher contacted his parents and learned that his mother had very high requirements for her children since she was a child.

"Mom regrets that she didn't get into a good university that year, and she formulated a strict study plan for her child." Yang Linqiong found that the child has been moving forward with the mother's anxiety and kept studying, and was therefore deprived of many interactions and games with his friends. time.

But in high school, the child's grades gradually fall behind. Of course, the mother is very anxious, still urging and monitoring, and even sitting next to the child to supervise, but the homework that the mother is good at is precisely the worst of the child. The effect is not good.

After patiently counseling, mothers gradually accepted the view that "children’s healthy growth is more important", and have reflection and change.

However, the child has internalized the mother's requirements for himself, and is still very anxious, extremely dissatisfied with himself, and at the same time blames himself, and is often overwhelmed by negative emotions.

Yang Linqiong does not deny the input of many parents, "but they ignore that they and their children are different independent individuals, and put all their life expectations on their children. But the problem is that the parents' anxious words and deeds are eroding their children's growth. space."

A few days ago, "How to treat Deng Yaping coaching parenting" was on the hot search: Knowing that children like to play games and want to become professional e-sports players, Deng Yaping laid out the career path and competitive cruelty of e-sports players and respected children’s ideas. Such a clear analysis of the pros and cons and emphasis on combat methods are called "coaching parenting."

Some netizens praised this way of parenting.

Some people also think: What kind of parenting method is really suitable for children?

How to avoid "parenting anxiety"?

Analyzing the psychological reasons of some parents' crazy "chicken babies", maybe they have experienced the unsatisfactory in life, hope their children will not repeat the same mistakes; worry about their own standard of living and class fall, and require their children to achieve some kind of success to maintain or even surpass.

Or it is the comparison and the stubbornness, attaching all of their own value to the child's academic success or failure; or, it is just blind obedience, first try to provide psychological comfort.

But when you look closely, the roots of parents' anxiety have nothing to do with their children, they are all their own issues.

The theory of multiple intelligences mentions that those who constitute intelligence are abilities such as language expression, mathematical logic, and self-cognition. The differences between people are not simple academic performance or IQ, but various complex structures.

Song Guangwen said that we have tended to use scores to simply judge children’s intelligence and link it to their future. However, there are differences between each person’s ability and intelligence. Positive factors in the family will have a good effect on children, but it does not mean that it is inevitable. go toward success.

The growth of a child is not a fixed chemical reaction. When the necessary conditions are in place, it can bring some quantifiable results.

The world is so big that society needs a variety of talents, and parents may not be able to accurately predict what is "successful."

The streamlined parenting method is difficult to cultivate individual talents.

Yang Linqiong said that the concept of parenting reflects the parents' outlook on life, values ​​and world outlook. There are no rules for a good parenting method. Parents can make choices based on their understanding of their children.

Family education is also emotional support and personality development. When parents plan for their children's future or even make choices, they should also respect their children's opinions and listen. It is a kind of love in itself.