Dong Guangming, the "Bright" ophthalmologist: 30 years of witnessing the leap of ophthalmology in western China 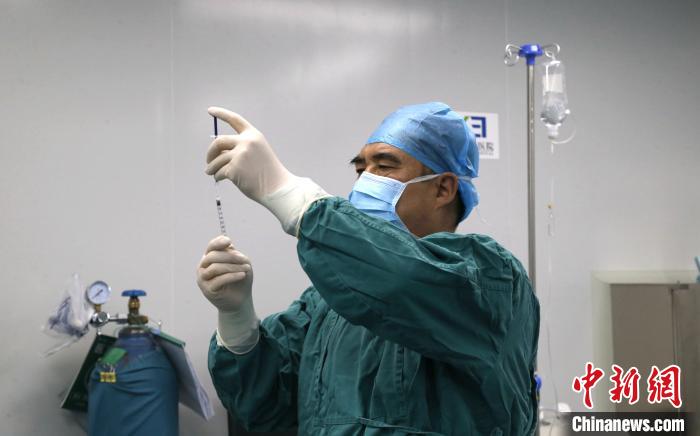 "This is the name given by the parents." Dong Guangming answered.

Or some kind of fate, "Guangming" really became an ophthalmologist, and he has given "Brightness" to people in Gansu and Qinghai provinces in northwest China for more than 30 years, which makes him full of sense of accomplishment.

After working in the Hexi Corridor of Gansu for 30 years, he moved to Xining City, Qinghai Province. He said, "My hometown, Linxia, ​​Gansu and the eastern part of Qinghai, have similar living habits and customs. In some places, the accent is similar. ."

Dong Guangming feels that the application of new technology has the opportunity to give others "brightness."

He said, "Everyone is willing to give it a try. After treatment, the elderly are very satisfied."

Dong Guangming, who gave the "Bright", received the best gift from the Tibetan old man-butter, "We also feel comforted."

But Dong Guangming often feels helpless, "Some retinopathy caused by diabetes, in the late stage, we can't help it."

The picture shows Dong Guangming's diagnosis and treatment in the department.

With 30 years of experience in ophthalmology, Dong Guangming increasingly feels that the application of advanced equipment and cutting-edge technology has benefited patients.

"This is where I am interested in doing this business. Before, many devices were just listening, but I have never seen them before. Now UBM ultrasound microscopes have very intuitive displays."

In Dong Guangming’s view, the development and use of a number of new equipment such as UBM, OCTA, and Aobao, "can not be said to be more powerful, it can be said to be handy."

At the same time, a large number of advanced technologies have been developed and applied. "Patients can intuitively feel where there is a problem with their eyes. The people have benefited and the hospital has also made great progress."

Dong Guangming believes that the development of ophthalmology is a relatively slow process, which is recognized by the common people, but some patients are not satisfied and think that the money is spent, but the effect is not obvious. "But some patients can be treated, and some are really not well treated. "

"Fundus disease is not as well-known to the public as cataracts and glaucoma, but it is one of the main causes of irreversible blindness. Most patients do not have a high level of awareness of eye diseases, and they have developed irreversible vision due to serious eye diseases at the time of treatment. Damaged.” He said, “High barriers to medical knowledge, asymmetry of doctor-patient information, and delayed patient visits are important causes of the tragedy of blindness.”

Dong Guangming introduced that the number of patients with fundus diseases in my country is huge, but there is a serious shortage of doctors for fundus diseases.

In order to alleviate the scarcity of professional doctor resources, attention should be paid to the diagnosis and treatment technology training of fundus doctors and the construction of the team of primary ophthalmologists.

"Medical service is a special industry. As a medical worker, you must always keep your mission in mind, effectively solve the pain of the common people's eye diseases, and never give up a glimmer of hope."

For the next five years, Dong Guangming is full of expectations and more energetic.