The Arab Women Authority announced the awarding of Her Highness Sheikha Latifa bint Mohammed bin Rashid Al Maktoum, Chair of the Culture and Arts Authority in Dubai, the "First Arab Lady" award for this year, in recognition of the role that Her Highness plays in the great renaissance of the cultural and creative sector in the Emirate of Dubai. 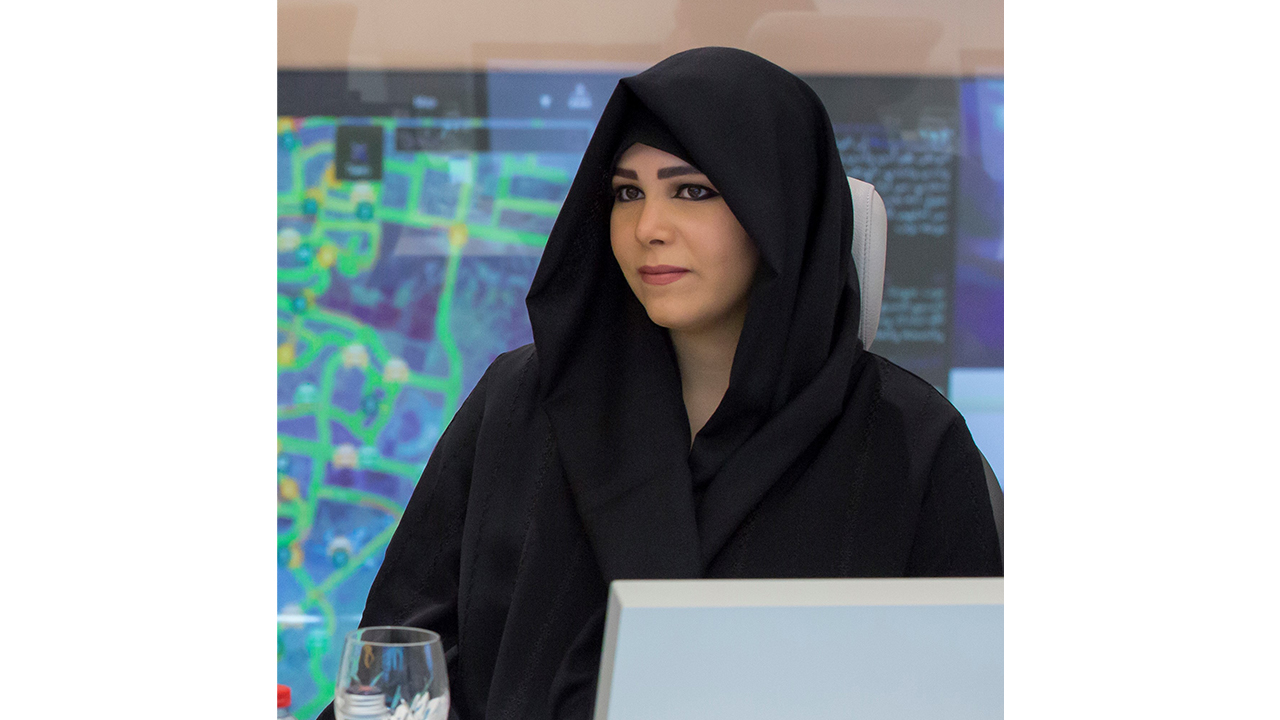 The Arab Women Authority announced the awarding of Her Highness Sheikha Latifa bint Mohammed bin Rashid Al Maktoum, Chair of the Dubai Culture and Arts Authority, the "First Arab Lady" award for this year, in recognition of the role that Her Highness plays in the great renaissance of the cultural and creative sector in the Emirate of Dubai, and the contributions Her Highness supports innovative cultural initiatives that will enrich the Emirati and Arab cultural scene.

An expression of great appreciation and pride for its effective initiatives and contributions to the development of cultural and creative products by launching a distinct set of initiatives aimed at strengthening the position of the cultural sector in the region, and consolidating the concept of sponsoring various types of creative arts that provide Arab societies with the elements of beauty, peace and noble human values.

Al-Dulaimi added: “It is a matter of pride that we have in our Arab world an honorable female leadership model of the value and stature of Her Highness Sheikha Latifa bint Mohammed bin Rashid Al Maktoum, who has dedicated herself to enhancing the position of culture and the arts and highlighting the important vital role associated with this sector in the process of stimulating the interaction of Arab civilization with All human civilizations, and as the chairperson of the authority entrusted with the culture and arts sector in Dubai, and a member of the Dubai Council, Her Highness Sheikha Latifa bint Mohammed works to strengthen the emirate's position as a global center of culture and a beacon for artistic and creative radiance.

The "First Arab Lady" award, which was launched from the Arab League in 2004, is awarded every four years to one of the high-ranking Arab women leaders in recognition of their great contributions in supporting developmental, humanitarian and creative work to serve and advance Arab societies, which reflects the bright face of the capacity of Arab women. To make a positive impact on a broad scale in her community environment and at the level of her country as well as the region.

Her Highness Sheikha Latifa bint Mohammed will be honored in a ceremony, the details of which will be announced by the Arab Women Authority at a later time.

This Arab appreciation to Her Highness Sheikha Latifa bint Mohammed bin Rashid comes in light of her clear efforts and since her assumption of the responsibility for leading the work team in the Culture and Arts Authority in Dubai in order to achieve a comprehensive renaissance in all tracks of cultural work in the emirate, through a clear work strategy. Inspired by the vision of His Highness Sheikh Mohammed bin Rashid Al Maktoum, Vice President and Prime Minister of the UAE and Ruler of Dubai, and Dubai's developmental orientations, as Her Highness led the efforts to develop this vital sector leading to the launch of the Authority’s updated roadmap last July for the next six years, which revolves around Reinforcing Dubai's position as a global center of culture, an incubator for creativity and a forum for talent, as well as ensuring the "rapid recovery of the emirate's cultural sector from the consequences of the global crisis represented by the spread of the Covid-19 epidemic."

Her Highness has shown a clear effort to stimulate integration between the various tracks that make up the public cultural scene in the Emirate of Dubai, through a series of continuous visits and meetings in which she was keen to listen to the opinions and suggestions of those in charge of cultural work, innovators and artists on how to achieve greater progress in encouraging creative fields including It aligns with Dubai's vision and the role it looks to play as a metropolis for cultural and creative activities in the region.

Her Highness’s contributions were present at all times, even during the most difficult time during the crisis that afflicted the cultural sector in the Emirate of Dubai during the past year due to the global spread of the Covid-19 epidemic. The Dubai Culture and Arts Authority, under the direction of Her Highness and in line with the efforts of the Dubai government in this field, launched incentive packages and measures. Its goal was to help cultural and creative activities to cope with the influential economic repercussions that resulted from the pandemic with the escalation of the global crisis that began at the beginning of the year 2020, as the cultural sector in Dubai was among the sectors benefiting from the multiple stimulus packages launched by the emirate's government, which exceeded in total 7.1 billion AED in less than one year.

Her Highness Sheikha Latifa bint Mohammed attaches great importance to supporting and sponsoring various cultural and community initiatives that contribute to the growth of the environment and infrastructure of the cultural sector in Dubai, as well as continuous work to maintain the active and productive state of the sector by encouraging periodic events that celebrate creativity in its various forms and forms. Including "Art Dubai", the leading international art fair in the Middle East, Africa and South Asia;

As well as the events, initiatives and programs that are held under the patronage of Her Highness, including: "Dubai Design Week", the largest creative festival in the region;

The International Alumni Exhibition is the first international exhibition dedicated to displaying the projects of alumni from the most prominent international universities in the design and technology sectors.

Her Highness Sheikha Latifa bint Mohammed bin Rashid Al Maktoum is dedicated to raising cultural and knowledge awareness, encouraging individuals to learn and instilling a culture of reading in their minds.

In this regard, Her Highness launched a set of initiatives aimed at renewing and modernizing Dubai public libraries, as part of the efforts of the Dubai Culture and Arts Authority in this regard, because public libraries have an important role in encouraging reading and creating an environment that encourages knowledge and drawing from various walks of knowledge through The books and literature it contains covering all branches of knowledge.

The vision of the President of the Dubai Culture and Arts Authority, which aims to build an economy based on creativity and innovation in the emirate of Dubai, is based on her firm belief that the culture of prosperity and innovation is based on the inspiring ideas of community members. Her Highness presided over a number of distinguished initiatives, including "Creatopia", the platform. Virtualization dedicated to supporting, developing and attracting talent and entrepreneurs in the creative community, and it is keen to do what is possible to raise the level of professional development programs, community service initiatives, and new graduate mentoring programs.

Emphasizing the importance of the economic aspect in Her Highness’s vision of the necessity of integrating the elements of the cultural and creative system and the importance of creating guarantees for its sustainability, and in order to enable young talents to continue the path of creativity, Her Highness Sheikha Latifa bint Mohammed bin Rashid Al Maktoum launched the first branches of the "School of Life" in the region in early 2021. Hatta Heritage in the Emirate of Dubai, which is a qualitative initiative that reflects Her Highness's keenness to allow entrepreneurs and emerging talents to start the path to success, as she confirmed that the Dubai Culture and Arts Authority, in cooperation with our partners, will continue to work to support creative small and medium-sized companies in the emirate of Dubai to push urgently The growth of cultural and creative industries, to enhance the emirate's position as a leading cultural tourism destination on the tourism map in the region and the world.