A popular "YouTuber" has been arrested in Egypt for insulting women

&nbsp;The Egyptian security forces arrested the "YouTuber" Muhammad Atwa, for insulting women and outraging public decency through his channel via "YouTube", as reported by the Egyptian newspaper "Al-Shorouk". The newspaper added that the Prosecutor of Nasr City, north of Cairo, ordered the imprisonment of the Youtuber Mohamed Atwa. 4 days until the examination 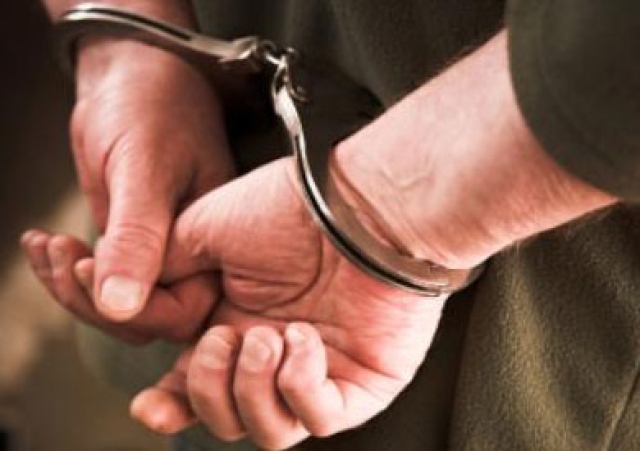 A popular "YouTuber" has been arrested in Egypt for insulting women

Egyptian security forces arrested the "YouTuber" Mohamed Atwa, for insulting women and outraging public decency on his YouTube channel, as reported by the Egyptian newspaper, Al-Shorouk.

The newspaper added that the Nasr City District Prosecutor, north of Cairo, ordered the imprisonment of the Youtuber, Mohamed Atwa, for 4 days, pending investigations, on charges of outraging public decency.

The security services of the Cairo Security Directorate monitored the spread of a video of Atwa insulting and bullying women, in conjunction with the celebration of International Women's Day.

And after legalizing the procedures, the security services were able to arrest the suspect in the Nasr City Police Department first, and to issue the necessary report on the incident, and notify the Public Prosecution Office for the investigation, which in turn ordered the above.

It is noteworthy that the security services of the Ministry of Interior have arrested a number of youtubers and tik tok girls during the last period, after the relevant agencies of the ministry monitored a number of videos that incite immorality and debauchery.

Some of the videos published by "Atwa" had provoked a strong wave of anger among the pioneers of social networking sites in Egypt, and among those who spoke about "Atwa" was the Egyptian journalist Metwally Saeed, who posted a video on his YouTube channel. During which he explained the reasons for his arrest.

Said said in statements to the Egyptian newspaper, Al-Watan, that he knew the Youtuber Mohamed Atwa, years ago, when he first appeared, and at that time he was talking about a girl called “Bahriya”, a Tik Tok girl: “He used to insult her all along, and Beghalt, To some extent, I decided to intervene in the issue and defend the girl’s reputation, and I hosted her on the program with me, and when Atwa knew this topic, he attacked me, and he mistook me and insulted me in more than one episode.

Saeed indicated that Atwa publishes these videos intentionally, because he makes a lot of money from insulting, according to the Egyptian newspaper.

Saeed explained that Atwa at the beginning of his tik tok appearance, he used to attack everyone under the pretext of fighting all those who carry out non-literary actions on the aforementioned application, and that, according to his words to "Al-Watan", "he was playing on the reputation of women, and any girl who made a tik tok would attack her and insult her There are bad words in it, and some of them threaten to expose them. "

And Atwa attacked the Egyptian broadcaster before that, where he insulted him with many words, which the latter considered inappropriate, saying, "He insulted me because I was defending any girl he cursed with him."