LIVE - Coronavirus: protests in Guadeloupe, first case of Covid-19 in Wallis and Futuna

In France, hospital pressure remains strong, with 24,625 hospitalized patients, and Pas-de-Calais has been confined on weekends since Saturday and until the end of March. &amp; Nbsp; A first local case of Covid-19 taken very seriously was detected in Wallis and Futuna. The government wants to speed up the vaccination campaign and several mass operations are taking place in the country. 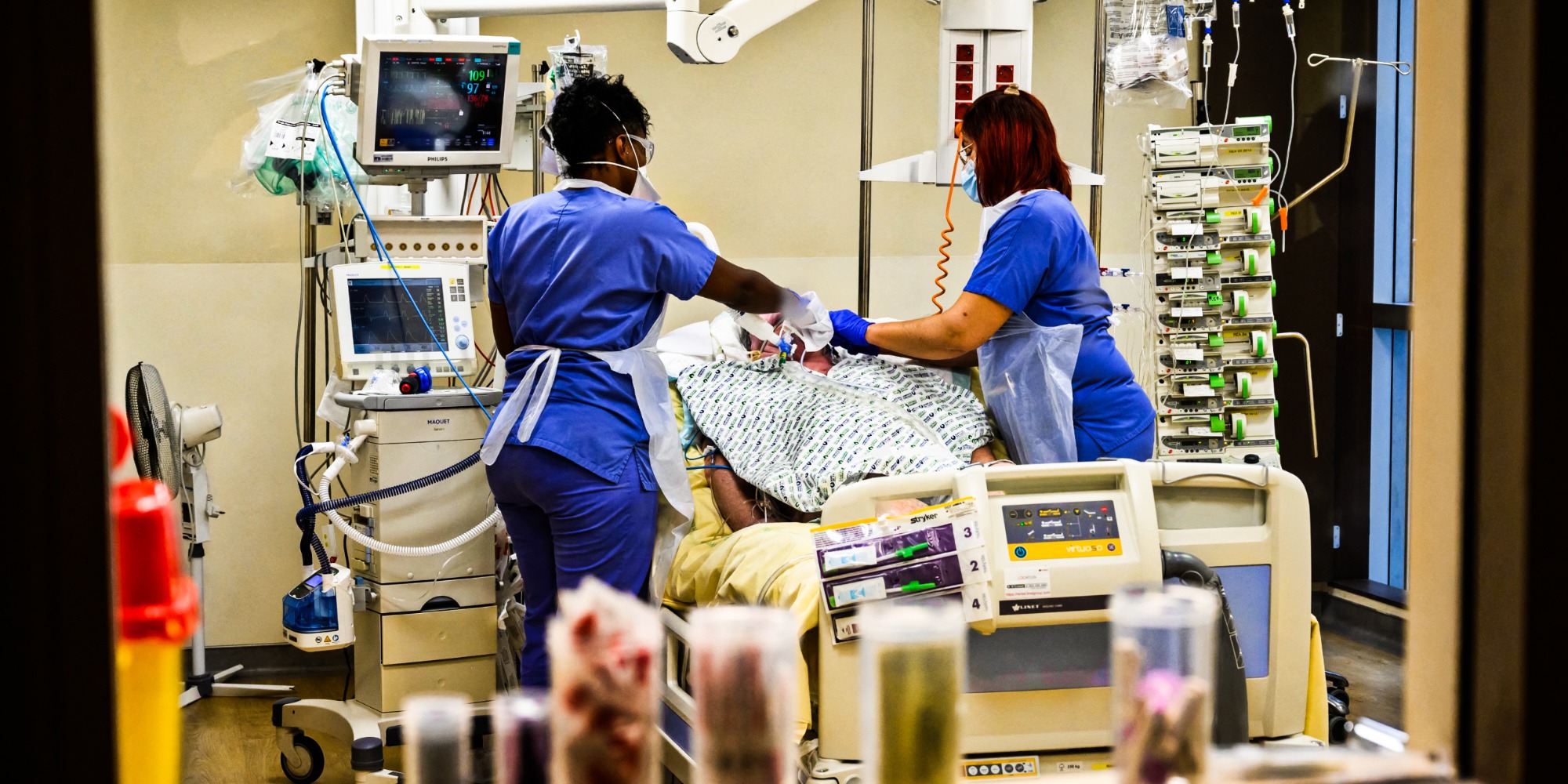 In France, hospital pressure remains strong, with 24,625 hospitalized patients, and Pas-de-Calais has been confined on weekends since Saturday and until the end of March.

A first local case of Covid-19 taken very seriously has been detected in Wallis and Futuna.

The government wants to speed up the vaccination campaign and several mass operations are taking place in the country.

At least 220,000 people were vaccinated on Saturday in France according to Olivier Véran, Minister of Health.

Accelerators have been given in several regions, especially those where the virus circulates most actively.

In Ile-de-France, more than 100 centers were opened this weekend to sell more than 50,000 doses.

A case of Covid-19 outside the fortnight was spotted in Wallis and Futuna, "which means that the virus is circulating on the island".

First local case of Covid-19 in Wallis and Futuna

A first case outside the fortnight of Covid-19 has been detected on the small archipelago of Wallis and Futuna in the South Pacific where measures to protect the population, with high obesity and diabetes rates, have been taken, said Sunday. Prefecture.

"This is a person who was out of fortnight several weeks ago after testing negative. This person saw a doctor because of symptoms and tested positive which means the virus is circulating in the patient. island, "Hervé Jonathan, senior administrator (prefect) of Wallis and Futuna told AFP.

A member of the staff of a college, the patient was admitted to the Wallis hospital and investigations are underway to find out whether or not it is a variant of the disease.

He must be evacuated to the hospital in Noumea, New Caledonia, according to the prefect.

A test campaign will be launched Monday with all students, teachers and administrative and technical staff of the establishment, said the prefecture.

According to a health survey published in 2020, more than 70% of the approximately 11,000 inhabitants of Wallis and Futuna are suffering from obesity and diabetes is also reaching record levels, making the population particularly vulnerable if the virus were to spread.

A "mass vaccination" operation is launched all weekend in Paris and the Paris region, because "time is running out" in the race against the spread of the pandemic, said the Paris police prefect, Didier Lallement on Saturday. , hoping that "50,000 more people" would be vaccinated by Sunday evening.

While the capital and its region are among the areas where the virus circulates most actively in France, the police evacuated the quays of the Seine in the afternoon, where the sun had attracted many Parisians who often did not did not respect barrier gestures.

The Paris police headquarters had first posted several tweets calling for respect for barrier gestures on the quays (wearing a mask and physical distancing), before deciding to disperse the small groups and evacuate the quays.

For this weekend, the police headquarters banned alcohol consumption on the quays of the Seine and the banks of the Canal Saint-Martin from 11 am to 6 pm, as well as in several other places in the capital.

According to the latest report published on the government website, hospital pressure remains strong.

24,625 patients are currently hospitalized for coronavirus, 140 less than the day before.

In addition, among those over 75 years of age, the number of hospitalizations has been falling continuously for a month.

According to Daniel Levy-Bruhl, head of the respiratory infections unit of the Public Health France agency, "everything converges to attribute to the observed decrease in the various indicators in subjects over 75 years of age, the benefit of vaccination", as he said. explained it on Saturday on Europe 1.

New protests against the measures and effects of the health crisis

In Guadeloupe, at least 2,000 demonstrators took to the streets of Pointe-à-Pitre at the call of 11 unions.

Health crisis, layoffs, respect for collective agreements, demand for tenure, wearing of the compulsory mask for children at school from 6 years old or the chlordecone scandal: this great march has crystallized many grievances expressed for several weeks, even several months. in Guadeloupe.

In Stockholm, two people were arrested on the sidelines of a demonstration organized in protest against the measures taken by the government to fight against the coronavirus, in which six police officers were injured.

In Vienna, several thousand demonstrators marched through the center to protest against restrictions intended to stem the epidemic.

Isolated clashes were reported between protesters and leftist counter-protesters.

Police said they had made a few arrests.

The Pas-de-Calais (Nord) began on Saturday morning a containment on Saturday and Sunday which will be in force for four weekends, i.e. until March 28, to curb an outbreak of the epidemic, especially in areas close to the Dunkirk.

Pharmaceutical giant Merck and an American laboratory announced on Saturday progress in the design of an oral drug against Covid-19: their antiviral currently being tested has had positive effects in reducing the viral load.

"We are encouraged by these preliminary results," said Wendy Painter, chief drug officer at Ridgeback Biotherapeutics.

Caregivers called to be vaccinated

About 40% of nursing home staff and 30% of caregivers, in town and in hospitals, have been vaccinated, too little according to the executive.

On Friday, Olivier Véran, Minister of Health, sent caregivers an open letter, urging them in particular to take the plunge.

In the same sense, the Order of Physicians on Saturday called on caregivers to an "ethical requirement" and a "duty to set an example".

Likewise, on Sunday, the seven orders of health professions (orders of doctors, dental surgeons, pharmacists, midwives, physiotherapists, pedicures-podiatrists and nurses) "call with one voice all caregivers to get vaccinated "against Covid-19.

They stress that it is an "ethical duty" to "curb the spread of the epidemic", in a column published by the Journal du Dimanche.

A method deemed "despicable" by the spokesperson for the national nurses' union, Thierry Amouroux, who assured Europe 1 on Saturday that caregivers did not refuse to be vaccinated but asked for another vaccine "more effective" than AstraZeneca.

The Germans rushed to the supermarkets of the Aldi chain on Saturday to buy the first commercially available antigenic tests against the coronavirus, stocks of which ran out within hours.

The pandemic has killed at least 2,581,034 people around the world, according to a report established by AFP on Saturday from official sources.

More than 116,031,470 cases of infection have been officially diagnosed since the start of the epidemic.

The United States is the most bereaved country with 524,262 deaths.

These figures which are based on the daily reports of the health authorities, without including the reassessments based on statistical bases, are generally underestimated.