(Abomariam - 60 years old) is unable to provide 15,000 dirhams for the cost of an urgent surgery in his right eye, after he had a defect in the retina, and cataract formation in the affected eye, as a result of his diabetes and high blood pressure, since 2019, what Cause a severe weakness in his sense of alphabet 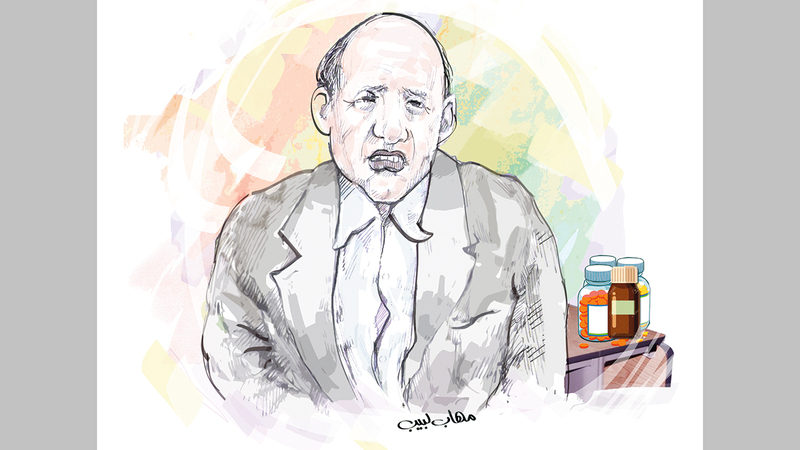 He suffers from cataract and right retina defect

(Abomariam - 60 years old) is unable to provide 15,000 dirhams for the cost of an urgent surgery in his right eye, after he had a defect in the retina, and cataract formation in the affected eye, as a result of his diabetes and high blood pressure, since 2019, what It caused severe visual impairment, and his condition deteriorated.

Doctors emphasized the necessity to undergo surgery as soon as possible, to treat him before he becomes permanently blind, but his financial condition prevents the cost of the surgery from being managed, so he appeals to the people of good and merciful hearts to extend a helping hand and help him to manage the cost of the surgery.

The medical report issued by a specialized hospital in Dubai stated that "the patient needs an urgent surgery, through which the retina is repaired, cataract is withdrawn from his right eye, and the cost of the operation is 15 thousand dirhams."

The patient narrated the story of his suffering with the disease to Emirates Today, saying: “In August of 2019, I had type 2 diabetes and high blood pressure, and I was keen to take the medications prescribed by the treating doctor, and was committed to regular medical follow-up at times. Set for regular checks.

He added: "In October of 2019, I woke up from my sleep. I felt that I could not see clearly close objects, and did not distinguish between colors, that vision was blurry, and I felt dizzy in the head, so I decided to visit an ophthalmologist."

He continued: “After conducting the medical examinations, the treating doctor told me that there was a defect in the right retina, a fog and opacity formed on the lens of the eye, and the appearance of a white spot, and the doctor advised me to operate as soon as possible, because early symptoms appeared as warning signs of the presence of white water.”

He explained that he has become completely unable to provide for the surgery costs, which amount to 15 thousand dirhams, as he has been unemployed since 2019, and his services have been terminated by the company he works for a year ago, and he does not have a steady source of income through which he can help his family members consisting of his children And his wife, and that he needs to undergo the operation, in order to be able to work again, so that he can support his family.

• The patient has been unemployed for two years and needs urgent surgery.