International report - Italy: charities scramble to help those who have lost everything

They are temporary workers, unemployed, moonlighters, are aged, on average, 40 to 64 years old, and are victims of the economic and social consequences of the coronavirus pandemic. To compensate for the ... 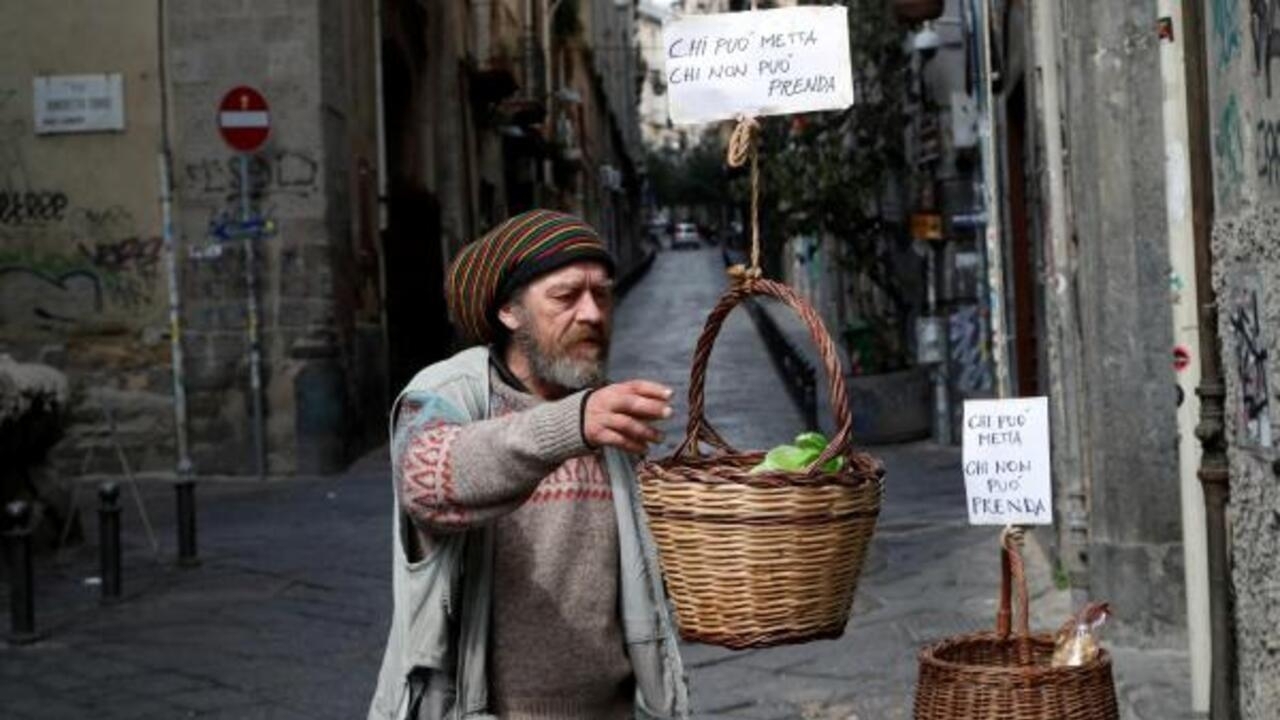 Italy: charities scramble to help those who have lost everything

In addition to the health crisis, there is now a very serious social crisis due to the lack of jobs and income for many Italian inhabitants.

They are temporary workers, unemployed, moonlighters, are aged, on average, 40 to 64 years old, and are victims of the economic and social consequences of the coronavirus pandemic.

To compensate for the State's shortcomings and delays in terms of financial aid, charitable organizations are stepping up their initiatives.

In the capital, where two thirds of the new poor are Italians, the Community of Sant Egidio has implemented a project to get women and men back on track who have suddenly lost everything.

From our correspondent in Rome

In the heart of Trastevere, the Community of Sant'Egidio has various buildings.

It is in one of these buildings that a space called “Hope and Work” has been set up.

Offices with windows on the courtyard, large waiting rooms, peaceful atmosphere, far from the Roman chaos.

The Community acts in synergy with other organizations to support the people who request its services, explains Filippo Sbrana, economist and volunteer of Sant 'Egidio: “

We help them, thanks to our network of relationships, to get closer to the world of work. .

And we also help them to ask for the financial support that the State can offer them but of which they are often not informed.

This allowance is capped at 480 euros per month for a single person and 680 if they pay rent.

Loredana, 48, single mother, was a waitress in a bar.

She discovers that she may be entitled to this support: “

I have been unemployed for four months.

This is the first time that I have found myself in this situation.

I am hosted by a friend.

There are days when I can't do anything, not even get dressed.

The information that I was given to have the citizen income relieves me a lot.

I did not know that existed.

It was also here that Francesco, a 57-year-old Roman, regained hope.

Divorced, he lived in a sublet apartment which he left following the bankruptcy of the transport company for which he worked, without a contract.

Without work since March 2020, I have slept on the street so many times.

Thanks to this community, I have found a job, with a contract, in a cleaning company, since February 1st.

And I am very proud of it!

Now my wish is to rent independent accommodation to heal my wounds.

In the meantime, he is hosted by a charity, in a peripheral district.

Giovanni Impagliazzo, one of the managers of the structure, tells about the daily challenges.

One of the problems is finding the possibility of sleeping, bathing and changing.

The other problem is depression.

A decree-law freezes redundancies until March 30.

But what will happen afterwards?

Since the start of the pandemic, five million Italians have swelled the ranks of the newly poor.

France: the Restos du Cœur launch their summer campaign, which has become “vital” this year

Covid-19: the pandemic worsens the plight of poor and emerging countries