American publisher: The Western reader shows an interest in the Arab world

The founder of Interlink Publishing House in Massachusetts in the United States, American publisher Michael Mushabak, confirmed that the Western public is showing a growing interest in the Arab world, and this interest is evident in the increasing demand for works translated from the Arabic language. 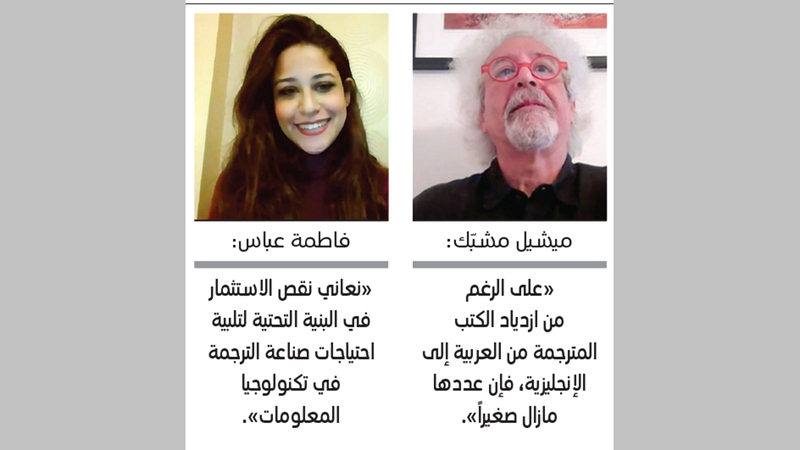 During the last sessions of the "Publishers Club" initiative

American publisher: The Western reader shows an interest in the Arab world

The founder of Interlink Publishing House in Massachusetts in the United States, the American publisher Michael Mushabbak, confirmed that the Western public is showing a growing interest in the Arab world, and this interest is evident in the increasing demand for works translated from the Arabic language.

Musabak added - during the latest sessions of the "Publishers Club" initiative launched by the Sharjah Book Authority as part of its efforts to support and advance the publishing sector - that he seeks to publish books that enhance understanding and respect for other cultures, and that translating Arabic literature occupies a great position in his project, as he considers it an integral part. From his mission to introduce American readers to the world, and to bring readers closer together through literature.

The session, which was organized remotely on the authority’s “Sharjah Read” platform under the title “The Market and Demand for Arabic and English Translated Works,” witnessed the participation of Michel Mushabak, the translator and literary consultant specializing in international publishing Fatma Abbas, and the session was moderated by Seth Russo.

Mushabak, author of the book "Kilimanjaro ... An Illustrated Journey to the Highest Peaks of the African Continent", pointed out the small market for translated works, which does not exceed 3% of the total books in the United States, considering that despite the increase in books translated from Arabic into English, Their number is still small.

He said: “The Interlink House - although it is considered small - has been able to consolidate its position and enhance its ability to respond quickly to events and changes in the market, as we market our books depending on free advertising to ensure the continuation of our success, and we are also keen to send a large number of copies to the evaluators and reviewers of books and magazines. Academic, newspapers and magazines, bloggers and book stores, in addition to attending conferences and book fairs, as well as fulfilling orders by mail, and marketing online through electronic newsletters, blogs, social media platforms, and e-mails.

For her part, Fatima Abbas, who previously held the position of Head of External Relations and Translation at "Noon Publishing and Distribution" in Cairo, highlighted the lack of investment in infrastructure to meet the translation industry's needs in the field of information and communication technology, and the lack of sustainable translation programs.

"These factors hindered the development of the Arabic translation industry, but a number of pioneering initiatives, such as the Translation Grant Fund of the Sharjah International Book Fair, have succeeded in contributing to changing this reality by seeking to remove obstacles facing the development of this industry," she said.

She stated that keeping pace with new trends, such as meeting young people's demand for audio books and graphic novels, could change the course of the translation market in the Middle East.