Writing Paths - In the “before” and “after” of the Tutsi genocide, with Béata Umubyeyi Mairesse

Originally from Butare, Rwanda, Béata Umubyeyi Mairesse is the author of two collections of short stories and a collection of poems. Last January, she won the Five Continents Prize of… 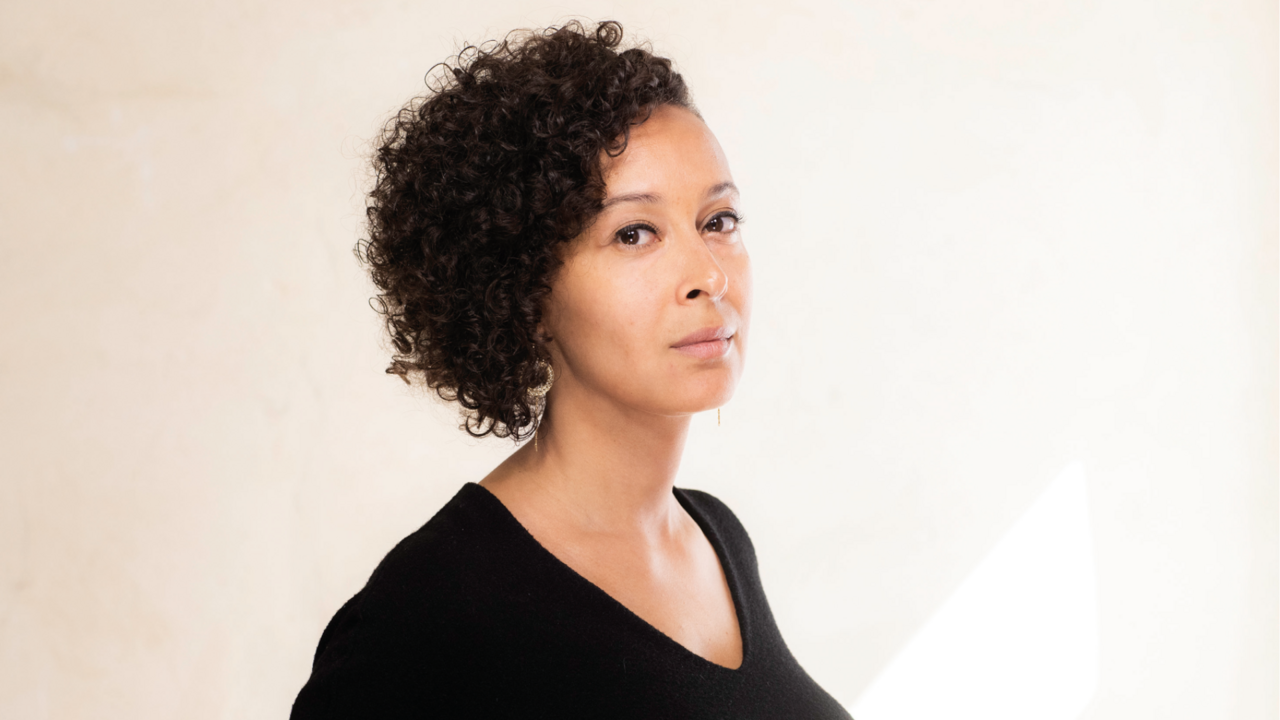 In the “before” and “after” of the Tutsi genocide, with Béata Umubyeyi Mairesse

Originally from Butare, Rwanda, Béata Umubyeyi Mairesse is the author of two collections of short stories and a collection of poems.

A survivor of the Tutsi genocide of April 1994, this young author delivers with her first novel a formidably accomplished fiction, depicting the psychological and spiritual after-effects of the killings, through the tragic story of a Rwandan family.

A universal story of love, mourning and incommunicability.

I have an immense debt towards the French language

", likes to point out the first Franco-Rwandan novelist Béata Umubyeyi Mairesse, winner of the 2020 edition of the prestigious Prize of the five continents of the Francophonie.

Born in Butare, the large university town in southern Rwanda, to a Polish father and a Rwandan mother, Béata Mairesse is a survivor of the Tutsi genocide.

She lived the horror up close, hiding from the killers before managing to flee the country with her mother, in a convoy of the Swiss humanitarian organization Terre des Hommes.

She narrowly escaped the machetes by answering in French the questions of her attackers, pretending to be a stranger.

The lie saved her from certain death.

Since 1994, Béata Mairesse has lived in France where, after studying political science, she made a career in humanitarian aid.

With her first novel, unanimously acclaimed by critics when it was published in 2019, the novelist brilliantly discharged her debt to French and has established herself as an important voice in the world of literature-world in French.

The neck is the cover of sorrow

Following the lineage of Ahmadou Kourouma and Kateb Yacine, the novelist poetically lives in French which she learned at the Belgian International School in her hometown where she was educated.

It enriches Molière's language with new potentialities, borrowed from his mother tongue, Kinyyrwanda, so rich in metaphors, poetry and adages, like the proverb “

The neck is the cover of sorrow

” highlighted at the beginning of the novel.

This proverb is the common thread of the story of mourning and dispersion that this exceptional book tells, against the backdrop of the ineffable horror of the massacres.

The original quality of the narrative voice which gives the

behind the French text

is undoubtedly not foreign to the enthusiasm of the jurors of the Five Continents Prize for his novel, described as an “

ode to transmission. , to the life drive

It's recognition that matters to me

because it comes from prestigious writers.

At the same time, it is a recognition of the fact that the Francophonie is carried today by people who are plurilingual and who nourish French with their imaginations from other languages.

Writers who survived the Holocaust

During the first years of her exile in France, she was one of the survivors walled up in their suffering, without being able to speak about it, for fear of arousing in their interlocutors incomprehension, even schematization and rejection.

It was at the age of 30, probably following her visit to the places of the former Jewish extermination camps, during a trip to Poland, to meet her paternal family, that she turned to writing.

Her role models are the surviving writers of the Holocaust whom she has read extensively since arriving in France, in particular the Hungarian novelist and essayist Imre Kertész, survivor of Nazi hell and author of a landmark work on the Holocaust. , which won her the Nobel Prize for Literature in 2002. She endorsed the approach of the author of

, who did not write a testimony on his deportation, but a fiction, questioning the cliché according to which the experience of genocide would be "

The novelist proclaims herself to be at odds with these “

Words can do anything, anything can be said,

According to the young woman who narrowly escaped extermination, her story is not "

" by the rest of the world.

Hence her writing approach which was to "

go through literature and art to make

and make them hearable

I am thinking in particular

of Imre Kertèsz, Nobel Prize for Literature, who has worked precisely on the question of language to say the after.

It is precisely in this "

" that the fiction of Béata Umubyeyi Mairesse is also located, exploring the physical and psychological after-effects of the massacres.

They tell of the loss and the “reunion of tattered hearts” in the hell of memories.

, which in Kinyyrwanda means both yesterday and tomorrow.

, the second collection of short stories that has enabled the author to establish her reputation as an outstanding short story writer.

Its protagonists are named Agripine, Kansilda, Languida or even Blandine, to name but a few.

Characters of survivors, they try to reinvent the future, while the weight of the past continues to poison their present.

Here, the choice of romantic fiction rather than testimony, which for a long time was the dominant genre in the literature inspired by the Tutsi genocide, is explained by the writer's concern to make the experience of the extermination "understandable". By inscribing it in the universal.

She does this by staging individual destinies that readers can relate to.

It was for me to take people by the hand, gently

The same approach animates the novel by Béata Mairesse, who has chosen not to place the plot of

All your children dispersed

in the eye of the cyclone, but to tell the before and after of the genocide.

Never during, even if the memory of the killings constitutes the plot of the story.

The novel opens with the return to the protagonist's native land.

Resulting from a mixed marriage between a French and a Rwandan, Blanche is mixed race like the author, and survivor of the genocide of 1994, just like the author.

At the end of three years of exile, she returns to the house on the main street in the city of Butare where she grew up and watched over by flowering jacarandas.

She tries to reconnect with her family and reestablish the broken links with her country whose thousand hills still rustle with the memory of the terrible tragedies which have bloodied them.

With a striking interiority, alternating three voices from the same family over three generations, the novel tells the extent of the traumas through which the characters must walk to rebuild themselves and reweave the links between yesterday and today.

This is not a novel about genocide, but about transmission and miscegenation,

She composed her novel as a choral story, divided into quasi-autonomous chapters and making the different voices heard.

Because I am above all a short story writer

Writing short stories was a way for me both to get closer to the oral literature of my mother tongue, Kinyyrwanda, composed mainly of short texts, but also to symbolically convey the very idea of ​​the lives cut off by the genocide.

And even this novel is a choral novel, with different points of view held by the different protagonists.

We will not have said everything about this text of a mad intelligence, at the same time profound and admirably composed, without emphasizing its intertextual construction.

A true tribute to literature, this novel is peppered with literary references that function as so many reading grids.

These references range from Aimé Césaire to Georges Perec, via Patrick Chamoiseau to Jean Tardieu, great classic authors of modernity who have nourished the imagination of the novelist.

Passionate about tales and stories from a young age, Béata Umubyeyi Mairesse likes to define herself as a reader.

I didn't think I would become a writer, but now that I've started writing, I don't think I'm going to stop there, because I have now taken a liking to it.

To the delight of his readers who are impatiently awaiting the publication of his next novel.

All the dispersed children

Beata Umubyeyi Mairesse, the unspoken and the silences of the genocide of the Tutsi in Rwanda