Defense of Eastern Christians: the cause arouses strong political opposition in France

Long ignored in the West, the persecutions against Christians in the East have been brought to light by the massacres of the Islamic State group in Iraq and Syria. If this cause has since a strong ... 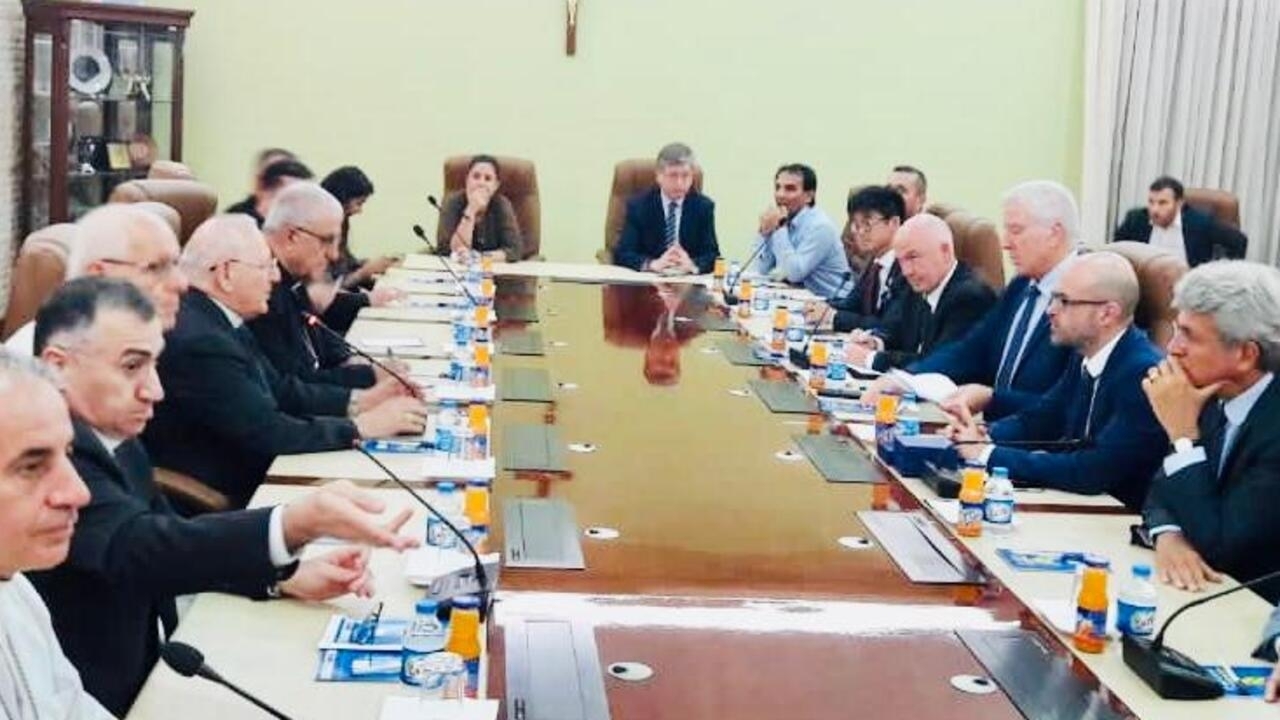 Four years after the fall of the "qualifat" of the Islamic State group, Pope Francis began a historic visit to Iraq on Friday March 5 to call for better protection of Christians in the East.

Long ignored by the media, the cause of this minority discriminated against for several decades was highlighted by the videos of executions of the organization Islamic State, in 2014, which aroused worldwide emotion.

"Rest assured that in France you will be fully welcomed" declared François Hollande in March 2015, during a welcoming ceremony for Eastern Christians in Paris. One thousand five hundred asylum visas had then been granted to the persecuted. In parallel, deputies decide to launch support groups for the National Assembly and the Senate: the cause of Eastern Christians becomes a political subject.

Under the presidency of François Hollande, France seized the UN Security Council on the issue of Eastern Christians and adopted an action plan, in September 2015, notably providing for political solutions in accordance with the rights of the United Nations. 'Man, a humanitarian component and a judicial component dedicated to the fight against impunity.

If all on the left then agree on the importance of bringing help to persecuted Christians, few deputies join the support groups composed almost exclusively of personalities from the right.

“For several decades, part of the left has been uncomfortable with the question of religions,” explains Gwendal Rouillard, one of the rare socialists to campaign openly for the defense of Eastern Christians.

“There is a secular current on the left which is by tradition universalist and considers faith as a private matter.

The Christian democratic current, to which I belong, considers religion as the identity of a group, which can, as such, be protected as such ”.

This former socialist, now LREM deputy for Lorient, became, in 2018, co-chair of the study group on Eastern Christians at the National Assembly.

An assumption of the post which aroused criticism in his camp: “Some have accused me of putting down secularism, I was attacked quite violently.

However, I find that there has been progress and that the elected representatives of the left are today more sensitive to the question, even if their commitment remains timid ”.

A fight claimed by the right

For its part, the French right, at the origin of the creation of the two parliamentary groups, is very involved in the subject.

“France has a historic role in protecting Eastern Christians, it is a heritage that dates back to Saint Louis in the 13th century, and our political movement is very attached to it” explains Valérie Boyer, member of the study group on Eastern Christians in the Senate, contacted by France 24.

On the action of the Hollande and Macron governments, the Senator for the Republicans makes a severe judgment: “France and even the European Union have completely failed on the issue of the defense of Christians.

Where are the concrete actions?

The arguments on human rights are hypocritical: we talk to China despite the treatment of the Uyghurs, to Saudi Arabia which does not yet shine with its democracy, but we refuse any contact with certain countries like Bashar's Syria al-Assad, why?

The question of morals is a bad indicator, our cursor must be the interests of France and in particular the fight against Islamic terrorism ”.

Assad to the aid of Christians?

Should the defense of Eastern Christians go through support for Bashar al-Assad?

This is what Thierry Mariani, former Republican deputy, now MEP of the National Rally, thinks.

In recent years he has organized several trips to Syria, taking groups of MPs with him.

Visits during which parliamentarians met the Syrian leader.

“You just have to make the trip there and talk to the Christians, they all told us the same thing: If Bashar al-Assad had not prevented the country from collapsing, we would all have died.

The enemies of our enemies must be considered as our friends ”, he concludes.

# Syria.For the 5th time in 2 years, an interview this morning, over an hour, with President Bashar El-Assad.

A vision rejected outright by Gwendal Rouillard: “The Assad clan has always used Christians as an alibi, instrument and shield to forge relations of good conscience with the West, whether in Syria or Lebanon.

But it is a sham.

In reality, they are considered second-class citizens and are executed if they are unfortunate enough to oppose the regime.

The attitude of French politicians who support Assad is totally reprehensible and does not correspond to French diplomacy, "he denounces. Our weapon is international law. It has its limits but it is our most precious tool. ”.

After having long demanded the departure of the Syrian leader, France no longer makes it a priority today, in the words of Emmanuel Macron.

It now supports the transition process initiated by the UN in 2019.

For his part, Thierry Mariani continues his fight in the European Parliament.

President of the Intergroup for the Defense of Eastern Christians, he now relies on his ideological proximity to nationalist governments in Hungary, Poland and Russia to advance his ideas.