The Tel Aviv municipality offered a concert on Friday dedicated to people vaccinated against Covid-19. This first concert of a series of four brought together, in a football stadium, some 500… 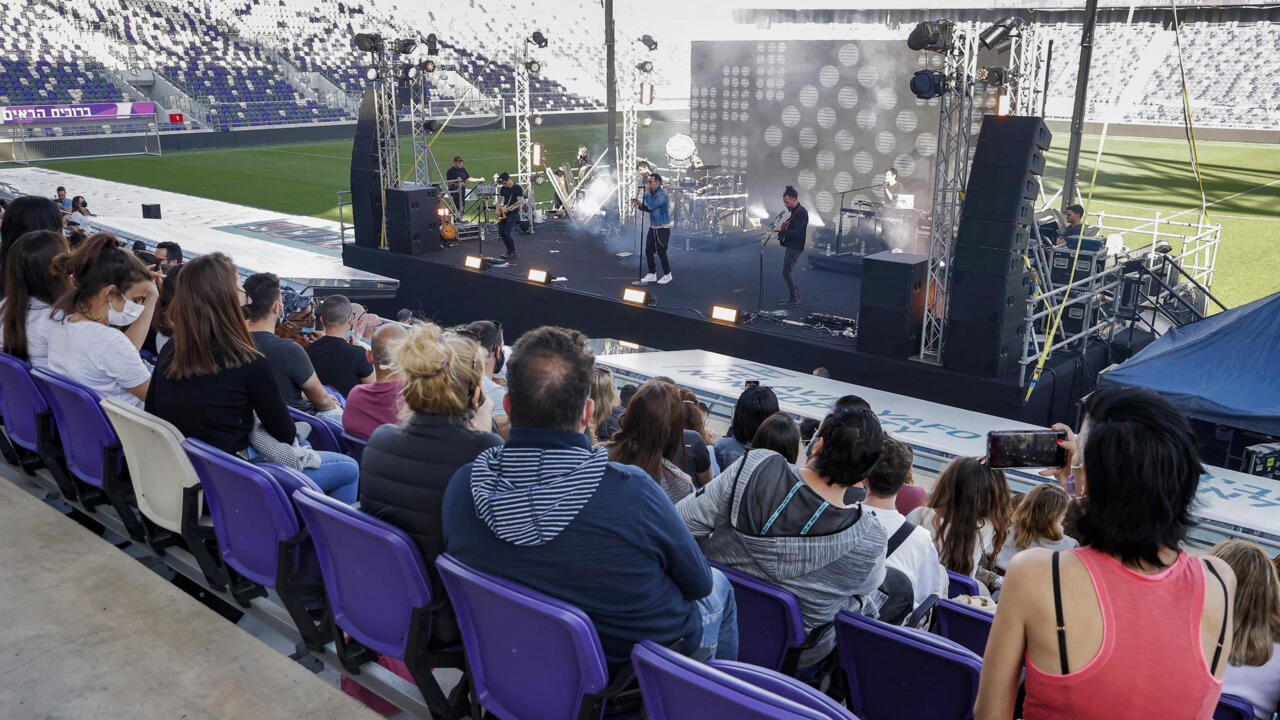 Several hundred people attended, Friday, March 5, an outdoor concert organized by the Tel Aviv city hall, the first in a series of musical performances organized for people vaccinated against the coronavirus.

"It's really great, I'm happy and I'm looking forward to the concert," Reut Gofer told AFP upon arriving at the stadium.

"I hope this is the start of a period during which we will be able to return to our real life," she added.

Comeback of culture in #TelAviv!

This weekend more than 2000 vaccinated residents will enjoy the first concerts in Bloomfield Stadium (#Jaffa) 🎤🎶🎸 pic.twitter.com/L9C7ZqYXlC

The first in a series of four concerts organized by Tel Aviv City Hall in this stadium, this show follows the announcement this week by the Israeli government of the gradual resumption of cultural and artistic events for those vaccinated.

In order to enter the stadium, spectators had to present a certificate from the Israeli Ministry of Health proving that they had received the two doses of the Pfizer-BioNTech vaccine, which is rapidly supplying the country in exchange for biomedical data on the effect of the drug. treatment.

Israel, more than half of the population of which received at least the first dose of the coronavirus vaccine, gradually emerged from its third lockdown in early February.

Some 796,465 infected people have been identified by the Jewish state since the start of the pandemic, of which around 5,834 have died.

"As the majority of our population is already vaccinated, after a year of Covid, we can finally open our cultural and entertainment activities," said Eytan Schwartz, spokesman for Tel Aviv City Hall, indicating that he is was the first in a series of concerts.

"We are organizing these concerts because we want (...) to have access to culture again, we want to regain our former life. I hope that very soon we will be able to fill this stadium as it should with 30,000 people ", he added.