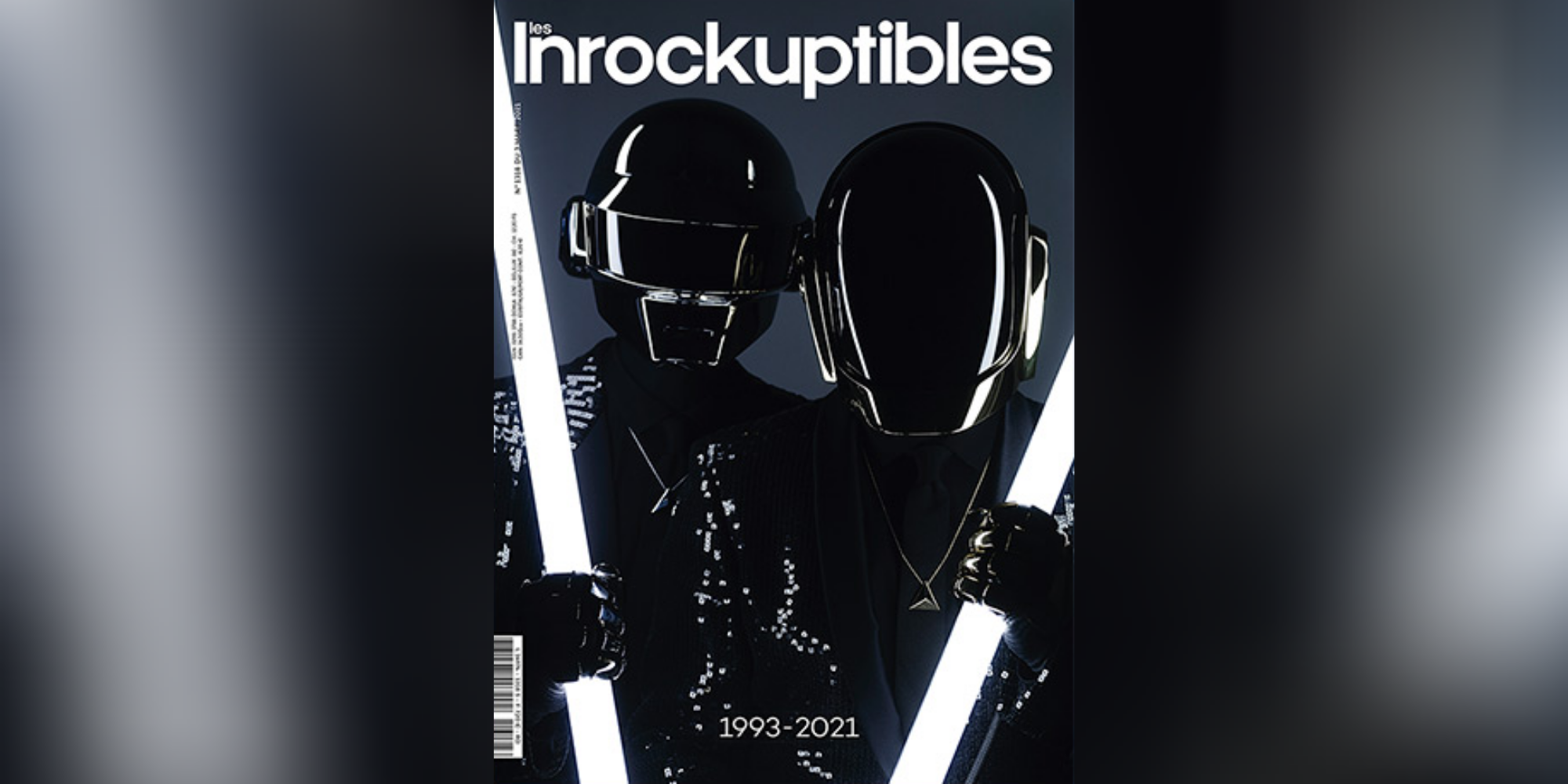 "Les Inrockuptibles" devotes a special edition to the French electro duo Daft Punk, who announced their surprise separation on February 22.

The 70-page magazine, titled "1993 - 2021: Daft Punk, Tale of an Electronic Odyssey", compiles the magazine's archives and unpublished content on the maqué group created in 1993.

The front page is almost entirely black, annotated with two years, as on a tombstone: 1993 - 2021. The magazine

A planetary event that deserved at least one special issue, according to Jean-Marc Lalanne, editorial director.

"Their longevity is so exceptional, their level of creativity spanned three decades, with many hits linked to our existence, our parties, our loves," he explains to

"Daft Punk have shaped our life since their beginnings. Suddenly, it was as if something was being taken away from us," adds Jean-Marc Lalanne.

"So we wanted to get back into it all and write something about it. But we wanted to write new things about how we felt when they broke up."

Artist testimonials on the heritage of Daft Punk

Result: 70 pages on Daft Punk, two thirds of which are archives.

The newspaper brought out all his interviews with Daft Punk members Thomas Bangalter and Guy-Manuel de Homem-Christo.

Interviews carried out with each album release for almost 30 years.

The special edition also includes unpublished articles, analyzes to understand the Daft Punk phenomenon, as well as testimonials from artists who all have a personal history with the duo.

This week, an increased pagination issue to immerse yourself in the planet Daft Punk, One More Time…

To be discovered on newsstands on Thursday, and now on digital: https://t.co/2BDEqDhCMK.

More original still, the special issue publishes reviews of their albums, but unpublished.

The journalists listened to the complete discography of Daft Punk, their four studio albums, with their ear today.

New content to discover in the special issue of

, on newsstands from Thursday and for one month.

The magazine had already dedicated a special issue to the duo in 2013, entitled "Daft Punk, the mechanics of triumph", still on sale on the