The last goal of Maragall's niece that was worth a gold for Spanish hockey: "I retired when I was 21 because I was realistic" 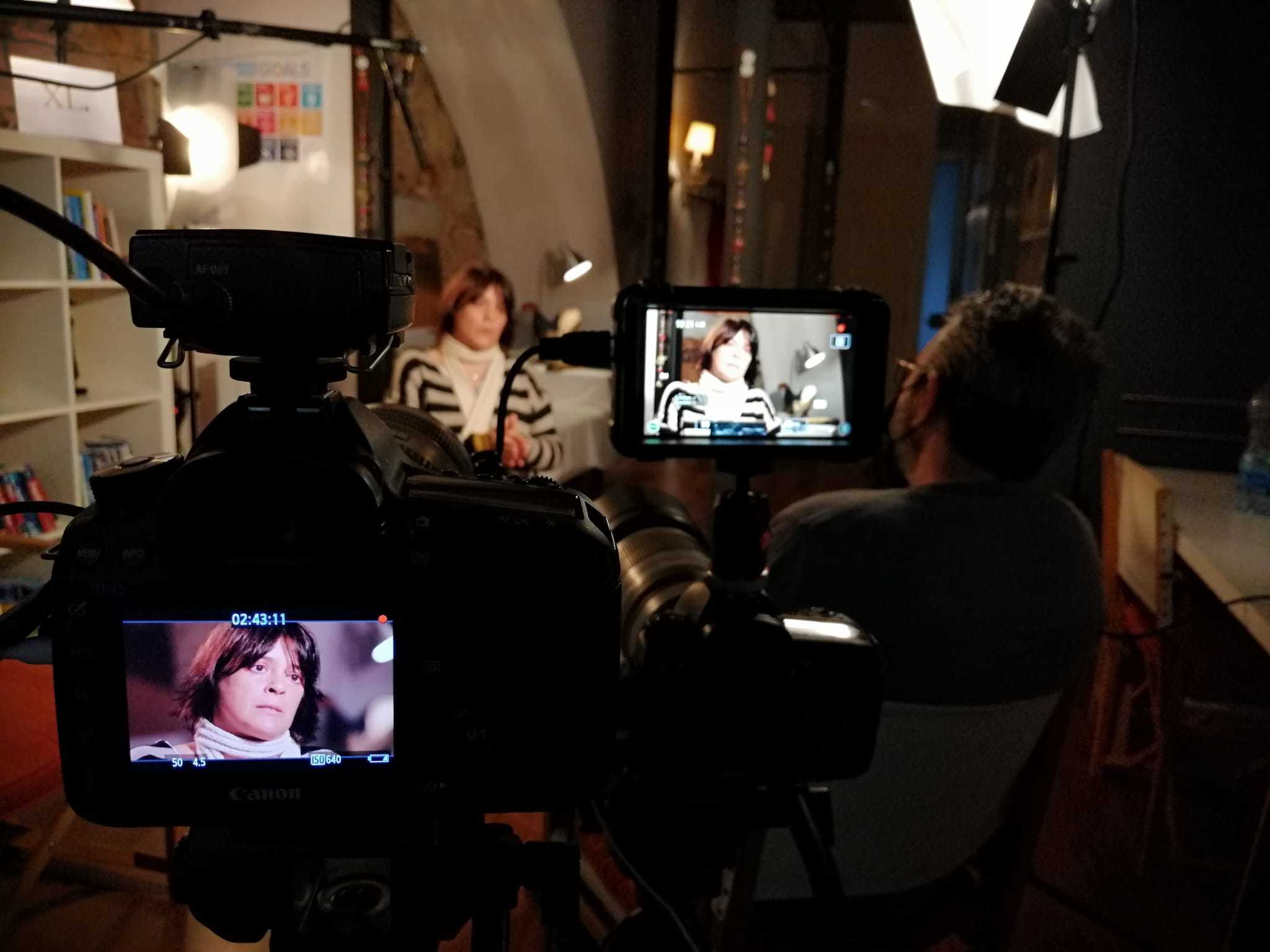 The gold of the Barcelona 92 ​​Olympic medal shines on the necks of 16 girls. They are the members of the women's field hockey team, a team that in just five years went from amateurism to savoring success in the world's largest sporting competition in the hand of an "eccentric" and "unclassifiable" coach -José Manuel Brasa- and "an inhuman plan" designed to lead them to victory.

That is the reality that

, the documentary that Movistar premieres in Vamos this Thursday at 10 pm.

And this is his story.

"We were ordinary girls, without a high-performance culture, we were not elite athletes because our sport barely had 500 female licenses in Spain. We started from a very precarious situation but with the vision of a coach who always believed we could get there. to win and he prepared us for it ", tells EL MUNDO

, one of the goalkeepers of that team, who remembers the trips that the national team made in preparation for the Olympic Games, mainly one in

To do this, you have to move to the summer of 1989, a few months before the fall of the Berlin Wall, to the Soviet city of

"We arrived at the Moscow airport and as Lithuania, Latvia and Estonia were already in revolt with the region, they told us that they could not fly to Siaulaia. They put us on a bus from the 1950s and we made 1,500 kilometers of travel. We arrived exhausted, but we won and the return was guaranteed by plane ".

When arriving at the airport two hours before boarding to start the return, a lock on the door.

"An operator arrives in a spy movie car, gets out, checks our bags for us and tells us that we have to get them on the plane. Once inside the commander tells us that he cannot fly with that weight and we convinced him to bring us a bigger plane from

"We jumped on the track to signal him as if we were Robinson Crusoe, it was hilarious and that trip totally marked us. When we were bad at the Games, Virginia Ramírez shouted that if we had overcome Lithuania we could do everything."

, a trip to train in humid environments, definitively forged the character of a team of 16 female students who only had 50,000 pesetas a month from an ADO scholarship.

Eli Maragall, during the documentary Movistar

"It's that there are 16 completely amateur girls, it's as if your 19-year-old daughter who is going to play hockey for fun with her friends suddenly wins an Olympic medal. It is a message of brutal improvement: 'If we could, anyone can do it '. There was no structure and the aunts put themselves into a plan led by an absolutely histrionic and a little crazy coach who talked to them about winning a medal and they ended up believing it, "explains the 1992

But the key is in "the inhumane plan" of José Manuel Brasa to lead the girls to the Olympic gold medal.

"He put the strengths and weaknesses on a blackboard and explained to us how far we wanted to go. Our goal was the semifinals because we were prepared to get there and once there and whatever came," recalls

, niece of the former mayor of Barcelona and former

In the first game, the team is losing 2-0 against Germany at halftime, draws at the end and is played in the decisive third against the world champion, Australia.

Victory by the slightest.

"We were good at defending and taking counterattacks and we focused on being the best in what we knew."

This is how they appeared in the extension of the final against the Germans and the final shot came:

"It is that everything completes that the goal of the gold medal is scored by the niece of the Olympic mayor, it is a success story of women's sport at a time when it was beginning to emerge when there was no structure," says Fermoso.

José Manuel Brasa, coach of the team in BarcelonaMovistar

the last goal and the last game

for Maragall with the rojigualda uniform.

"I was 21 years old and I quit because I am very realistic. The national team is very good, but I had not finished my studies and I could not make a living from it. Hockey was a very important part of my life, but now another stage in my life was beginning. life, "explains this Olympic champion who graduated in Tourism, now runs her own travel agency and played until 2000 in her national club.

The same student path followed the 16 women who wore the medal around their necks that August 7.

"We have all continued to have studies, dedicating ourselves to this and making a living from it is a matter of four privileged women", contributes Maribel Martínez, pedagogue and motivational coach.

And, after the gold, not only came the celebration, at least, for Eli Maragall.

"The next day I went with my mother to see the water polo semifinal in Montjuic because we already had the tickets bought long before Spain played it", recreates who in 1985 when

announced the Olympic candidacy of Barcelona 92 ​​had signed up as a volunteer to collaborate in the Olympic Games.

"I was a sports patient, I was 15 years old and I was in the U-18 team, but I quite thought that I was going to go to some Games. When they called me for the absolute, I had to stop volunteering," he says.

to delimit the parades," says Fermoso.

And to delimit parades to the goal of the final that gave the victory to a team that is still united.

"We have a group of whats app all the players and the staff in which we keep in touch. And after this interview

and I take a car, we go to Maribel's house to spend the day and help her as a babysitter for her children and we will watch the documentary together. "