Contents of the show: Barça stunning! Notwithstanding the searches, the arrests, the Blaugranas have managed the feat of overthrowing Sevilla FC, and climb to the final of the Coupe d… 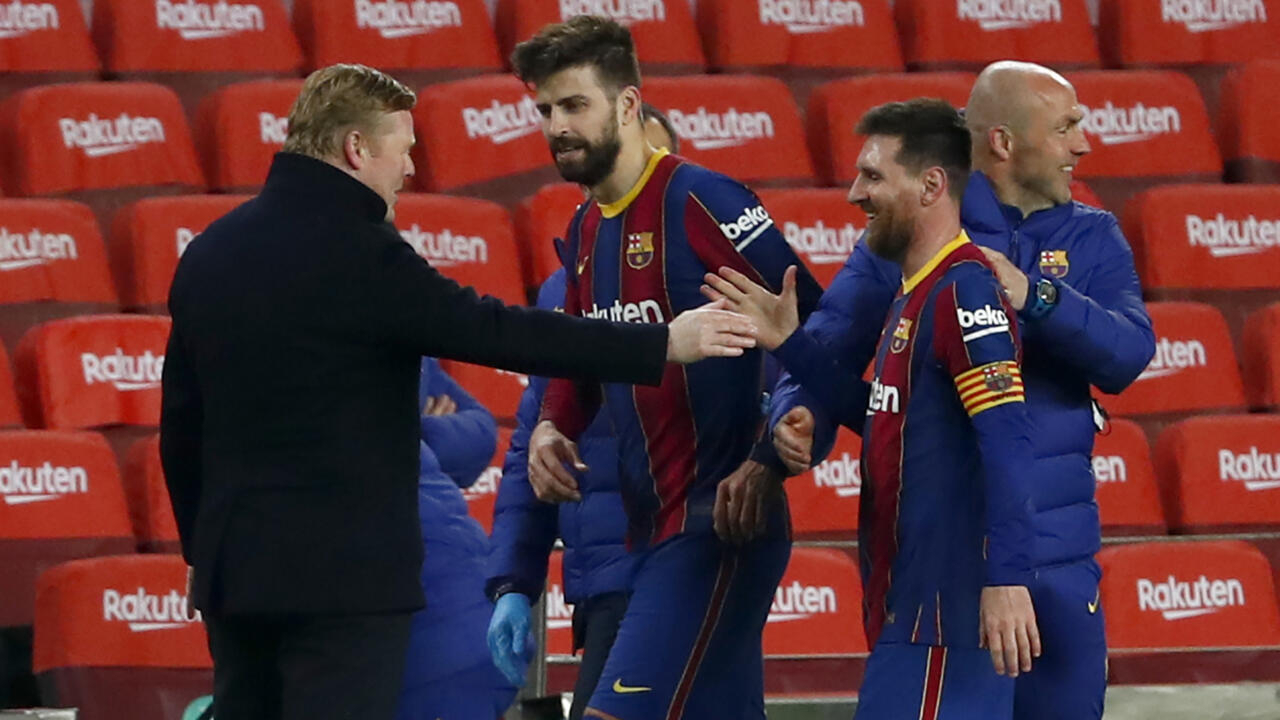 Contents of the show: Barça stunning!

Notwithstanding the searches, the arrests, the Blaugranas have managed the feat of overthrowing Sevilla FC, and reach the final of the Copa del Rey.

Dembélé, the fit man, played an important role in this Barcelona "remount".

The best for Koeman, who admits to having spent his “best coaching evening” on the bench of the Catalan club.

A tactical victory for the Dutch coach?

- Of the Barcelonans who find the form and the game, should the PSG worry about it while the return leg of the Champions League looms?

- Parisians who won their L1 match in Bordeaux without their stars.

Moise Kean dismissed because of Covid, while Neymar resumes training.

Galtier's 11 won at the end of the match against Marseille.

- The OM for which Logoria wants to prepare for the future, while Sampaoli has landed and Mc Court has met the supporters and reaffirmed his attachment to the club.

Now 4 points behind OL, a stop?

- Premier League: 29th day: if the Citizens continue their momentum, Manchester United and Leicester are in slow motion.

- 100 days before the Euro, will the competition be held as planned in 12 cities?

England ready to host any match.