The viewing figures on SVT play break records and in linear television they are higher than in several years. The melody festival is the people's favorite when the restaurant is just a memory. - This year, the program exceeds all hopes, says program client Anton Glanzelius. 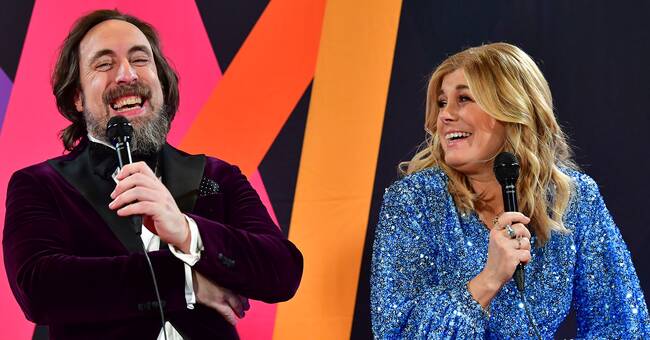 This year's Melodifestival has only had time to get through four sub-competitions, but there is already a clear trend: high viewing figures.

In linear television, the figures for all four sub-competitions are higher than in the previous two years, even if they do not break record years such as 2013.


Harder to go to the pub

According to Tomas Lindhé, head of audience and offer analysis at SVT, SVT is not always consistent in how to offer the Melodifestivalen offer on SVT play.

- But despite this, the trend is still clear, says Tomas Lindhé about the large increase in viewership on SVT play.

One of the reasons for the increase is the coronary restrictions, Lindhé believes.

- A program format without an audience has a tougher challenge than those that can convey the feeling that comes with the audience in place.

So when, despite the challenges and also with competition from other channels, we see such fine results, it is some kind of covid effect, he says and continues:

- The opportunity to go to the pub is smaller and those who would have opted out of the Melodifestivalen otherwise may not do so now.

Viewer figures for the Melodifestivalen on SVT Play.

Anton Glanzelius, program client for entertainment on SVT, believes that in times of crisis we are attracted by being able to gather around something positive.

- This year, the recipe for success is that each episode is unique.

New program hosts who make their own mark every week.

This year, the Mello lovers want to see every episode so as not to miss anything, he says.

The long-running trend has been that SVT is losing viewers in linear television due to the fact that competition is now fierce online, even globally with various streaming services.

But viewership has not decreased in linear television this year, compared to the negative trend of recent years.

- The last two competitions have the best viewing figures in four years.

It is remarkable in a phase in history where it generally goes downhill, says Tomas Lindhé.