Will the Dunkirk wave of Covid sweep over the Lille metropolis? 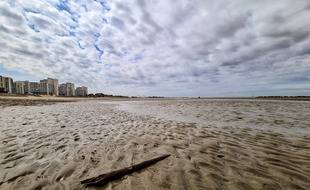 It has been a few weeks since the Dunkirk sector, in the North, experienced an outbreak of the coronavirus epidemic.

The inhabitants of the urban community of Dunkirk (CUD) have also spent their first weekend under confinement.

A measure that is not yet bearing fruit, the epidemic is still gaining ground.

Evacuations outside the region of people sick with Covid-19 were also organized on Tuesday.

The incidence rate in the Dunkirk sector has exceeded the threshold of 1,000 positive cases per 100,000 inhabitants, making it the French territory in which the circulation of the virus is the most important.

As an indication, the average incidence rate in France is 219 positive cases per 100,000 inhabitants according to Public Health France.

The Dunkirk hospital center is overwhelmed by the influx of Covid patients to the point that 79 transfers have already been made to other hospitals, in particular Lille or Amiens.

A new milestone was crossed on Tuesday when the Regional Health Agency (ARS) decided to begin medical evacuations of patients in intensive care to establishments outside the region.

The Samu thus helicoptered two people from Dunkirk to the hospital in Le Havre, in Normandy.

Doubling of the resuscitation bed capacity

The ARS emphasizes that "other inter-regional transfers could take place in the coming days", while ensuring that the capacities of resuscitation services in Hauts-de-France are "not currently totally saturated".

According to the latest figures from Public Health France, 403 people are currently hospitalized in intensive care in the region, including 170 for the Nord department alone.

In a normal context, the number of intensive care beds in Hauts-de-France is 460. A figure that the ARS wishes to increase to 800 by the end of the week.

This significant increase in the reception capacity in intensive care, qualified as anticipation by the ARS, is the counterpart of a health situation which continues to deteriorate.

The wave from Dunkirk inevitably progresses towards the European Metropolis of Lille (MEL).

Towards an identical scenario in the Lille metropolis?

We are not going to speculate on the hypothesis of a reconfinement of the Lille metropolis in the short term.

Lille is also quite far from the situation of Dunkirk, Nice or Cannes when the decision was taken by the authorities.

When the Minister of Health, Olivier Véran, announced the establishment of containment at the weekend in Dunkirk, the incidence rate was already over 900 cases per 100,000 inhabitants.

Another important decision-making factor is also not reached, namely the saturation of intensive care units.

Some reasons to hope for a reprieve while waiting for the measures taken on the coast to produce their effects and for the vaccination campaign to intensify.

In Nord and Pas-de-Calais, around 160,000 people received the vaccine, or less than 4% of the population of these two departments.

Coronavirus: No, Emmanuel Macron was not photographed without a mask in Le Touquet on Sunday

Coronavirus: Experiments for the return of the public to the possible stages "within 3 or 4 weeks"