Isolation of asymptomatic caregivers, a real challenge for hospitals

The new rule is not necessarily always easy to respect A vaccination center for nursing staff at Henri-Mondor hospital in Créteil. - NICOLAS MESSYASZ / SIPA Since January, the High Council for Public Health has recommended isolating all caregivers positive for Covid. This instruction was taken up by the Ministry of Health. And in some live services, this new rule may lead to reorganizations. Almost a year after the first wave of the coronavirus in Fra 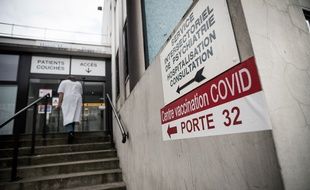 A vaccination center for nursing staff at Henri-Mondor hospital in Créteil.

Almost a year after the first wave of the coronavirus in France, hospitals remain under pressure.

With around 25,000 patients hospitalized in the country due to Covid, including 3,300 in intensive care, health establishments and staff are under enormous strain.

And the task could become even more complicated.

In fact, until mid-January, healthcare workers who tested positive for Covid-19 but who did not show symptoms were invited to continue their work in services in tension.

The authorities were based on an opinion issued on May 23, 2020 by the High Council of Public Health (HCSP), which explained that "in the event that non-replaceable personnel carry SARS-CoV-2 and are asymptomatic, the degraded possibility of 'Retention with reinforcement of precautionary and hygiene measures is possible ”.

The idea was then to run the services at all costs.

But at the start of 2021, the rapid spread of the English and South African variants will be a game-changer.

In an opinion dated January 20, 2021, the HCSP is clear: "Concerning the exemption allowing the work of nursing staff diagnosed positive, the HCSP recommends the deletion of this exemption".

Caregivers are now invited, like all French people, to go into solitary confinement for ten days as soon as they become aware of their positivity.

"This rule must not be subject to any derogation" warns the HCSP.

This turnaround made the Director General of Health (DGS), Jérôme Salomon react.

In an email (published by the High Council) dated January 27, 2021, he referred to a "significant change in doctrine" and asked the President of the High Council, Franck Chauvin, if exemptions are still possible.

"In the event of extreme necessity or risk of disruption in the care of patients / residents, and in the context of reinforced precautions, what alternative measures concerning asymptomatic cases not affected by a variant can be considered to secure the continuity of supported ?

An instruction sent on February 12

The HCSP replied, in a notice published on February 3.

His message is always the same: no derogation from the isolation of positive cases.

The scientists recall in particular "that an asymptomatic infected staff can have a high viral load", and therefore easily infect other colleagues.

In addition, “the identification of a variant is not possible in all establishments and (…) it usually occurs too late”.

To avoid service shutdowns in the event of numerous contaminations, the HCSP recommends “organizational measures” such as “the participation of volunteers”.

The DGS takes note of this response.

, the Ministry of Health indicates that an "internal instruction" containing the new recommendations of the High Council was sent to the regional health agencies (ARS) on February 12.

They are then responsible for bringing the information back to the hospitals.

"It is clearly explained that no exceptions are possible," said a spokesperson for the ministry.

Some have received the message, such as the AP-HP (bringing together 39 hospitals and 52,000 caregivers), which confirms at

having incorporated this new doctrine into its rules.

But obviously, the message struggled to get to other places.

According to a testimony we have gathered, several members of the nursing staff of the Robert-Ballanger hospital center, in Aulnay-sous-Bois (Seine-Saint-Denis), thus came to work last week in the maternity ward, even though they were were positive for the coronavirus.

"Initially, there were only a few people infected, and they were replaced," indicates a member of the service concerned.

But everything got complicated when several midwives caught the Covid-19.

Some, who were asymptomatic, were asked to come anyway to run the service ”.

Finally, it will take the intervention of a manager and the complaints of several caregivers so that all those who test positive are placed in isolation.

And part of the service was eventually closed.

"It is quite revealing of the lack of resources at the hospital, where we are constantly understaffed, and when there is a crisis, it shows even more" notes our witness.

Contacted, management had not yet responded at the time of publication of the article.

Franck Chauvin, president of the HCSP, is aware of these difficulties.

“In the absence of strain on staff, the risk of keeping asymptomatic people in place outweighs the benefit.

But there may be exceptions, ”he conceded to

But in view of the many services which are calling for hiring all over France, there is a real risk that these “exceptions” will multiply in the coming months.

Coronavirus in Dunkirk: The mayors of the agglomeration still hope to avoid re-containment without having too many illusions 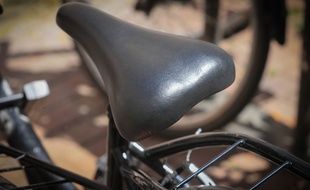 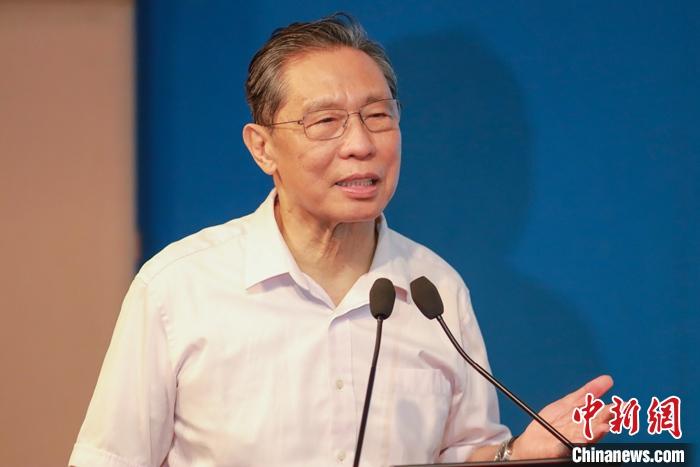