7.822 billion yuan ended and refreshed the record of the highest box office in history

The highest box office for the Spring Festival   "In the past, there was no Spring Festival file (from the first day to the seventh day of the day) where two movies with a box office of more than 3 billion yuan were born at the same time!" A person in the film and television industry could not hide his excitement when facing the Beijing News Shell Finance reporter.   The 2021 movie Spring Fest

The highest box office for the Spring Festival

"In the past, there was no Spring Festival file (from the first day to the seventh day of the day) where two movies with a box office of more than 3 billion yuan were born at the same time!" A person in the film and television industry could not hide his excitement when facing the Beijing News Shell Finance reporter.

The two films also broke into the top ten box office movie history in China, and the former reached a total box office of 3 billion yuan on the fourth day of the Lunar New Year, and the latter also broke this number on the seventh day of the first month.

At the same time, in the context of the normalization of epidemic prevention and control, the local Chinese New Year has further released the audience's demand for movie watching, and the total number of movie watching of 160 million has also set a record for the Spring Festival.

"Many people stay in different places to celebrate the New Year, and there are no other entertainment activities, which objectively increases the base of the movie-watching group. At the same time, the Lunar New Year stalls have a lot of publicity, and other industries are also promoting the recovery of the film industry. "Senior film distributor Yuan Haibin told the Beijing News Shell Finance reporter.

In his opinion, the pace of development of the Chinese film industry has returned to normal since the Lunar New Year stalls last year.

Whether or not there will be a hot or double hot style in the Spring Festival stalls, the choice of the film party is very critical.

"The audience needs laughter and tears too much this year, including the Chinese New Year in situ. Everyone needs to vent their emotions. This is the key to the victory of "Hello, Li Huanying". Young people want their parents to be happy, and middle-aged people want their parents to live long and old. People reminisce about their parents, it can be said that three generations of people have been squeezed to death by "Hello, Li Huanying", this is a "take-all" film like "Wolf Warrior 2"," the publisher said.

"To put it bluntly, there are two or even three films that can be released during the Spring Festival every year. Cartoons are definitely profitable each year. These films, "The Crowd", "The Order of the Samurai", and "Assassination of Novelists" are at the end of the cinema. It shouldn't make any money," said the issuer.

It is also understood that "Detective Chinatown 3" has already achieved a payback when the box office reached 2.5 billion.

Before the 2021 movie Spring Festival, people in the movie industry chain such as theaters and ticketing platforms are also preparing in advance.

"Because of last year's Spring Festival, all theaters were suffocated early this year." Zhou Weicheng, manager of Beijing Wangjing Kylin Xintiandi Theater of Dadi Cinema, told reporters, "At the end of January, we have prepared sufficient epidemic prevention materials and formulated epidemic prevention measures. The emergency response plan was controlled, an isolation observation area was set up, and the employees were trained before the Spring Festival (February 8)."

Zhou Weicheng introduced that the Wangjing Kylin Xintiandi Cinema is full of members to celebrate the New Year, and 70% of them are outsiders.

"Everyone mainly considers the uncertainty of returning home, which may affect the subsequent resumption of work. Dadi Cinemas also improved the treatment of employees during the Spring Festival."

A small episode is that on January 29, theaters across the country have already been pre-sold at a 75% attendance rate, but then the relevant departments issued anti-epidemic measures to control the attendance rate of Beijing theaters at 50%, which caused many theaters to experience a "refund." ".

"Based on the background data, we judge the chronological order of users' orders, and coordinate the extra users one by one to change to other sessions, or to refund tickets."

What is gratifying is that Wangjing Kylin Xintiandi Cinema has exceeded the new target set by Dadi Cinema after the resumption of work based on the actual situation.

As a ticketing platform that directly contacts users, customer service has become the focus of pressure on the Spring Festival.

Huixin, who has been working in Taopiao for four years, said, “We are also film-related workers and entertainment-related jobs. We are the busiest when everyone is resting. Not only the Spring Festival stalls, but also usually like this. Real life Many positions in China are the same as ours, and the family members are also very understanding and supportive."

The data from the organization also corroborated the audience's feelings.

According to data from the Beacon Professional Edition, the national average ticket price for the Spring Festival this year is 48.9 yuan, which is 4.2 yuan higher than that for the 2019 Spring Festival. The increase is even more pronounced in first-tier cities.

Some netizens ridiculed that they bought a movie ticket for "Detective Chinatown 3" at a high price, "I thought I was sitting on Liu Haoran's lap to watch."

Regarding the high ticket prices reported by the audience, a cinema line manager told reporters that during the pre-sale stage, there were still many low-priced tickets due to the investment in film ticket replacement. The average ticket price of most film companies in the Spring Festival stalls was around 20 million.

But during the Spring Festival, if the audience buys tickets for nearby shows, the price will indeed be higher than usual. This is mainly due to the epidemic. The attendance rate of theaters is controlled at 75% (50% in Beijing), and many theaters also hope Recovered a little bit of last year's loss and adopted a price increase strategy.

According to data from the Beacon Professional Edition, the total number of movie viewers during the Spring Festival this year is 160 million, 30 million more than in 2019.

Last year, the movie Spring Festival file was "rejected" due to the epidemic, and the demand for watching movies was released this year. Offline theaters are also "hard to get a ticket."

Ms. Liu from Beijing said, "I planned to watch "Detective Chinatown 3" and "Hello, Li Huanying" on New Year's Eve, but the movie theaters near Shuangjing were full. Excluding the shows before ten o'clock in the morning, night shows and daytime movies Tickets are almost impossible to book. In the end, only two movie tickets for the afternoon of the fourth day of the day were booked. The seats were still in the front and rear rows, and the seats next to each other in the same row were gone." Mr. Zhang, who celebrated the New Year in a second-tier city in Jiangsu, said that before and after dinner. Popular movies and popular shows are very tight, and other shows can be selected for a good movie viewing position; Mr. Li from Daxing District in Beijing also expressed the same view.

The person in charge of the aforementioned cinema line said that the main ticket warehouses of its cinemas this year are concentrated in first-, second-, and third-tier cities. The fourth- and fifth-tier cities are full in the first and second grades, and they begin to fall after the third grade.

Song Yuxiang, the chief analyst of the Northeast Securities media industry, told the Beijing News Shell Finance reporter that under the influence of the "New Year's Day" policy, the box office performance of the first-tier cities during the Spring Festival filed exceeded expectations, an increase of nearly 50%.

The high ticket prices and high attendance together pushed up the box office of this year's Spring Festival stalls.

From the financial reports of listed film and television companies, it is not difficult to see that theater chains have suffered heavy losses, which has also led to the lack of motivation for the performance of listed film and television companies. Wang Zhonglei, vice chairman and CEO of Huayi Brothers, said in an exclusive interview with the Beijing News Shell Finance reporter, After the outbreak, in the interim statements of various film companies, most companies lost money because of their cinemas.

Song Yuxiang said that in the five days before the Spring Festival in 2021, the Top 10 cinemas achieved a total box office of 4.199 billion yuan excluding service fees, with a market share of 66.25%, which was 0.62 percentage points lower than that of the Spring Festival in 2019, of which Wanda Cinemas achieved a box office of 837 million. Yuan, an increase of 36.95% compared to the same period in 2019, and a market share of 13.21%, an increase of 0.32 percentage points compared to the same period in 2019.

Returning blood is very important for film companies that have gone through 2020.

As a "explosive money engine", Beijing culture once again bet on the dark horse of "Hello, Li Huanying", but the situation of Beijing culture, which has suffered losses and defaulted on loans for two consecutive years, is not optimistic. In the face of high short-term loans, Beijing Culture urgently needs blood transfusion cash flow.

Beijing Culture’s operating income for the film will be calculated in accordance with the agreement signed by the company and other partners.

From the perspective of capital, guaranteed issuance can also withdraw funds as soon as possible. 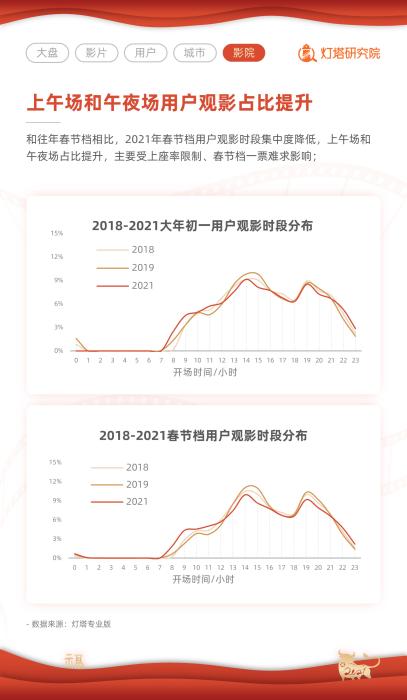 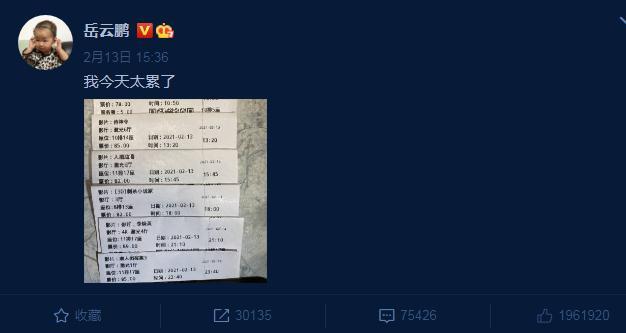