“Exactly two weeks later, without having any arguments like Iran's readiness to compromise, moreover, after Tehran's next threat to close foreign experts' access to nuclear facilities and fire up uranium production to the skies, Biden takes a step back. Or forward - if you look at him from Iran. " 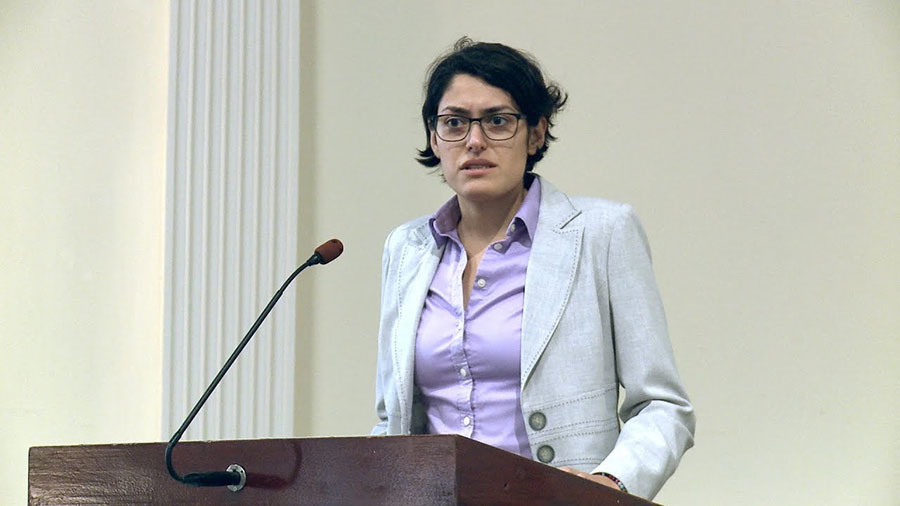 Over the past weekend, several significant, historical events took place along the Iran-US line.

However, these events also concern Russia, China and Europe.

On Saturday night Moscow time, after lengthy negotiations between the foreign ministers of Germany, France and the UK, US Secretary of State Anthony Blinken finally announced President Biden's decision: "The US is ready to begin negotiations with Iran on a nuclear deal."

A loud "hurray" was heard in Tehran, and the Iranian reformers happily waved flags from their trenches, where the godfather hawks and Ksirov's generals drove them.

There was a particularly heart-warming moment when the White House published a leaked letter from the US representative to the UN to the UN Security Council, in which the US was withdrawing Trump's last year's demands to renew the UN sanctions regime against Iran.

These are never sanctions - the same sanctions that have inflicted catastrophic damage to the Iranian economy since 2018 - but a symbolic gesture, respect Ayatollah Khamenei, who demanded not words, but action and the lifting of sanctions.

Biden's decision to return to the deal sparked a tsunami on Persian-language social media and Twitter.

Many Americans, from politicians to journalists, have called Biden a weakling who crouches under the Iranians.

Back in early February, journalist Bobby Ghosh, columnist for Bloomberg, former editor of Time, praised Biden, who refused to make concessions to Tehran, who is bargaining and blackmailed with the creation of an atomic bomb, for his "principles" and steadfastness in the Iranian issue: to make peace with the regime in Tehran, President Biden seems to have curbed his enthusiasm. "

Ghosh writes that under pressure from the White House team, Biden appointed the special envoy for Iran, Rob Malli, to the team of hawks, who were supposed to control Malli's excessive peace-loving attitude towards Iran.

On February 5, 2021, in the Bloomberg editorial column, he writes: “Biden's team is ready to compensate for Obama's mistakes in the 2015 agreement, such as failing to address Iran's non-nuclear threats and take into account the views of countries threatened by Iran.

) Claims that at the negotiating table, Iran's neighbors will discuss issues such as the missile program, the use of militias and other destabilizing actions in the region.

Biden has shown a willingness to wield a more imposing club than his predecessor.

Tehran experienced a real shock this week when it faced the administration's tough stance on Iran's clandestine attempts to export oil. ”

We are talking about the events I described in the column "Iran - Russia - China: a very sharp triangle", as well as the suit of the US Department of Justice in the district court demanding the arrest of 2 million barrels of oil transported by tanker, which Iran allegedly used to transport oil for border.

Exactly two weeks later, without having any arguments like Iran's readiness to compromise, moreover, after Tehran's next threat to close foreign experts' access to nuclear facilities and fire up uranium production to the skies, Biden takes a step back.

Or forward - if you look at it from Iran.

Those who thought (it is not clear for what reasons) that Biden would be tougher and more principled than Obama in matters of the nuclear deal are in shock.

(Are you surprised, Bobby?)

Xiyue Wang, a Chinese American, Princeton and Harvard scholar who came to Iran in 2016, during the U.S.-Iranian war, was arrested and sentenced to ten years on espionage charges for taking an interest in archival materials related ... to the Qajar dynasty (1785-1925), preparing for a doctorate in Eurasia.

After serving three years, he was used as a bargaining chip for the exchange of an important Iranian citizen convicted in the United States with an important surname - Dr. Masoud Soleimani.

Upon learning of Biden's decision, he writes on Twitter a post that spreads throughout the "Iranian" segment: “Biden is losing US credibility by being the first to offer talks to the Islamic Republic.

Now Tehran will have good reason to believe that Biden is a trifle, and extortion works.

It's very funny, but the day after the announced US decision to start negotiations on a nuclear deal, a response came from Tehran.

Yes, undoubtedly, it is dictated by Ayatollah Khamenei and the hawks who painfully experience any success of Rouhani and his team.

But nevertheless, it was officially announced on Sunday on Iranian Press TV in the words of Foreign Minister Zarif: “After the restoration of the nuclear deal in 2015 by lifting sanctions, Iran plans to hold talks on the damage done to us by the United States.

According to our calculations, this is approximately $ 1 trillion. "

Zarif said Trump reimposed 800 sanctions against Iran, and lifting them is a prerequisite for Tehran to sign the deal.

Someone whistled with Iranian audacity in admiration.

Someone is skeptical: that's it, now the Americans will be offended and slam the door of opportunity.

The author of this column has his own set of signs and observations, according to which a successful outcome of the Iranian deal can be predicted.

1. One day with the announcement of the US decision to return to negotiations on the deal, the Biden-Harris administration announced a new senior adviser to the White House.

It was the daughter of an influential scientist of the Islamic Republic of Iran, Arian Tabatabai.

Say it out loud and feel: the daughter of a scientist of the Islamic Republic of Iran, political philosopher Javad Tabatabai, whom Rouhani personally presented state awards to, is becoming a senior advisor to the US Secretary of State's Arms Control and International Security Committee.

In my memory, this is the most status elevation of the Rouhani people in the White House.

And it cannot be accidental, not related to a strategic decision.

Arian Tabatabai, by the way, as befits the children of the Iranian elite, received an excellent education in the West - before her appointment she was a researcher at the Alliance for Democracy of the German Marshall Fund *, a researcher at Columbia University, received a doctorate from the Department of Military Studies at King's College London and wrote two books.

I recommend her book, No Conquest, No Defeat, on the analysis of Iran's historical national security strategy.

2. On Sunday, IAEA head Rafael Grossi flew to Tehran, negotiations with the "nuclear" Iranian team and Javad Zarif lasted until the evening.

Both sides walked out from behind closed doors extremely pleased and reported very productive negotiations.

Arriving in Vienna and meeting with a crowd of journalists, Grossi said that yes, on February 23, Iran is restricting the agency's inspectors' access to its nuclear facilities, but during the three months it gives the Americans a chance to save the deal, Tehran will shoot nuclear facilities from the inside on video cameras and keep the tapes at home.

If there is a deal, they will be given in a box with a red bow (about the box and the bow is an artistic exaggeration of the author, but who knows?).

3. And finally, the third argument.

China is waiting for Iranian oil, Russia is also waiting for the lifting of sanctions so as not to fear sanctions from the United States.

Europe is waiting for Iranian oil and gas.

But even this all pales in comparison to the $ 1 trillion figure shining with colorful lights in the night sky.

$ 1 trillion can make happy not only Iranian reformers, but also implacable hawks and international partners.

$ 1 trillion, which is technically and intricately, according to complex schemes of mutual settlements, will settle in Swiss banks.

The media write that Iran and the United States have announced the beginning of a prisoner exchange procedure.

It also clarified: "All communications on the exchange of prisoners took place in Switzerland and through the Swiss Embassy in Tehran."

Switzerland has traditionally been a neutral territory for all (including financial) transactions between the United States and Iran.

The exchange of prisoners and the public inclusion of Switzerland in the negotiation process is the start of a nuclear deal.

And this sign is more accurate than the one that swallows flying low - to the rain.

* The German Marshall Fund of the United States is an organization whose activities have been declared undesirable on the territory of the Russian Federation by the decision of the Prosecutor General's Office dated 20.03.2018.