The Turkish 'Martian Lake' that showed the way to Perseverance

NASA's most advanced rover has been circulating since last Thursday through a crater on Mars called Jezero. He is not lost. A unique Turkish lake in the world has allowed engineers 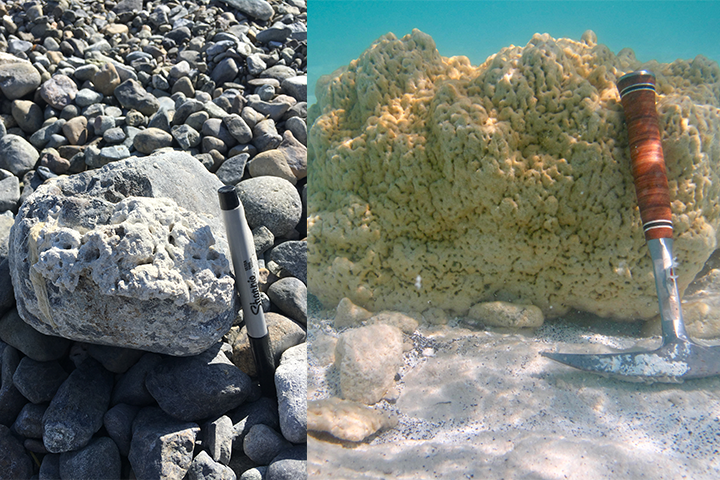 He is not lost.

unique Turkish lake in the world

has allowed space engineers to prepare expressly for what could be found on the red planet.

This blue and white enclave in southwestern Turkey bears

to where the US mission plans to extract key material to explain the Martian past.

Until just two years ago,

in Burdur province was a must-see for Turks.

Still far from the international tourism circuits, the place had earned the nickname of

for the color of its waters and the softness and pale tone of its sands.

Briony Horgan, a scientist from Purdue University and a member of the Perseverance team, and colleagues from Istanbul Polytechnic University traveled there in 2019.

What they found was a lake containing

, hence the attractive color of part of its shore, and sediment deposits similar to those detected in the Jezero crater, which, in fact, is believed to have once also been a lake.

As NASA explains in a publication, the singularities go much further.

formed with the help of microbes,

If identical structures are found in Jezero, researchers from the US agency could conclude

that there is or was life on Mars

"If there were microbes in ancient Lake Jezero, where did they live and form microbial structures? Where are the best places to look for evidence of their existence in the past? Next to underground springs? Near the delta? Or further afield, On quiet shores or muddy inlets? "scientists wonder.

His study also delved into how the rocks settled in the alluvial fans of Lake Salda.

Researchers have detected that, like in the Turkish lake, the Martian crater has an

that could circulate between three and four billion years ago.

It will now be the task of the vehicle to get as close as possible to the material and probe it with the Percy robot.

And from the subsequent planned missions, embark them and successfully bring them back to Earth.

Turkey thrives on the utility of one of its most fantastic landscapes.

The Minister of Environment and Urbanism, Murat Kurum, highlighted the role of the site.

"Lake Salda, which we will preserve in its natural state for future generations,

will also shed light on an exciting study

for the scientific world, in addition to being a unique structure for its visual beauty," he said, in words collected by the Sabah newspaper.

Not surprisingly, Turkey has just announced its own space aspirations.

The president, Recep Tayyip Erdogan, has promised that by 2023, coinciding with the 100th anniversary of the Turkish Republic, they

- a workhorse of Turkish nationalism -

In between, according to Ankara's plans, they will take the first Turkish astronaut to the International Space Station.

Future Science is magic again: the golden age of innovation that will follow the pandemic