Vulgar is vulgar, and there is no "standard"!

Chinanews.com client, Beijing, February 20 (Reporter Zhang Xu) Recently, the Internet celebrity milk tea brand Cha Yanyue Se was on the forefront because of a slogan-"There are many beauties who come to Chayan to buy milk tea. If you happen to know One, you can tell our friends in a low voice:'I picked up a basket'", accused of objectifying women and disrespecting women. Cha Yanyue's "picking 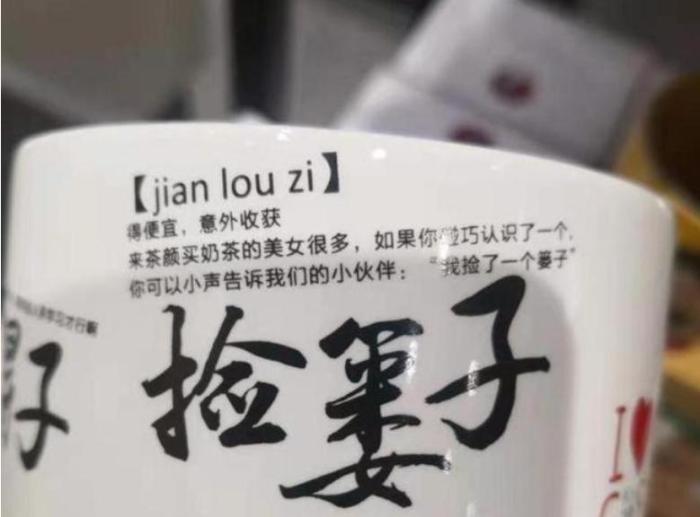 Chinanews.com client, Beijing, February 20 (Reporter Zhang Xu) Recently, the Internet celebrity milk tea brand Cha Yanyue Se was on the forefront because of a slogan-"There are many beauties who come to Chayan to buy milk tea. If you happen to know One, you can tell our friends in a low voice:'I picked up a basket'", accused of objectifying women and disrespecting women.

Later, from February 19th to 20th, Cha Yanyuese apologized twice and explained, "The sentence was made bluntly, I did not grasp the scale, and failed to do it without ambiguity..." This was by netizens. It is understood as: "Tea Yanyue is confessed, and the ad word is not technically handled", "This shows that the copywriting has problems in the design direction."

Late at night on February 19, Cha Yanyue Se apologized for the first time.

In fact, Cha Yan Yue is not a "first offender."

Tea Yanyue Se previously launched the slogan "I want an official" and "Royal Horse", and the package on the bag is "I want a female man", "Come in an undressed cup", "Bath for 3-5 minutes", "Quickly enjoy "Let's" "under house arrest in the refrigerator", and so on, the same is also playing vulgar cards and playing pornography.

A brand with women as the main consumer, constantly belittling and offending women by playing pornographic sideballs, making the same mistakes time and time again. Cha Yan Yue Se now explains that "Failure to do so will not produce ambiguity" and "unintentional mistakes." "" makes it difficult for the resisting consumers to believe: one mistake is an ambiguity, and if you make repeated mistakes, can you still use "ambiguity" as a prevarication?

Is it inaccurate positioning, lax control, or a problem of corporate values?

In fact, it is not uncommon to see pornography as creativity and vulgarity as fun.

In 2013, the "Come to the End" poster appeared at the Tsingtao Beer Festival. Next to it was a well-dressed young girl. Many parents worried about the adverse effects on their children and pulled their children away.

In 2017, Juewei's duck neck advertising slogan "fresh and juicy, do you want it?" It seemed to be talking about duck necks, but it was accompanied by girls locked in chains. They were criticized by consumers and punished by market supervision departments.

In 2018, Zhengzhou Vanke City’s advertisement “The spring breeze is ten miles drunk, not as good as the student girl under the tree.” Since Vanke City is located on the new campus of Zhengzhou University, this move was considered to be an insult to Zheng University’s sons and aroused public outrage.

There are so many similar cases.

Going back to the Cha Yan Yue Se incident, as an online celebrity milk tea brand with women as the main consumer, the tea Yan Yue Se marketing plan strives to gain attention and earn traffic. There is nothing wrong with it, but the advertisements must not be out of line, not violate public order and good customs, let alone violate Illegal.

Advertising objectifying and insulting women is undoubtedly an act of "self-destructing one's future".

In 2021, if corporate advertising is still going down the road, thinking that there is everything if you have eyeballs, and thinking that you can sit back and relax if you are playing a side ball, such a wishful thinking is wrong!

The tea Yanyue color violated the bottom line of consumers and was boycotted, which sounded a wake-up call for all corporate brands with similar ideas.