Film review: Football and politics in a documentary about Pelé

Ben Nicholas and David Tryhorn's documentary is based on a rich stock of news clips and journal images, but is still not really in the crosshairs, is more on the defensive than other more forward-leaning genre friends. 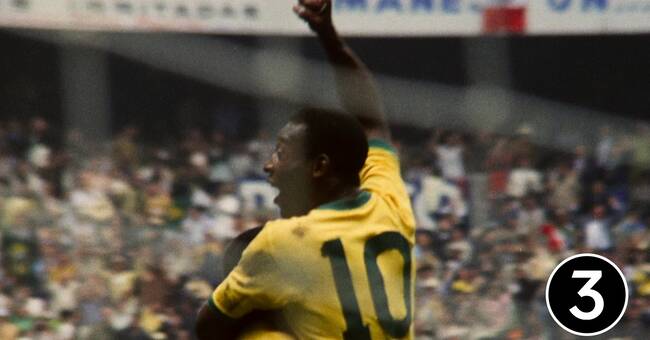 Pelé hurries forward with a walker from the left edge of the picture, sinks into the chair in front of the camera and says:

"I have never considered myself better than anyone else".

One would be easily surprised if the words had come out of Zlatan's or Ronaldo's mouth ... but Pelé's statement is marked by the male team that according to this film also prevails in Brazil.

Especially in the poorest corner of the country where Edson Arantes do Nascimento, aka Pelé, grew up.

A little nice anyway, that we Swedes are not alone in walking around on that old foot shackle.

But Pelé redeemed the brass, put the nation on the map and put Jante on the stand.

football player to have won the World Cup three times.

He broke through internationally already as an 18-year-old in the WC 1958, here in Sweden (the first and only time that our national team has reached the final) and retired shortly after the gold in the WC 1970. It is in that time span that the documentary moves , and even though it mostly stays on the green carpet, we get a bit of upbringing, social context and just a little bit of privacy.

Filmmakers Ben Nicholas and David Tryhorn's documentary is based on a rich stock of news clips and journal images, but it is still not really in the crosshairs, is more on defense than other more forward-leaning genre friends such as recent Last dance (about Michael Jordan) and When we were kings (Muhammed Ali), but as a football fan, it is of course fun to watch old tubs and battles, even though we have seen most things before.

It is only when the film zooms out and looks at the political situation that surrounded the construction of the icon Pelé, especially then the military coup in 1964 and the dictator Medici's reign of terror.

was a national concern, Pelé and his teammates were ball-rolling ambassadors and football served as an opium for the oppressed people.

Some of the many interviewed greats from the past believe that Pelé, like the boxing giant Muhammed Ali did in the US, could have taken a stand against power, but the ball genius kept slipping away from all political issues, letting the dictator bask in the star's light.

But as someone else says: It is easy to oppose if you do not live in a brutal dictatorship.

Pelé knew that one wrong step was enough for everything he had achieved to collapse.

Better then to duck.

Now in the service of power.

by how the sport has developed since Pelé's heyday.

If you are to believe the pictures from the arenas of that time, it did not go directly out there on the pitch.

Today's professional football may be populated by arrogant multimillionaires, but pace and ball technique are of a completely different caliber.

The question is whether Bakvattnets BK in 2021 could not have won the 1958 WC.