According to the German Meteorological Service, northern Germany is threatened by extreme snowfall and drifting snow at the weekend - it publishes an "official hazard report". As a precaution, the railway is discontinuing long-distance traffic on several routes. 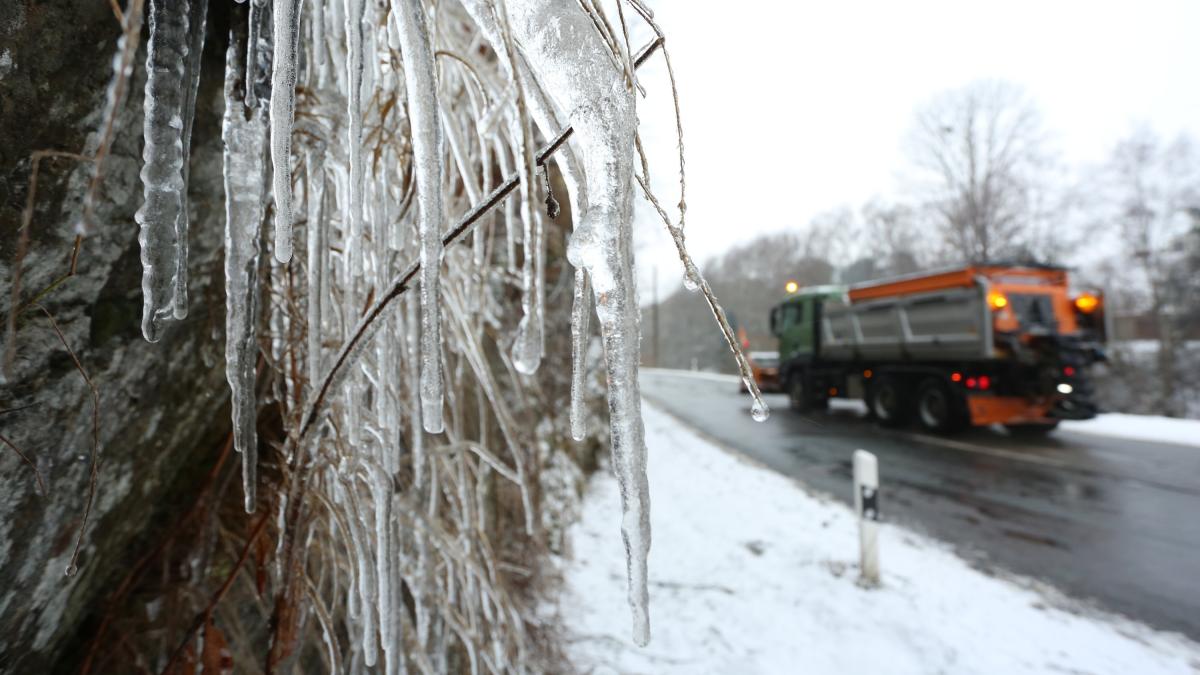 Freezing cold, blizzards and black ice: In parts of Germany, clearing teams and fire brigades are ready for one of the biggest missions in years.

According to the German Weather Service (DWD), extreme snowfall and drifting snow can be expected in parts of Germany until Monday night.

Roads and railways could no longer be passable.

Individual train connections have already been blocked as a precaution - but only in the middle and north of the country.

Because the weather in the south is very different, where people expect significantly milder temperatures.

The reason: While cold air of arctic origin lies over central Germany, low pressure areas over Western Europe direct very mild air to Bavaria and Baden-Württemberg, according to the DWD.

According to the experts, the expected weather development at this warning level is "extremely dangerous".

“Life-threatening situations can arise and great damage and destruction can occur.

Behave very carefully and inform yourself regularly about the development of the dangerous weather situation.

In any case, follow any instructions given by the authorities, law enforcement and auxiliary staff.

Prepare for extraordinary measures, ”it says on the DWD website.

During the night, the meteorologists expected heavy snowfall and extreme snow drifts from west to east from Bocholt to Magdeburg.

In large parts of North Rhine-Westphalia, Hesse, Rhineland-Palatinate, Thuringia and Saxony there is said to be black ice.

At the edge of the Alps there were warnings of heavy gusts of wind, in the north and the center of gusts of wind and gusts.

There were initially no reports of accidents on Saturday.

In Brandenburg, however, the police reported at lunchtime that drivers would already have to expect occasional slippery roads.

Many people seemed to be sticking to the severe weather warnings, for example in the snowy Harz, which day trippers largely avoided on Saturday.

"We are pleased to note that most of the people took the severe weather warnings seriously and only a few made their way to us in the Upper Harz", wrote the Goslar police on Facebook.

One hopes to be able to say something similar at the end of tomorrow.

The meteorologists expect snow chaos into the night of Monday.

In the north of central Germany, 15 to 40 centimeters of fresh snow and drifts of snow up to over a meter can be expected.

The railway put its snow removal teams on standby, but still warned of possible train cancellations.

The connection between Hamburg and Rostock / Stralsund / Binz was also affected by the adjustments.

Impairments were also to be expected in regional traffic, for example in North Rhine-Westphalia.

In Lower Saxony the fire brigade and disaster control, police, transport companies and railways, road maintenance services and clearance services were on alert.

"Only drive with winter equipment and generally avoid driving!", It said in the official warning from the DWD on Saturday.

The people in the south, where the DWD had predicted much milder temperatures, have to worry less.

Even if the weather on Saturday, at least in Bavaria, did not develop quite as contrary as expected.

"If you disregard the extreme north and the extreme south, it is pretty uniform everywhere, thickly cloudy and between four and eight degrees," said a meteorologist from the DWD.

The predicted spring-like weather near the Alps did not materialize.

In Munich, surfers enjoyed their sport on the artificial wave in the English Garden on Saturday.

Thickly wrapped in neoprene, they defied the temperatures of the Eisbach.