Reynald Pedros is the new coach of the Moroccan women's national team. The Frenchman, who notably led Olympique Lyonnais, one of the best clubs in the world, explains this new c… 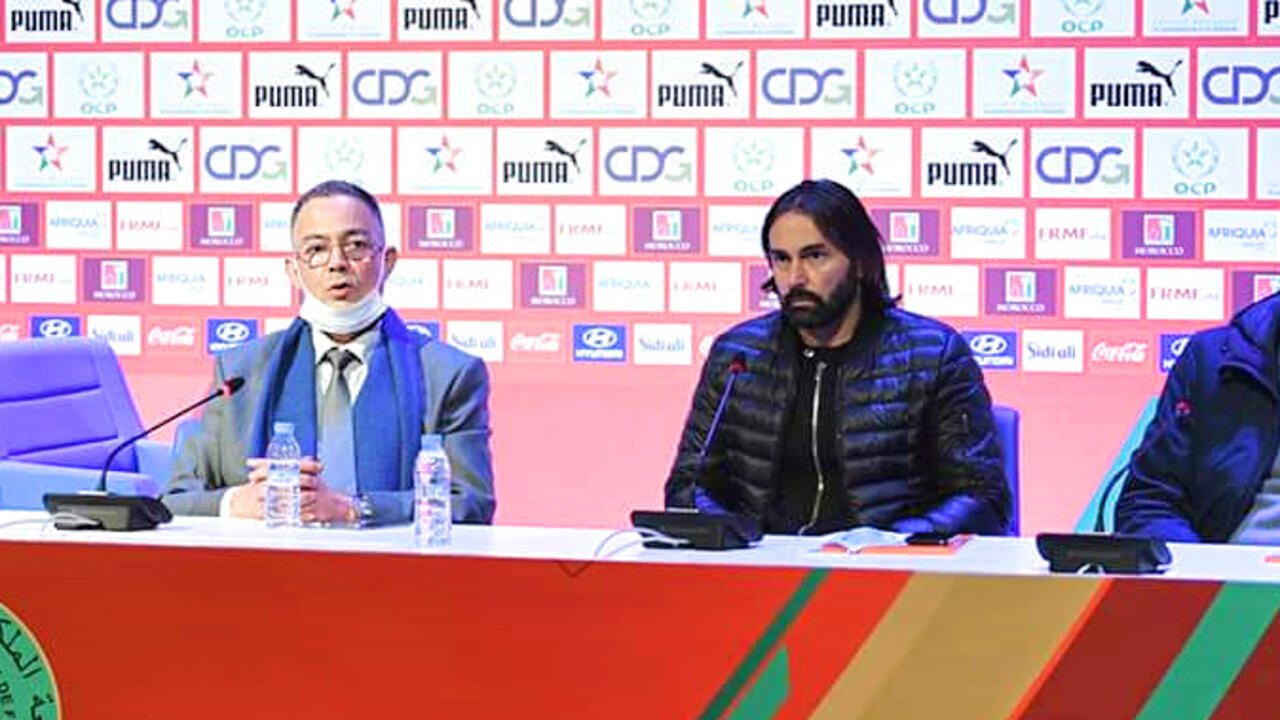 Reynald Pedros, during his presentation to the press, next to the President of the Moroccan Federation, Fouzi Lekjaa.

Reynald Pedros is the new coach of the Moroccan women's national team.

The Frenchman, who notably led Olympique Lyonnais, one of the best clubs in the world, explains this new career choice.

The former midfielder of FC Nantes and the France team also displays his ambitions with the Atlas Lionesses: to shine at the next African Cup of Nations (CAN 2022) at home and thus qualify for the World Cup 2023. Interview.

RFI: Reynald Pedros, how is your adaptation in Morocco going

I have been in Morocco with my assistant since December.

We are of course working towards CAN 2022. There are a lot of things to put in place.

We have set up a staff for the national women's A team, but also that for the under-20s and the under-17s.

And we are now in the process of planning the February camp, in order to get to the heart of the matter with the binational and local players, so that we can start to work well.

Why did you choose Morocco

While talking with the president of the Federation [

], I felt that he really wanted me to come.

And then the sporting challenge is very interesting.

We have women's football in Morocco which is called upon to evolve because it is barely professional.

But the president has this very big ambition: to professionalize women's football.

We also see it through the organization of the next CAN.

[…] There is also the fact that it is a national team.

So far, I had only coached in clubs.

And then, Morocco is a country where we speak French and where I had already been.

In short, all of this made the challenge super interesting for me.

It is for all that that I started.

Do you understand that this choice to train Morocco, which is not among the best nations in Africa in women's football, can be surprising

Because, you previously coached Olympique Lyonnais, which is sometimes considered the best women's club in the world.

It may be surprising for people who don't know me.

I don't have a career plan.

I'm not telling myself that, because I coached Lyon, I only want teams of the same level.

It would be very complicated if I reasoned like that.

I had a superb experience in Lyon, with a lot of titles to choose from, fantastic players.

And, now, what I did in Lyon, I want to do it again on a slightly smaller scale.

Because it's true that I'm not going to train the same players.

But, here in Morocco, we can consider ourselves privileged, to have a job like this, abroad, in a field that pleases us and with ambitions.

In addition, we arrive with a blank page.

So, yes, I can understand that some people are surprised about my journey.

I work a lot by feeling with the people in front of me.

And that's what I'm here for today.

When negotiating your contract, you should know that Morocco was planning to organize the next Women's African Cup of Nations (CAN 2022), which will qualify for the 2023 World Cup.

) When I signed, there was talk of qualifying for CAN 2022. I was not aware that we were going to apply to organize it.

It was only in December that I was informed.

This is obviously a good surprise for you, since Morocco is automatically qualified for CAN 2022 and the semi-finalists of this 12-team tournament will go to the 2023 World Cup scheduled in Australia and New Zealand.

You will therefore be able to calmly prepare for this African Cup at home.

It is a great opportunity.

Being qualified or having to qualify, in the course of our work, is necessarily different.

And then, it's important for binationals.

When we go to work with them, try to convince the best to join us, we will have this argument to make.

In their reflection, the CAN will be important.

In any case, the Federation is giving us a great gift.

And then, it offers superb visibility to Moroccan football, that this CAN 2022 takes place here.

Are you going to focus on attracting players born in France, Belgium or the Netherlands, for example

Or will you on the contrary rely mainly on local players

It's important to rely on everyone.

Today, there is a hard core of local players.

But I think it's also important to strengthen the selection with players who play abroad.

The objective is obviously that these players playing abroad bring a plus to the selection, and not that they are in the national team because they play abroad.

They will have to bring more to the local players.

Our objective is quite simply to form a hard core of Moroccan players, whether they are playing in Morocco or abroad.

The goal is that we start to work together so that we can win this CAN 2022. Today, I'm not excluding anyone.

There is quality in Morocco and also among the players who play abroad.

What were your impressions of the level of the local players

] and the players of this club are almost all in the national team.

It reminds me a little of Lyon, in France, even if there is now PSG which is gaining a little ground and which is in the fight.

In Morocco, there is a dominant team and, behind, clubs which make their championship.

I think the level of local players is pretty good.

We had them in internship in January.

They are very technical players who like to have the ball.

I was pleasantly surprised.

Afterwards, we will work on very specific axes.

For that, we have to have them regularly in training, to see how they behave.

We will also attend the Championship matches to see how they behave in the club.

In addition to that, we will take the best binationals to form a competitive group.

Does Morocco still seem far from the best African nations, such as Nigeria, Cameroon or South Africa, which competed in the 2019 World Cup?

I don't have any particular reference points in relation to these teams, because I haven't seen them play much.

This is where we want to take the Moroccan team.

Foot: the 2022 Women's African Cup of Nations in Morocco